Bakamus was a fan favorite during his time at GU. Now, he's a graduate assistant for Baylor and preparing to take on his former team on Saturday. 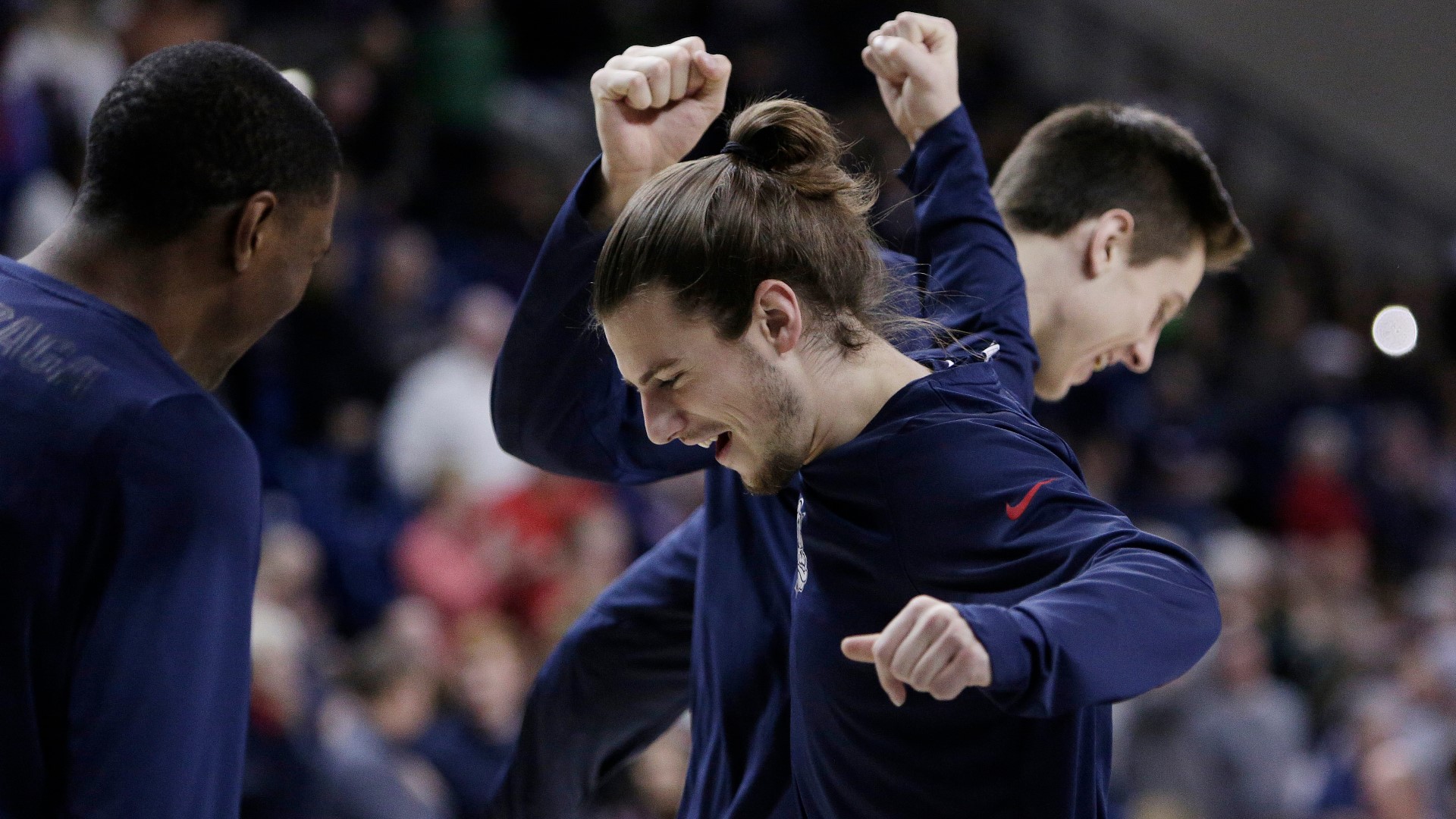 SPOKANE, Wash. — Rem Bakamus is one of the most —  if not the most — beloved walk-ons in Gonzaga men's basketball history. On Saturday, though, he’ll have a bit of a heel turn.

"I'm still a Zag at heart, but when that ball tips off, there’s no Gonzaga running through me at that point," Bakamus said.

On Saturday, it will be a No. 1 versus No. 2 battle royale in Indianapolis with Gonzaga and Baylor tipping off. Bakamus, who is now a graduate assistant on Baylor, will be in the center of it.

In the grand scheme of things, though, it hasn’t been that long since Bakamus has been in this position.

In 2019, he also faced off against the Zags while in the same role with Baylor in the NCAA Tournament. The Bulldogs beat the Bears 83-71.

"That’s definitely the weirdest game I’ve been a part of in my entire playing or young coaching career," he said.

It won’t be as weird this time around for Bakamus because, unlike in 2019, he's never been teammates with anyone currently on Gonzaga's squad.

However, he knows the staff well and he does have a former teammate, Gary Bell Jr., who’s a graduate assistant for the Zags now, too.

"I’m looking forward to my group messages after the game. I know everybody’s rooting against me for once, but it’s for good reason," Bakamus said.

The stakes will definitely be different as Gonzaga was heavily favored in the 2019 affair. They’ll be favored for this game as well, but the line won’t be as large on Saturday.

Bakamus certainly understands the hype around the Bulldogs this season.

"I think my reaction was very similar to every other basketball fan in the country. I was very, very impressed with them," Bakamus said of watching the Zags through their first two games.

Bakamus was on the 2017 Gonzaga team that made the national championship game, so where does he think this year’s team stands in the Gonzaga pantheon?

"I’m not really into comparing teams. I played on too many good teams, but I’ll never bet against any of my former teams, that’s for sure," Bakamus said with a laugh.