Here's everything that happened at Gonzaga's 2021 Kraziness in the Kennel

Gonzaga fans have reason to be excited after this year's "Kraziness," despite the news around coach Mark Few and Dominick Harris. 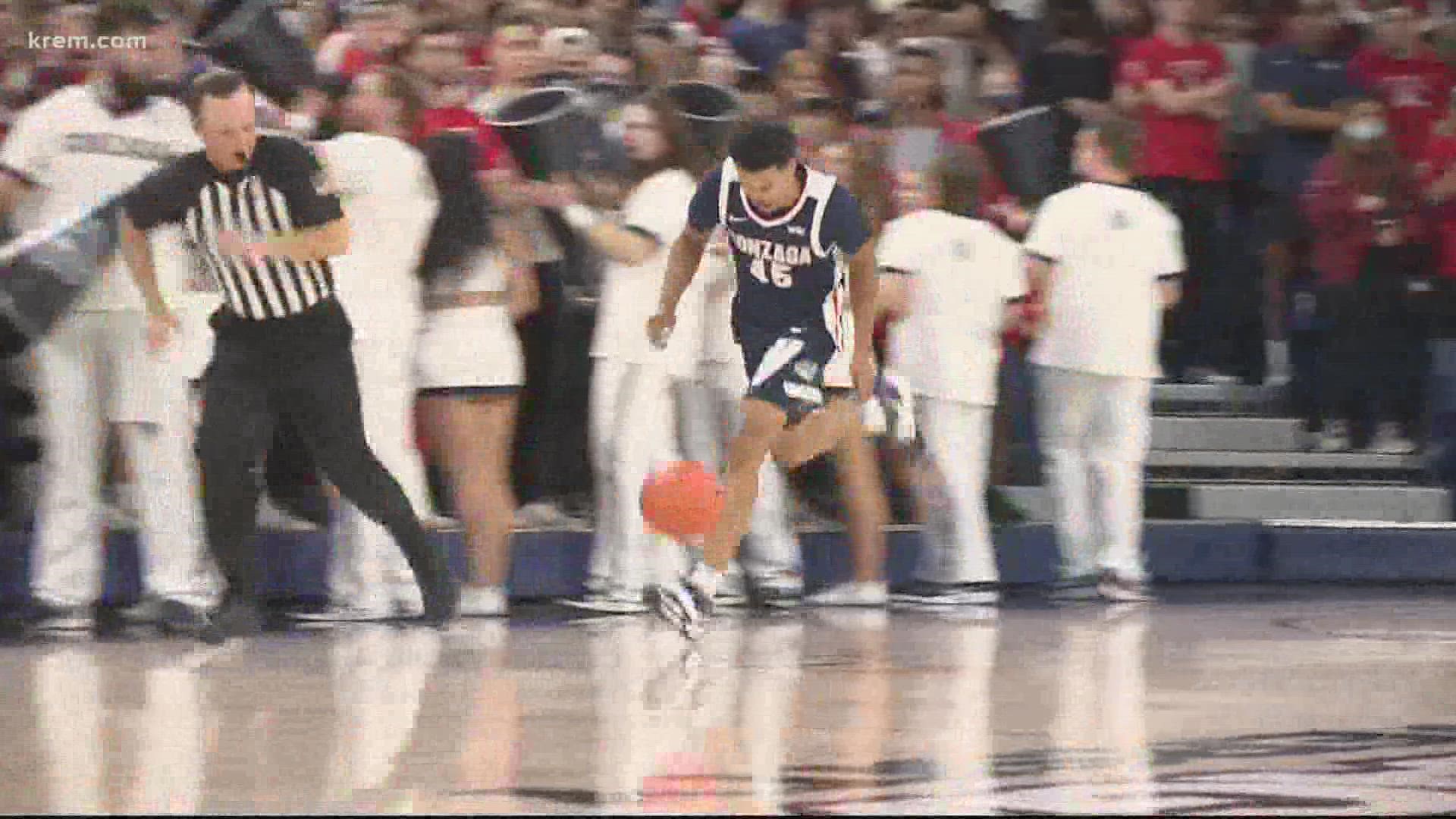 SPOKANE, Wash — The 2021 annual Kraziness in the Kennel scrimmage ended in a tie after forward Ben Gregg sunk a three-point shot near the end of the game.

The event kicked off with fans stomping their feet to the unveiling of this year’s Bulldogs team, led by junior power forward Drew Timme. After his team took the court, Timme addressed the crowd, thanking them for their support and proclaiming that the team would be "taking it all this year." After Timme and his teammates rallied the crowd, the Bulldogs unveiled their 2021 Final Four banner.

Gonzaga fans were treated to all the spectacles promised with Kraziness. The three-point contest showcased the talents of Andrew Nembhard, Nolan Hickman, Matt Lang and 7-foot freshman center Chet Holmgren. A consensus five-star recruit and the number one player in the 2021 class, Holmgren is set to be a promising new addition to the Bulldog’s roster.

The slam dunk contest included a breathtaking winner from freshman guard Hunter Sallis. While in mid-air, Sallis shifted the ball underneath his legs before catapulting it into the net with his other hand. The crowd was sent into a frenzy as Sallis staggered and slid into a mob of his teammates.

In a press conference after the scrimmage, Timme expressed his confidence in this year’s team, joking that “the practices are now harder than the games.”

“Why wouldn’t I be confident?” Timme said. “I feel like we’re the best team in the country and I’m going to stand by that for as long as I live. I have no wavering confidence in that regard.”

Drew Timme on what made him so confident to proclaim to The Kennel that Gonzaga will win it all this year:

"Why wouldn't I be confident? I feel like we're the best team in the country and I'm going stand by that for as long as live. I have no wavering confidence in that regard. https://t.co/gSaT26Anpx pic.twitter.com/mxCpKYJYxx

While they have reason to be confident, the Bulldogs have hit a few snags going into this season, most notably Coach Mark Few’s recent DUI and suspension. Brian Michaelson, who will coach the team during Few’s suspension, was not available to answer media questions.

“Coach is a great leader,” Timme said of Few. “He leads us every day, in and out. No one’s perfect and everyone messes up. He’s taken his punishment like a man and he’s owned up to it. We have nothing but respect for him and we’ll stand by him no matter what.”

The team is also feeling the absence of guard Dominick Harris, who was recently ruled out indefinitely with a right foot injury.

Despite these difficulties, the Bulldogs put up a strong showing at this year’s Kraziness in the Kennel. When asked about his first experience in the Kennel with fans, senior Andrew Nembhard replied: “It lived up to the expectations.”