Shoot 360 offers skill development and shooting stations where players can use high-tech tools to improve their game. 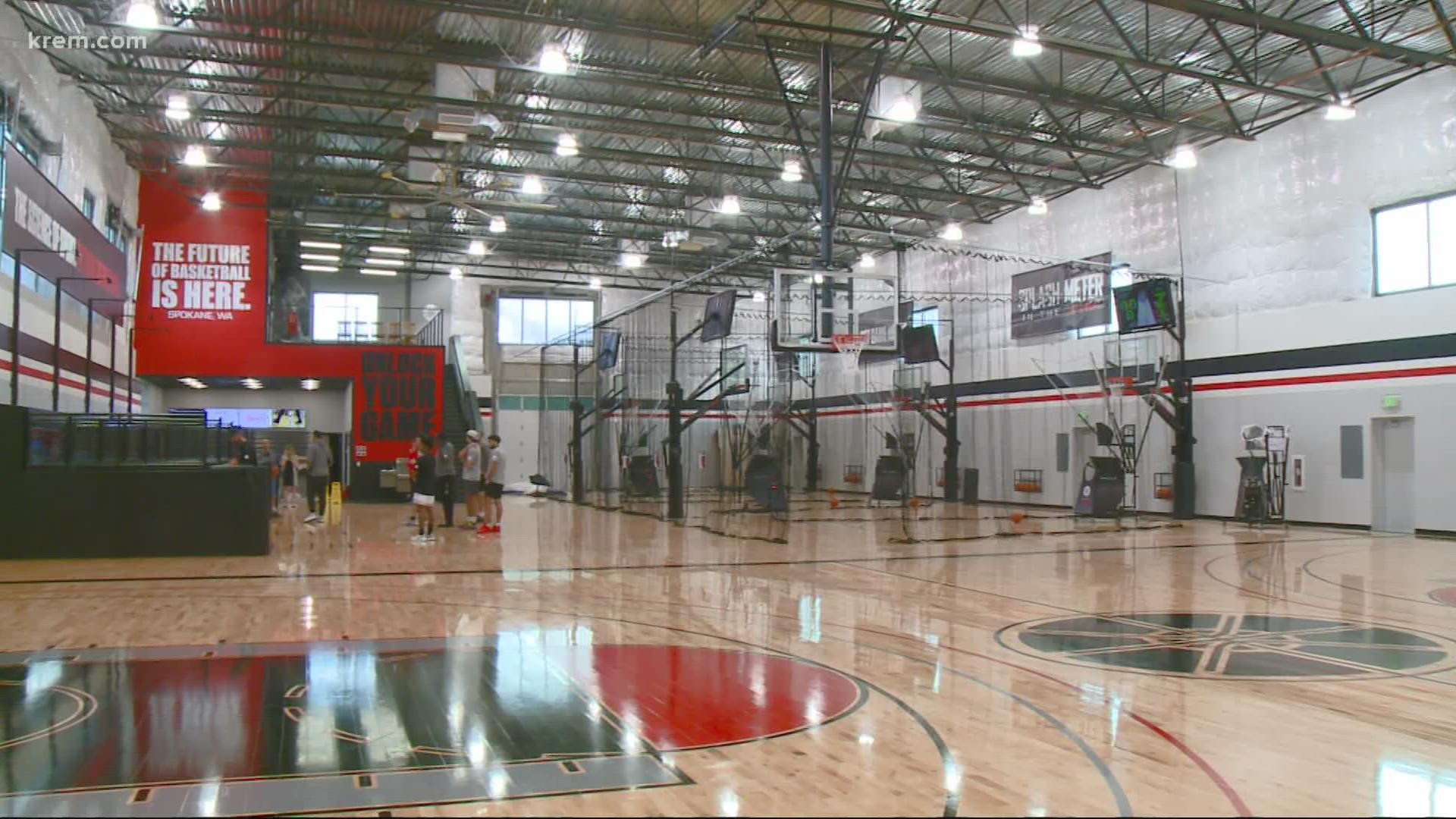 "People have given so much to the game here in Spokane and made it so unique. I'm just glad to have a small part of what's looking like the future of basketball here in Spokane," Dickau said.

We break down what the facility entails below:

There are five shooting stations at the facility that all feature their own shooting guns that are retrofitted for Shoot 360's technology.

That technology tracks every shot a player takes and then gives players both audio and video feedback of the analytics of a player's shot. Those analytics include the degree of arc on a players shot and the placement of each shot in the basket. The statistics also update in real-time how a player is performing in those analytics over all of the shots they have taken.

After the workout, the analytics and statistics of the shooting session are then uploaded for members onto an app.

"You tell mom and dad, 'Hey, I took 250 shots in my 30 minutes, and I shot 60% from the field. It will update within the hour of you finishing your workout to the app, so mom and dad are going to know if you were lying," said Dickau with a chuckle.

The stations also feature a variety of options of what you can do on them. You can customize your own workouts, play shooting competitions, or do programmed workouts that are customized to various skill levels.

These pre-programmed workouts feature various ballhandling moves into shoots. There is a screen above the hoop that models those ballhandling skills before you do them and then the technology tracks you doing them in real time. The technology is so precise that it can tell if your foot is on the line if you're taking a three-pointer.

The competitions can vary from playing popular shooting game 21, streak games (such as how many free throws someone can make in a row), and several other games the company has developed. Once you complete the games, your stats are put in to the system so you can see how you stack up globally across all Shoot 360 locations or locally at your own Shoot 360 location.

The hoop height can also adjusted for little kids as well as the passing trajectory from the shooting machine.

Like the shooting stations, there are five skill stations.

These stations can be used for ball handling drills, passing drills, or drills that combine both ball handling and passing. There are over 200 pre-loaded workouts and the company is planning on adding more in the next two months.

"In the game of basketball, your ball handling and your basketball skills are just like your vitamins. You've got to take them every single day," Dickau said.

For the dribbling drills, they'll have a rundown of what the drill requires on the left side of the screen and will guide you through each movement.

An example of passing drill is passing the ball at the screen trying to hit moving targets.

The stations can also be linked so people in the facility can compete against each other.

The court at Shoot 360 is bit shorter than a full court. The plan is to rent it out to basketball teams for practice, as Spokane has a shortage of courts, Dickau said.

The upstairs of the facility features an area for parents to watch their kids while they are shooting.

It also has a conference room that Dickau plans to rent out so people can have game watch parties or team film sessions there. There are also plans in the future to host basketball IQ classes in the room.

Players won't go it alone in the facility.

There will be court coaches there that will teach players how to use technology and also give players pointers.

"How our court coaches work is similar to a waiter at a restaurant. Every time you come in we'll have coaches floating around. They could say, like, 'Last time your shot was flat. How is that going?' Or, 'Hey your footwork, you got to get more consistent with it," Dickau said.

Prior to signing up for a membership, people can sign up online for a new shooter evaluation, which shows people how to use the technology.

You can find more information on how to get a membership here.