At one point in the 1930's, there was a movement for the Zags to change their mascot to one that, well, is certainly not prevalent. 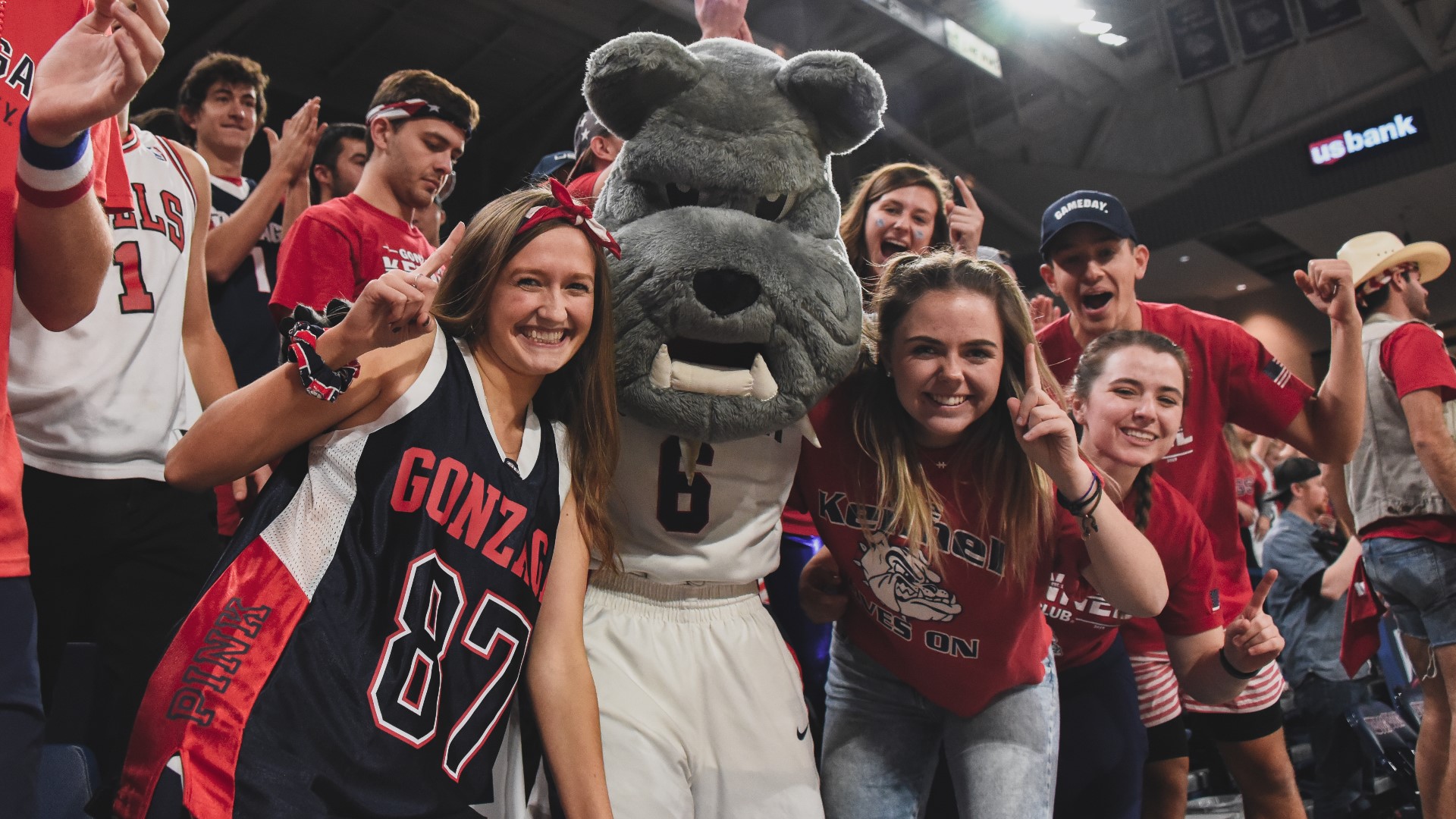 SPOKANE, Wash. — The Inland Northwest is a unique place for college athletics.

In our third installment of our Mascot Mania series, we’re delving into the history of the Gonzaga Bulldogs. We all know Spike, but how did he come to be? Well, there have definitely been some twists and turns on the journey.

There was one year where the Zags’ football team was referred to as something else though. In 1911, there were so many Irish Catholic boys on the team that they were called the Fighting Irish. Nope, this has no connection to Notre Dame, just a coincidence.

Ten years later, the school picked the Bulldogs as their mascot. Some people have said the Bulldog was chosen because someone wrote that the football team fought tenaciously like Bulldogs, however there is no evidence to support that.

A year later though he was poisoned. Potentially one of the reasons? Gonzaga teams across all levels performed poorly after Teddy was introduced.

It might seem weird that the first Bulldog mascot was a Boston Bull Terrier, but there were a lot of iterations of the Bulldog that weren’t exactly a bulldog back then.

Then there’s this unnamed mascot in 1928, who I would not want to see in a dark alley.

Or this unnamed mascot in an ambiguous time in the 1930’s.

Finally, in 1934 we get a Bulldog that looks, well, like a Bulldog.

During this time though, some students wanted the mascot to be changed from the Bulldogs to … the Emperors. This change was suggested for many reasons, including its fit with the region’s nickname of the Inland Empire, it embodied Gonzaga’s spirit better than a sluggish Bulldog, and it was unique. That’s one way to put it. Even Bing Crosby supported the idea.

Mercifully, the Emperors movement fizzled out, and in 1937 Crosby helped introduce the school’s first fight song, complete with a Bulldog on the cover.

The next picture we have of a mascot was in 1949 of a Bulldog named Finnegan McGinty the First. Now that is a name. He was also known as Corky.

The year 1951 brought along Bullet, a female bulldog.

There was a competition to name her and the person who named her won a carton of Chesterfield cigarettes. Apparently, her maiden name was Petunia?

I’m thinking this means her original name was Petunia, which, to be honest, I like way better.

Yes, that was the dog’s name. Ironically, he was an English Bulldog.

Then Salty came along in 1966. Salty is definitely the most colorful of the live Gonzaga Bulldog mascots.

Credit: Gonzaga Digital Archives
Salty is the bulldog on the right.

During the 1966-1967 basketball season, he ran onto the court and bit a ref after a call went against the Zags during a game against Idaho. The event got so much notoriety that it appeared in Sports Illustrated.

Salty definitely had a mind of his own. In late November of 1966, he escaped and was found outside of a tavern in the area that is now The Globe.

His owner said it was ironic because the tavern Salty ended up at was his owner’s favorite tavern. Unfortunately, Salty died in 1967.

In 1970, General Chesty Puller took over responsibilities. He was named after the most decorated marine general ever and was named that before Gonzaga bought him.

Chesty was a total scaredy cat though, and didn’t even like walking on linoleum, according to a Spokesman Review article. He also was banned from a game by a referee once. People believed it was because of Salty’s incident.

A SPIKE IS BORN

In 1980, the Bulldog mascot took a turn. Student Mike Griffin wore a cape and called himself Captain Zag, although to be honest he looks more like an early rendition of Pikachu.

1985 was the first year that Spike came to campus.

I think it’s safe to say we’re all happy the suit has gone through some changes over the years, because this guy is a bit creepy.

By 1993, Spike looked more like the Spike we know today.

By the way, the person standing next to Spike in this photo is Lee T. Mauney, who was the first student to wear the Spike costume.

During this time, Gonzaga also got their last live Bulldog mascot.

Q was gifted to school in 1999 after the Zags’ first NCAA Tournament run. He was named after former Gonzaga basketball player Quentin Hall.

By 2003, Spike looks around the way we know him today, and has more or less remained the same since.