Over the next few weeks, we'll be delving into the history of our local collegiate mascots. First up? The Idaho Vandals. 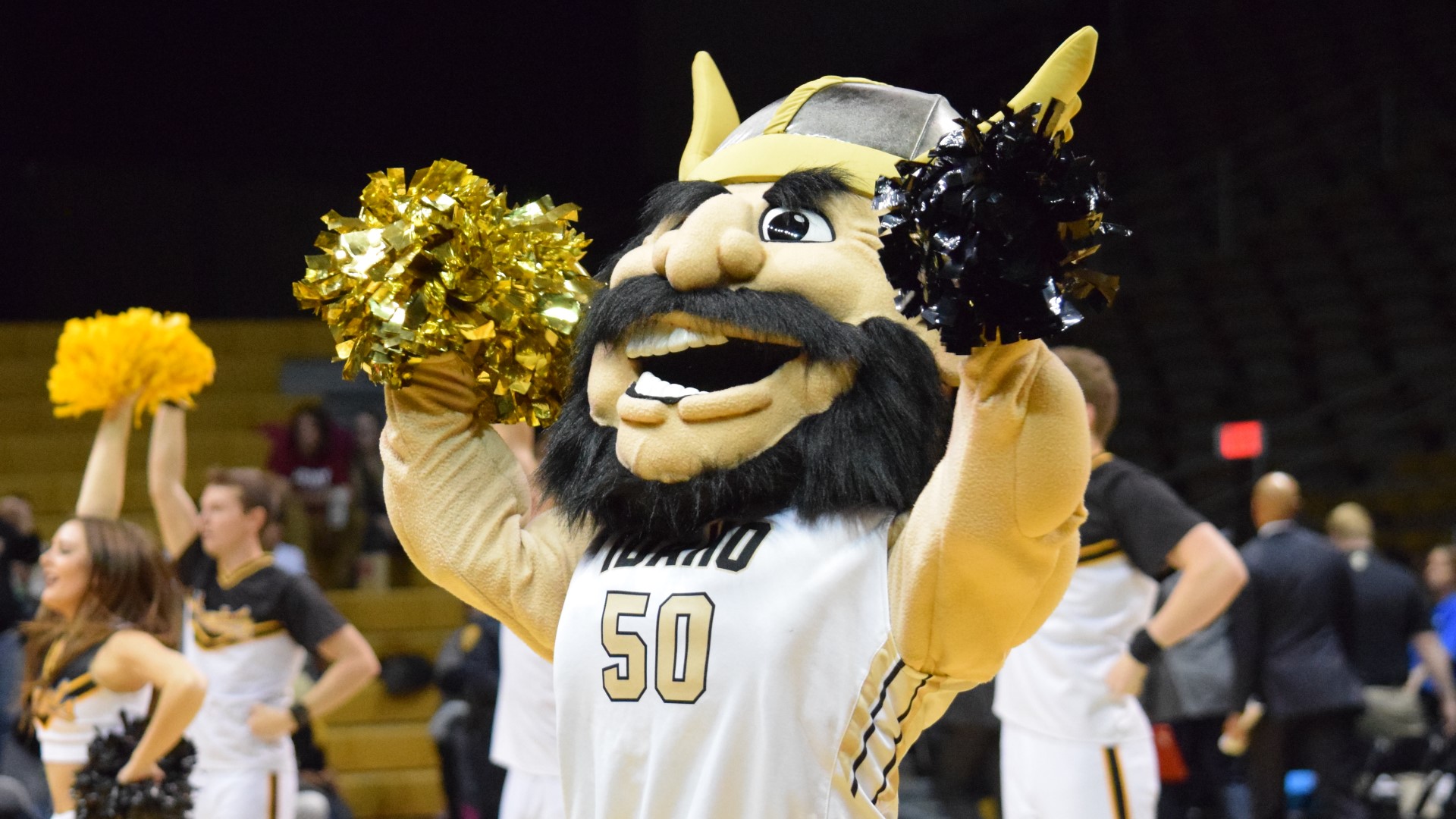 MOSCOW, Idaho — The Inland Northwest is a unique place for college athletics. We have four DI schools which is not super common for an area with our population size. Each one of those schools has their own distinct history, and as we’ll discuss over the next few weeks, their own distinct mascot. How did these colleges land on their mascot and how have they evolved over time? Let’s take a trip down to Moscow to discover how the Vandals became the Vandals.

THE "GANG OF VANDALS"

Idaho was founded in 1889, but the Vandals name did not pop up until 1918 when Argonaut student sports writer Harry Lloyd McCarty referred to the Idaho basketball team as a “gang of vandals” due to the talent on the squad.

The legend is that he said they vandalized their opponent, but that’s not exactly correct. When he wrote the first article where he called the team the Vandals, they hadn’t played a game yet.

The nickname stuck for the basketball team though and in 1919 the yearbook called them the Vandals as well.

By 1921, there was a lot of talk around campus that the school needed an official mascot. However, not too many people were in support of the Vandals, including the football team who really didn’t like the name.

By February of 1922, people were getting impatient.

Most people didn’t like the name Vandals, but apparently they just decided to go with it because after that basketball season all teams started getting called the Vandals by the school newspaper.

In 1923 the school officially started calling all teams the Vandals and Empire the Dog was introduced as the mascot, wearing a Vandals cape.

However, Empire didn’t last long, as the Great Dane was stolen before the start of the 1924 school year.

In 1924, the first illustration of a Vandal appeared, dubbed Baby Joe many years later.

He eventually was turned into a statue that the school still has.

In the 1930’s and 40’s the Vandal essentially turned into a Greek god. There are a ton of illustrations of the Vandal that look, well, un-Vandal like.

JOE VANDAL (...AND OTHER ITERATIONS) ARE BORN

The 1950’s was when the Vandals mascot got a human name. A cartoon Vandal like the one below was displayed on the side of the student union.

People named him Joe, and it’s stuck to this day. Don’t think there weren’t other iterations though. We’ll get to that in a second.

The first time we saw something that resembled the mascot we see on Idaho sidelines today was in 1956, when student Bill Currie and his mom created a Vandal paper mache head.

In October of 1982, Bob Vandal, a more portly fellow, was born. Not a great picture, but you get the picture.

However, Bob didn’t last long because in 1985 Joe Vandal was back, much to the disdain of one cheerleader.

They decided that year to also have a female Joe Vandal, aka Josie Vandal. She didn’t seem to stick around long either though.

In the 1990’s Joe became what we know today, although there was a brief, hm, blunder, some may call it.

In 2001, the school introduced a second mascot, inflatable Joe. He was nine feet tall, and so reviled that this blurry photo is one of the only pictures Idaho has of him.

In September of that year, the Argonaut ran an opinion piece aptly entitled “Joe, you blow”.

Unsurprisingly, he didn’t come back for 2002.

The school has kept the singular Joe Vandal since.

And there you have it, the history of the Vandal, and how he became known as Joe.