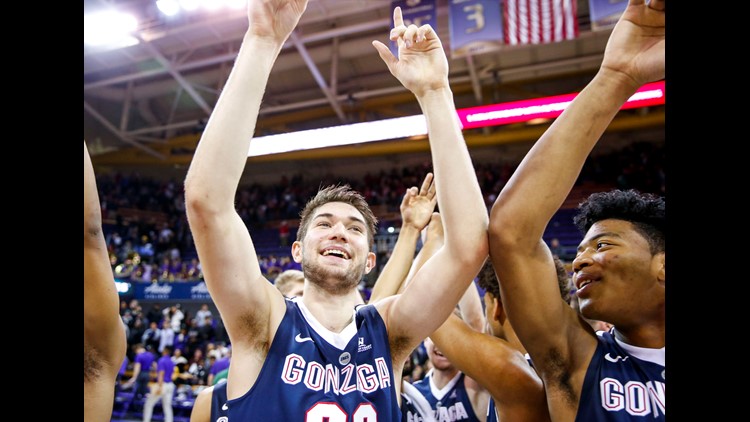 SPOKANE, Wash. — Gonzaga will be without junior forward Killian Tillie for the first eight weeks of the season after injuring his ankle during practice, according to head coach Mark Few.

RELATED: Killian Tillie to stay at Gonzaga for junior year

Tillie was named to the Kareem Abdul-Jabbar Watch List and Preseason All-West Coast Conference. Last season, he averaged 12.9 points per game on 58 percent shooting from the field, making 47.9 percent from behind-the-arc. The Cagnes-sur-Mer, France, native scored 20 or more points in nine games and averaged a block per game.

As a sophomore, Tillie earned Second Team All-WCC and was named the Most Outstanding Player in the WCC Men's Basketball Tournament.

The Zags play Central Washington in an exhibition game on Thursday and will kick off their regular season against Idaho State on Nov. 6.