EWU Board votes for athletics to stay Division I

The board voted 8-1 to stay DI, with the lone dissenter being the student trustee. 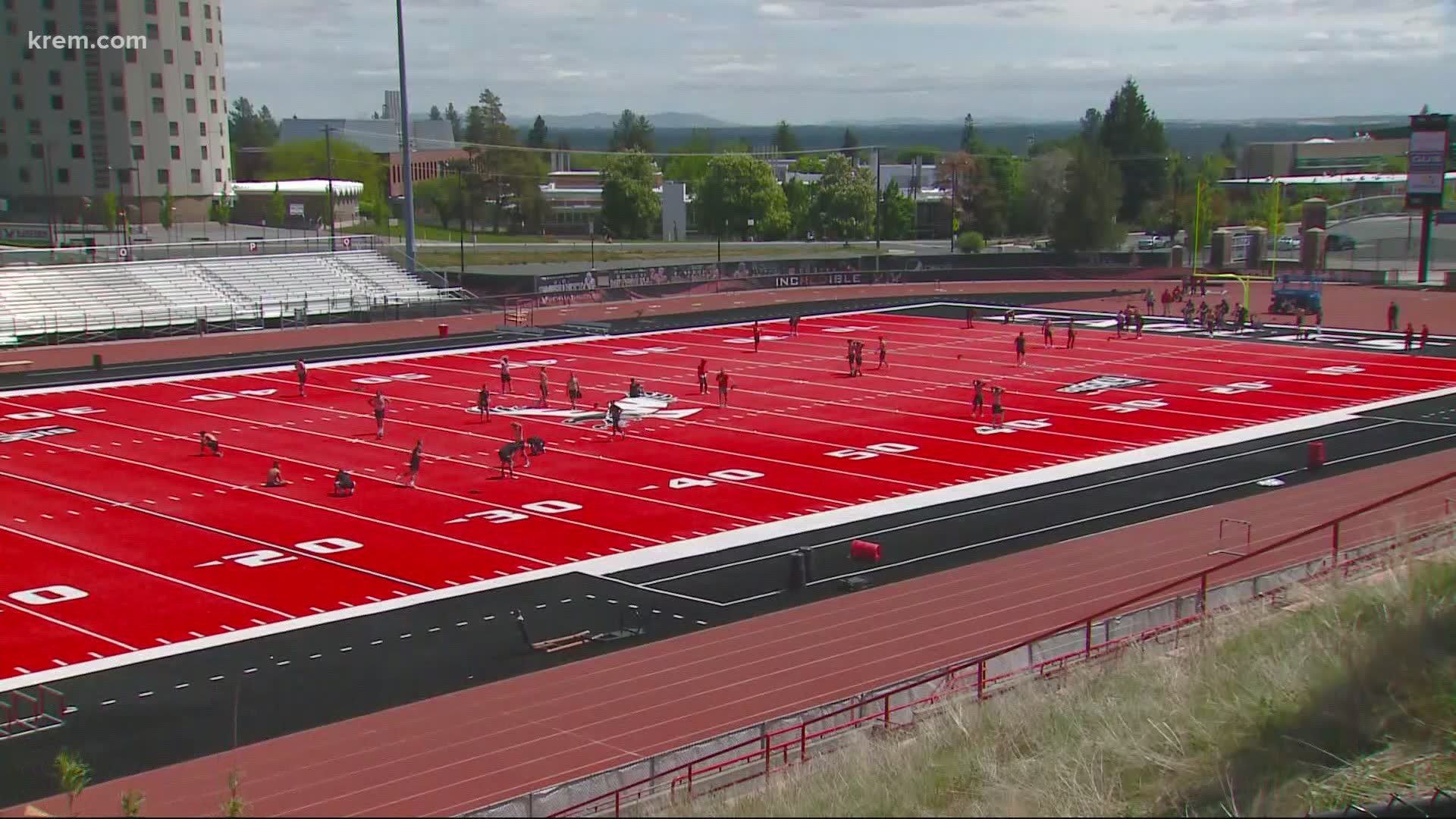 CHENEY, Wash. — After nearly three weeks of taking public feedback, EWU’s Board of Trustees voted on Friday to keep their athletics programs at the DI level, including their football team. The Board voted 8-1, with the lone dissenter being the student trustee.

In May 2021, Eastern Washington University Interim President David May recommended the same fate for athletics to the board.

May said in May that moving down in athletics would negatively impact recruiting local students to enroll at Eastern and would cause the ending of athletic sponsorships that would damage the university's fundraising opportunities. He also said athletics helps make the student body diverse.

“Moving to a lower divisions or association or eliminated some sports does not align with the vision that EWU has created. That vision reads in part, ‘Eastern Washington university is a driving force for the culture, economy, workforce, and vitality of Washington state,'" May said in his presentation.

After ten months of back and forth, you may think Eastern AD Lynn Hickey thinks that this saga ended up being a waste of time. She disagrees.

"I think it’s a good thing that we went through the process," said Hickey. "I think everybody learned a lot of information and I think it gives us a stable base to move forward from."

However, this decision feels anything but stable for Eastern professor David Syphers, or according to him, pretty much every professor on campus.

"I don’t know a faculty member continuing on at Eastern who supports DI. I’ve talked to a lot of faculty members, they have a variety of opinions, I think DII is probably the consensus, but nobody supports DI," said Syphers, who has been vocal in his support of EWU moving down divisions.

The PICTOR Group report said that if EWU remained a NCAA DI FCS program, they would have to cut athletic funding elsewhere. According to the report, they would also need to invest more money into the department and find more aggressive ways to generate revenue or they could select which sports to allocate the majority of their funding to, then fund other teams as if they were Division III.

One of the reasons why the faculty is so frustrated in today’s decision is that they believe there are a lot of financial questions about EWU Athletics that have not yet been adequately addressed.

"I want to see the same thing that the trustees want to see, which is an actual budget and a realistic plan here because we haven’t been given any plan," said Syphers. "President May has said, ‘We’re going to make athletics stick to a budget.’ They don’t have a budget right now, and he’s not talking about the budget."

Athletics is supposed to present that budget at an October meeting with the board.

The board also wants to see a plan for fundraising, as many people from the community said they supported Eastern staying DI during this period of unrest, but the athletic department has struggled in seeing that support turn into actual dollars.

"What I think is most important for all of us who really care about Eagle Athletics, is not just take a sigh of relief and say, ‘Oh, everything’s okay.’ We need everybody to step forward and step up. To give what they can. If we work together as a team, we can be very, very successful here in sustaining the program," said Hickey.

It’s doubtful that this athletics debate is completely over, as Eastern will have a new president in the near future.

Syphers says he plans on continually highlighting athletics financial struggles and their toll on the University year after it year, especially when their counterparts of Western and Central Washington are DII.