VERIFY: No, Governor Jay Inslee didn't go to Hawaii for a political retreat

KREM received several questions about if Washington Gov. Jay Inslee went to a retreat in Hawaii after asking people not to travel. It turns out he's been in Olympia. 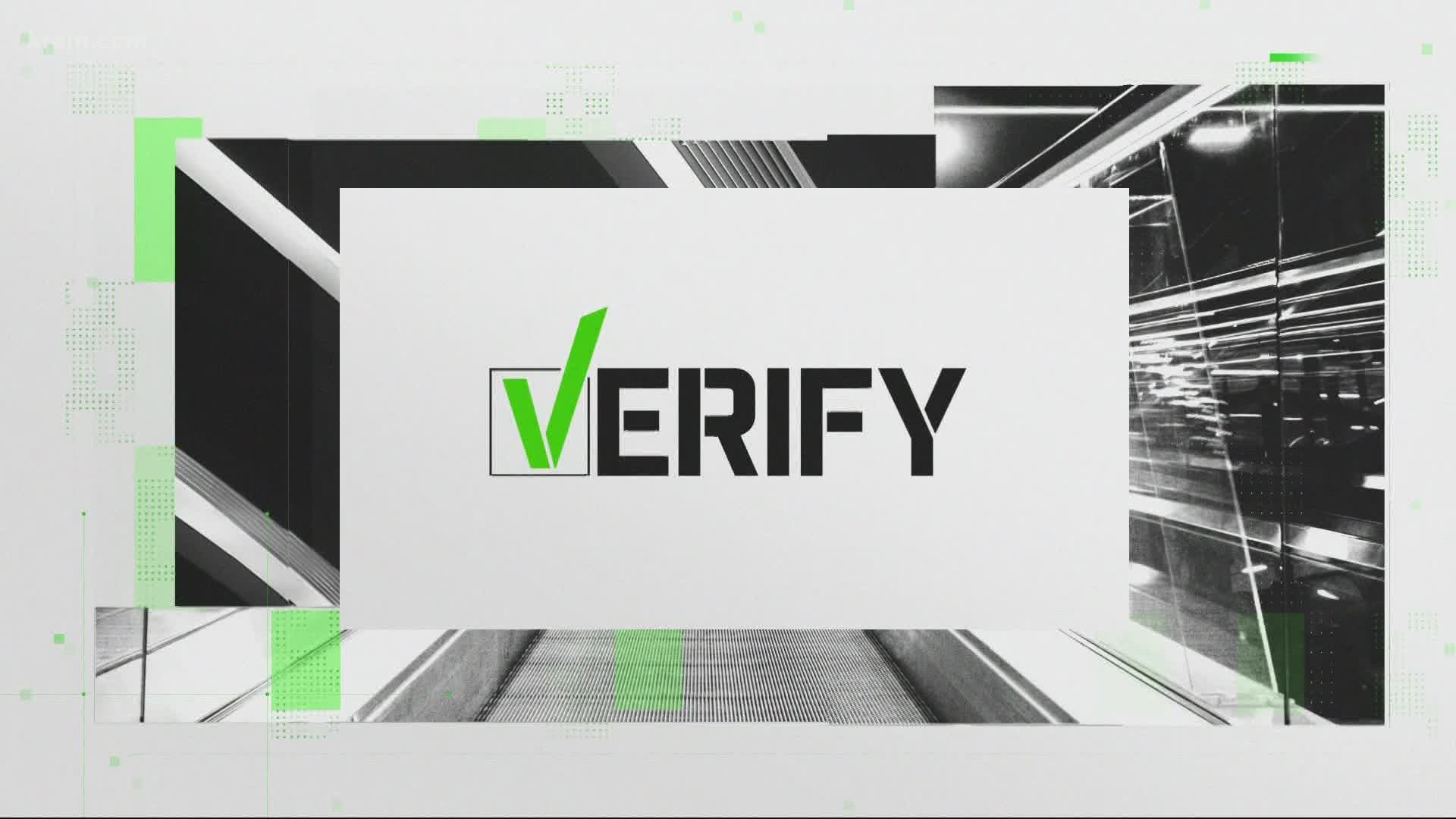 OLYMPIA, Wash — KREM has received several questions from viewers regarding a claim that Washington Governor Jay Inslee is attending a retreat in Hawaii days after asking residents to restrict travel as coronavirus infections surge in the state.

The claims come after Inslee asked people on Sunday to avoid travel during the upcoming holiday season as Washington continues to see a spike in coronavirus infections, with the state breaking its single-day infection record multiple times in the past two weeks.

The retreat, which the Los Angeles Times reported is being held by the nonpartisan nonprofit Independent Voter Project, is taking place in Hawaii this week.

For this story, KREM reached out to Governor Inslee's Office and spokesperson Tara Lee.

Is Governor Inslee in Hawaii for a retreat?

"This is absolutely 100 percent false. These are outrageous accusations that have no basis in fact or reality. The governor is not, has not, and is not planning to go to Hawaii. Reports seem to be based on somebody’s Facebook page. So wrong," Lee said in a statement to KREM.

As it turns out, the governor has been in Olympia this week and has even been seen on television during press conferences answering questions from the state Capitol.

Lee also provided KREM with a copy of the governor's calendar, an official state document.

The calendar shows Inslee attending virtual meetings with state leaders, and also shows multiple instances of Inslee traveling to and from his official office to his residence, both of which are in Olympia.

KREM reached out to the Independent Voter Project to ask for a list of attendees or to confirm that Inslee wasn't in attendance, but we have not heard back.

The confusion seems to arise from a number of places, including Facebook posts and reports about the retreat that mention Democratic officials in California, Texas and Washington, attending the retreat, but not Inslee himself.

We can verify that no, Governor Inslee is not in Hawaii for a political retreat. He has been working in Olympia and has given multiple public addresses from the state capitol.