'A burden all around': Washington tenants, landlords face challenges after eviction moratorium expiration

Governor Inslee's eviction moratorium put a freeze on rent increases in Washington but it expired at the end of June. Thousands of people are now seeing rent hikes. 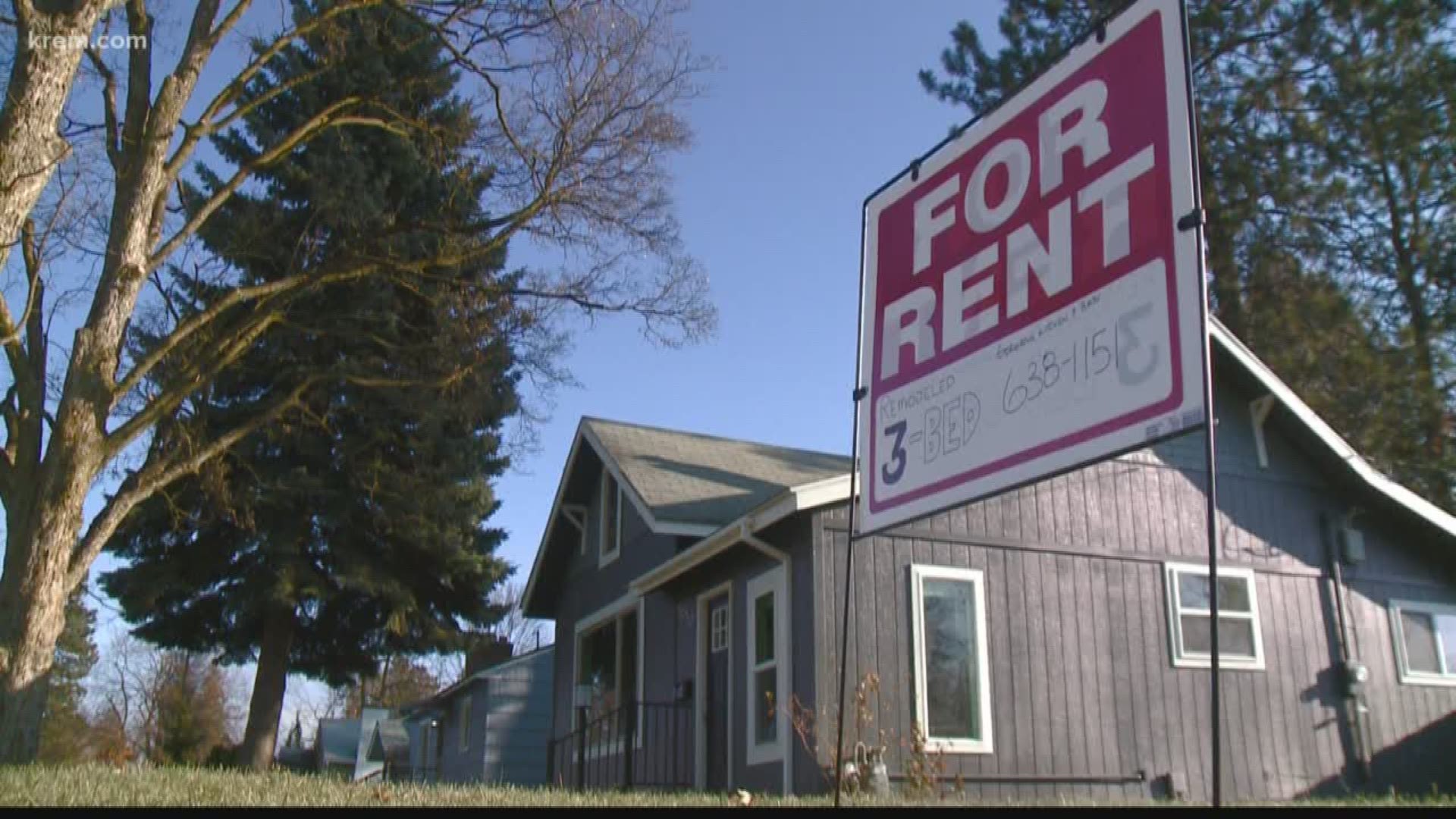 SPOKANE, Wash. — KREM 2 viewers have been writing in to share their rental prices skyrocketing for the past month now. The Spokane office of the Tenants Union of Washington State held an urgent meeting on Wednesday evening to explain new protections to avoid eviction.

During the pandemic, Governor Jay Inslee's eviction moratorium put a freeze on rent increases in Washington. The rent freeze expired at the end of June. Thousands of residents are now seeing major rent hikes.

Mitchell's rent increased about 65%. Tenants like her were blindsided by skyrocketing rent in Spokane.

The meeting hosted by the Terri Anderson from the Spokane office of the Tenant's Union of Washington State included speakers from the state branch of the Tenant's Union, Washington Low Income Housing Alliance, Northwest Mediation Center, Northwest Justice Project and the Resident Action Project. Residents in and around the area learned about new statewide tenant protections, rental assistance and what to do going forward.

Washington Low Income Housing Coalition's Michele Thomas explained the "bridge proclamation." The plan is helping to move the state from the moratorium to housing stability programs the state legislature put in place, she said. House Bill 1236 protects "residential tenants from the beginning to end of their tenancies by penalizing the inclusion of unlawful lease provisions and limiting the reasons for eviction, refusal to continue, and termination," the legislature stated.

"The proclamation prohibits evictions under certain circumstances for non-payment of rent," Thomas said. " There are significant loopholes as Terri noted, but if your landlord is trying to terminate your tenancy for any reason other than for not paying the rent, that bill will provide really important protections for you."

Clark is an independent landlord with two dozen properties. He tried to be understanding, but during the pandemic 20% of his tenants couldn't pay rent, he said. This forced him to sell two properties and raise rents for everyone else.

"I think that there's a burden all around," he added. "I feel as a landlord, it's been especially difficult because there's not a lot of areas for recourse."

The only real way for immediate recourse is working with his tenants to both fill out paperwork for aid and support programs, but that is a daunting and time-consuming task that requires a lot of effort from both parties, he said.

RELATED: Why landlords are raising rent in Spokane area and what tenants can do about it

"Spokane County in particular has had really significant problems in having a functioning and operational rental assistance program," Thomas added. "It's really important to try to apply for rental assistance, even if you don't have faith that the rental assistance program is going to come through. Even if you're pissed, because it's not functional, you're going to have to provide some level of proof that you've applied in order to stop your landlord from evicting you in August or September."

All tenants who earn less than 200% of the federal poverty line are now entitled to a free attorney, she said. If a renter is not provided a free attorney, and the landlord tries to evict, even for issues not pertaining to non payment of rent, the eviction can't go forward.

Legally, cities can't put a cap on rent increases. Only the state can do that but the Union says the city can make landlords give relocating money to tenants who are forced out by high prices. They also could extend the rent increase notice from 60 to 90 days, allowing tenants more time to find new housing.

Click or tap here for the COVID-19 Tenancy Proclamation Form.