Rep. Shea called the Rolling Stone article a "slander smear piece" and "hit piece" against him written with a "massive leftist spin." 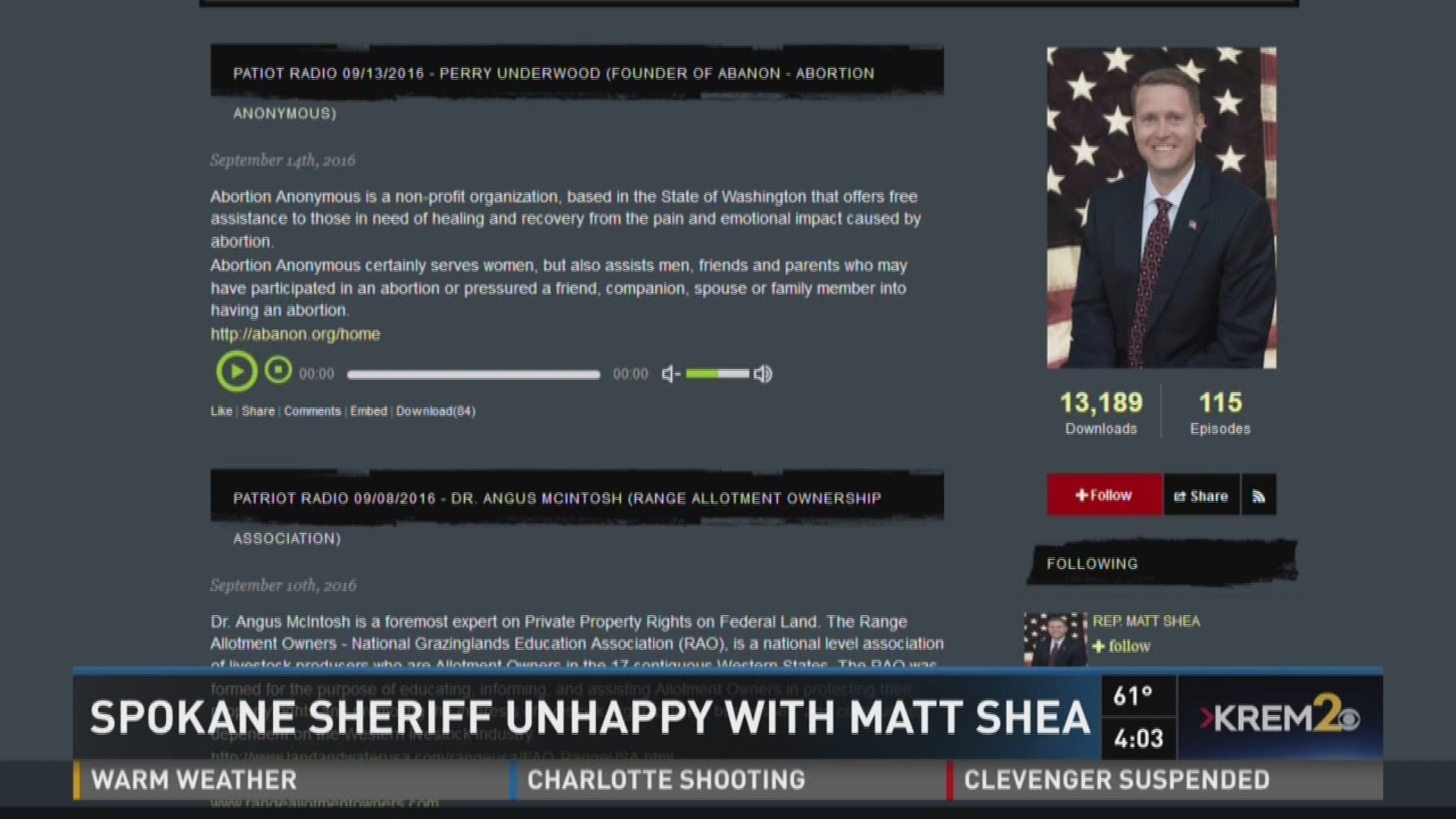 I have consistently and unequivocally condemned racism, anti-Semitism and white nationalism and do so again here and now. Not only are these ideas antithetical to my political beliefs, they are in deep opposition to my faith in Jesus Christ and His love. The attempt to suggest that notes on a series of Biblical sermons many years ago are a “manifesto” calling for mass murder is a ridiculous smear designed (both in timing and tone) as a desperate effort to derail my service to this community and this country. For those of us who know the awful cost of war and have seen the aftermath of atrocities firsthand such smears are despicable. I am heartened that the people I serve know me and my steadfast belief in the worth and dignity of every human being. To avoid providing the creators of this last minute attack exactly what they want, this will be my final statement on the matter. I look forward to serving again as the 4th District State Representative and fighting for lower taxes, less government, and more freedom for all of you.

Washington state Rep. Matt Shea (R-Spokane Valley) is speaking out following a Rolling Stone article focusing on a Spokane rally that he spoke at in August.

Shea is a five-term representative for the state's Fourth District. He is up for reelection on the November ballot and faces challenger, Democrat Ted Cummings.

Shea called the article a “slander smear piece” and “hit piece” against him written with a “massive leftist spin.” He went on to say that the article is political warfare.

“They don’t care about the truth. All they care about is taking things out of context, twisting whatever else is out there and then creating this narrative that they have been creating about us that love the Constitution, that love God and Jesus Christ as somehow being racist hatemongers,” Shea said in a Facebook Live video.

The article refers specifically to Shea’s appearance the “Liberty or Death” rally to protest Initiative 1639 in Spokane’s Franklin park. It was held on Saturday, Aug. 18 at 11 a.m.

At the rally, Shea spoke about the initiative, while calling media – including local outlets in Spokane – “dirty, Godless, hateful people.”

The I-1639 ballot measure is a gun safety initiative that would raise the purchase age of semi-automatic rifles from 18 to 21, require enhanced background checks, and enact a waiting period to purchase a firearm in Washington state.

RELATED: Your guide to Nov. 2018 elections in Washington, Idaho

The Rolling Stone article sets the scene for the rally in Spokane: Shea looking out at a “mostly male crowd in militia T-shirts” carrying Don’t Tread on Me flags.

“A handful carry AR-15s and are dressed in tactical camouflage vests loaded up with ammunition,” author Leah Sottile wrote.

Sottile attended the “Liberty or Death” rally over the summer, where about a dozen people protested to draw attention to a package of state gun-control measures under consideration.

At that rally, Shea said the common theme of both Marxism and tyranny is "always to disarm the people," Sottile wrote. She also explained that he mentioned his military service in Iraq and Bosnia but “stayed away from his expensive education at nearby Gonzaga University.”

Sottile also spoke with Sheriff Ozzie Knezovich, who endorsed Shea in 2008 and 2010 but has not since.

“What I hear from people is, ‘We don’t care about his character, he votes the way we want him to,’” Spokane County Sheriff Ozzie Knezovich told Rolling Stone the afternoon before the park rally. Knezovich endorsed Shea in 2008 and 2010, but hasn’t since. “I should have stuck with my gut,” he says. “When I first met him I had this bad vibe about him.”

In his Facebook Live video, Shea also says there are two main counterstates in America: “Marxists” and “Islamists.” He also references a document called “Biblical Basis for Warfare,” which was shared by Facebook user Tanner Rowe.

In a Facebook Live video, Rowe claims he received the document authored by Shea from an unnamed source close to the representative.

Later in the video, Shea again refers to the “counterstates” he previously mentioned.

In July, the Seattle Times reported Shea was among three state lawmakers – including Senators Andy Billig and Michael Baumgartner – who blocked constituents or reporters from their social media pages.

The senators provided reasons for blocking constituents and reporters but KREM was unable to find the circumstances surrounding Shea blocking certain users.

In 2016, Shea was also involved in a defamation lawsuit. Spokane Deputy Travis Pendell filed the lawsuit after Shea alleged a gun, once owned by Pendell, was used in a triple murder in 2015. Shea made the accusation on his podcast, though both Pendell and Sheriff Ozzie Knezovich called the accusation a lie.

PREVIOUS: Deputy to file lawsuit against Rep. Shea for attack of character