Spokane Conceal Carry hosted a rally, known as the Liberty or Death rally, Saturday morning in Franklin Park to protest a gun safety initiative that would raise the purchase age of semi-automatic rifles to 21, among other regulations. 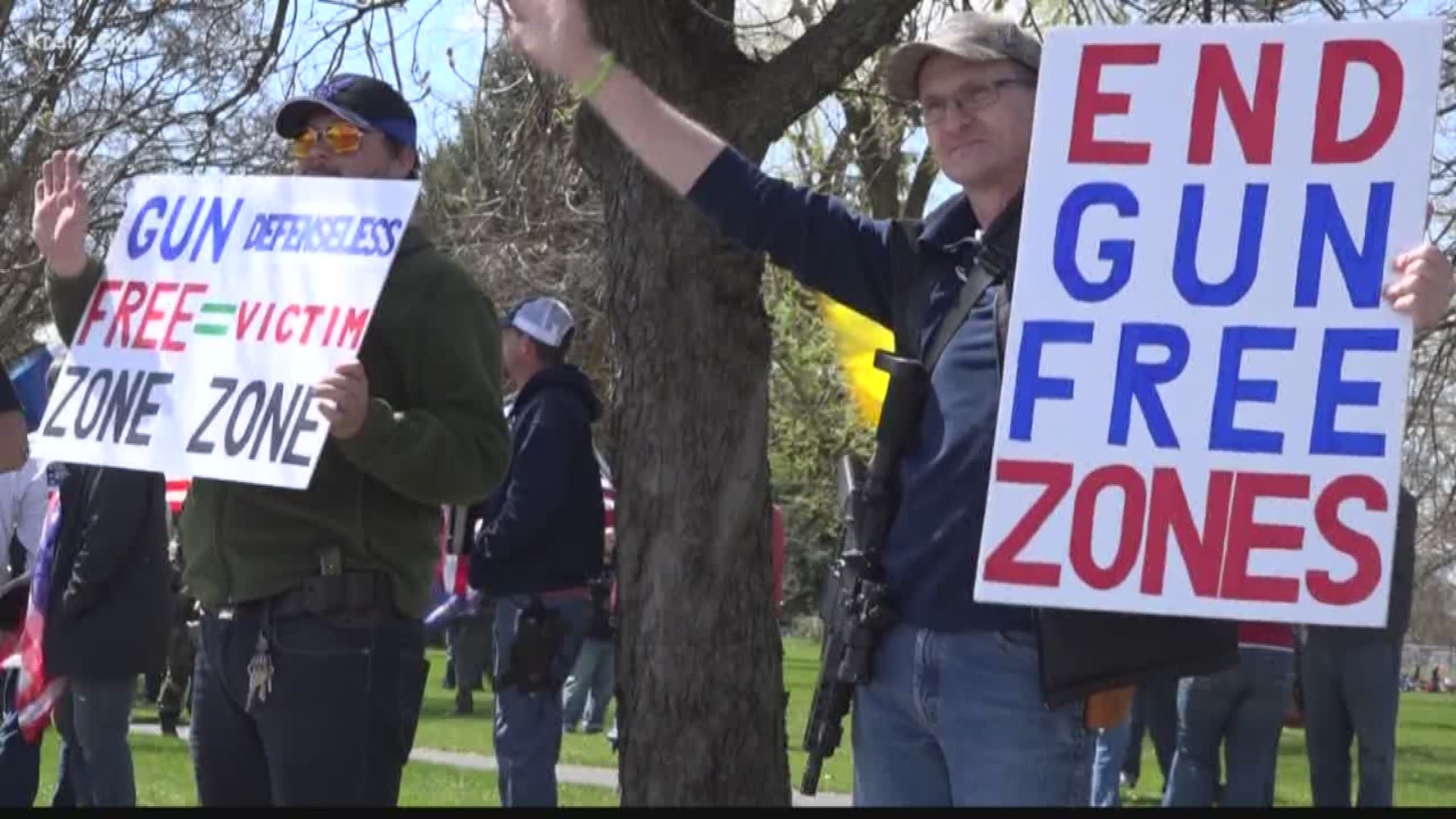 SPOKANE, Wash. — Gun rights advocates gathered in Franklin Park Saturday to protest Initiative 1639, while also celebrating a judge's decision to block the initiative from being placed on the November ballot.

The Liberty or Death Rally began at 11 a.m. Saturday. Spokane Conceal Carry organized the rally to address concerns about I-1639.

The I-1639 bill is a gun safety initiative that would raise the purchase age of semi-automatic rifles from 18 to 21, require enhanced background checks and a waiting period to purchase a firearm in Washington state. A Thurston County judge threw out more than 300,000 signatures Friday, which would have kept I-1639 on the November ballot.

Spokane Conceal Carry group rallies against I-1639, an initiative that would raise the age of purchasing semi-automatic rifles to 21. The rally signals some of the discussion that has risen among supporters and opponents of gun control and rights in the area. @KREM2 pic.twitter.com/qdMEncIg2j

The Washington state Supreme Court is prepared to take up this case, but does not have much time. Justices must weigh in by August 31 if the initiative is to appear on the November ballot.

The latest roadblock on the bill didn't help to ease the group's tensions.

"That doesn't mean it's the end of Initiative 1639 or those gun control measures," Tadd Howard of Spokane Conceal Carry said.