The devices have sparked controversy, with some saying they are discriminatory toward young people in Spokane. 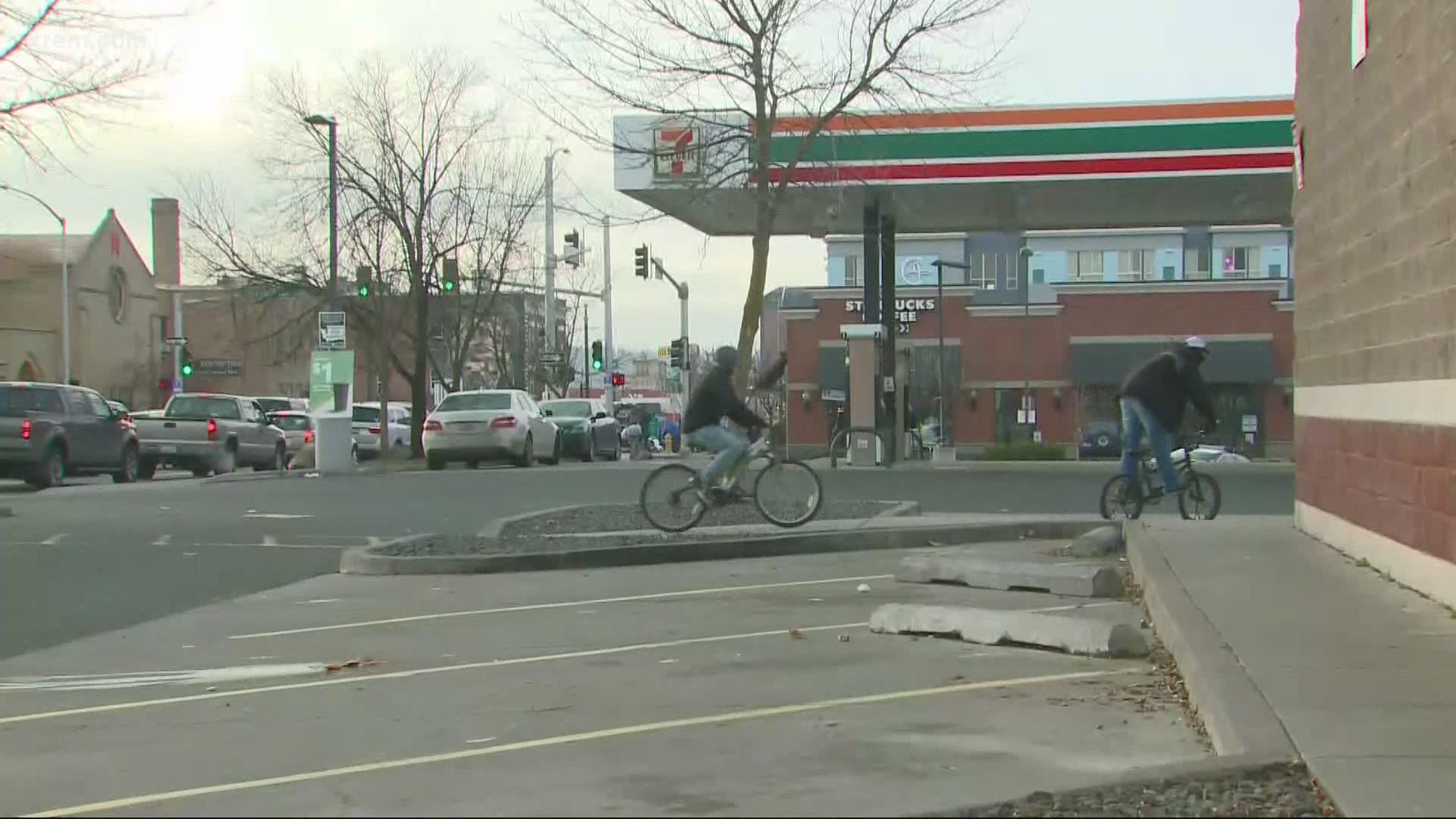 SPOKANE, Wash. — Spokane Mayor Nadine Woodward has vetoed a ban on the use of devices that emit high-frequency sounds, more commonly known as "mosquito" devices, that passed city council with a 4-3 vote.

Under the ordinance, first-time violators could be fined $130, while a second violation within a year would result in a misdemeanor with 90 days in jail or a $1,000 fine.

The "mosquito devices" emit sounds that are only audible to young adults and children. They have previously been seen as controversial, with Spokane City Council Member Kate Burke previously saying she believed their usage by Spokane businesses was discriminatory toward young people.

Some downtown building owners, though, insist that the devices are a deterrent to people sleeping on their property or loitering,

Voting on the ordinance had been deferred multiple times since 2019 before being brought to a final vote on Monday, June 22.

Though there have been eight months of community comment on the "mosquito" devices, this is the first time council members have heard about the mayor's opposition to a ban, they said in a statement on Monday.

“It is my hope that next time the Mayor feels strongly enough about an ordinance to consider vetoing it, she will express to the Council before a vote so that there is an opportunity to consider modifying the language,” said City Council President Breean Beggs.  “Now Council is left with the option of an up or down vote on the language already passed by a majority of the Council."

In a letter written on July 3, Woodward said the ban is "well-intentioned" but eliminates a "necessary tool" for employers in the downtown core.

“A business owner should have the right to use non-obtrusive methods to protect their business from loitering in front of their establishments," her letter reads in part.

In an interview with KREM 2, Woodward said businesses need whatever tools they can to remain open.

"If that's a tool that they can use to keep their doors open, to keep people employed, to keep people from loitering and confronting their customers, and eliminate or at least reduce criminal activity, I think that's an effective tool for them," she said. "We need to let the downtown precinct open and be impactful and give it some time to make a difference downtown. And that's something that I was willing to offer up to the council. That was part of our discussions before."

Woodward added that she does not believe there was "adequate community involvement" ahead of the vote, as people's attentions have been directed toward the Police Guild contract, the Black Lives Matter movement, and the COVID-19 pandemic.

“The timing of the action to strip businesses of an important tool who are struggling to stay open and keep people employed amid devastating closures and unforeseen restrictions is unfortunate," Woodward wrote.

Months prior to the ordinance being considered, Woodward voiced agreement that the new Downtown Police Precinct should be evaluated on crime reduction and that could best be accomplished without the variable of such devices, council members said in their statement.

“I was very surprised to hear that the Mayor vetoed this ordinance, especially given the conversation I had with her about delaying implementation of the ordinance until the Downtown Police Precinct was up and running,” said Councilmember and Public Safety and Community Health Committee Lori Kinnear.

Woodward sits on the board of the Downtown Spokane Partnership, which has consistently opposed a ban on the devices, council members said.

City council has 30 days to consider responding to the veto with a possible override of five votes.