A lawsuit claims the Spokane police aren't enforcing a city ordinance that would prevent loud protests outside of healthcare facilities. 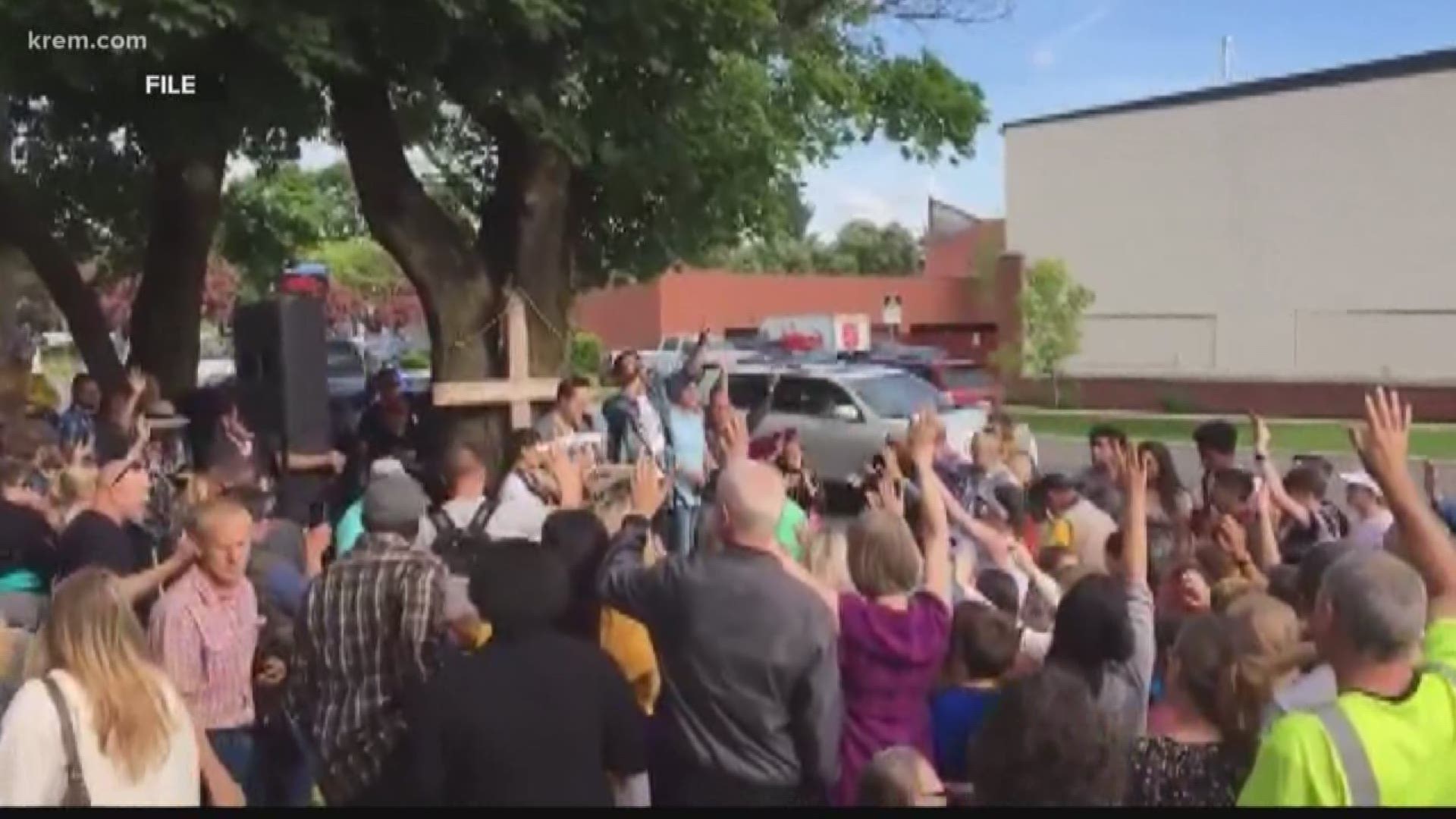 SPOKANE, Wash. — Editor's Note: The above video is from previous reporting about the Spokane City Council passing a law against excessive noise outside of healthcare facilities.

Legal Voice brought a suit against "The Church at Planned Parenthood" (TCAPP) Tuesday, on behalf of Planned Parenthood of Greater Washington and North Idaho (PPGWNI), according to a statement made on PPGWNI's Facebook page.

The Church at Planned Parenthood describes itself as a "gathering of Christians for the worship of God and corporate prayer for repentance for this nation, repentance for the apathetic church, and repentance for our blood guiltiness in this abortion holochaust," according to its website.

Spokane Valley Rep. Matt Shea has been known to attend TCAPP events, and his participation has been increasing since he failed to file for re-election.

"Patients who rely on Planned Parenthood for vital medical care have the same right as all Washingtonians to access health care without unreasonable disruption or interference. This is more vital than ever in a global health pandemic that is disproportionately harming people of color — people who already face substantial obstacles to accessing healthcare. TCAPP and its loud mob of angry protesters, many of whom carry guns, have terrorized patients and staff at Planned Parenthood long enough," said Kim Clark, Senior Staff Attorney for Legal Voice.

Planned Parenthood claims the demonstrations aren't protected under the first amendment, because they're intended to interfere with patients' ability to seek care at the facility. PPGWNI cited the negative health impacts of excessive noise on patients, including increased risk of hypertension, increased pain, and a variety of psychiatric symptoms - "all of which are likely to be even more pronounced for patients seeking care from a reproductive health clinic," the statement reads.

PPGWNI claims TCAPP is violating Washington State Law RCW 9A.50.020 which reads "It is unlawful for a person except as otherwise protected by state or federal law, alone or in concert with others, to willfully or recklessly interfere with access to or from a health care facility or willfully or recklessly disrupt the normal functioning of such facility."

However, PPGWNI claims the Spokane police department is not enforcing the ordinance.

"As various media outlets have reported, the Spokane Police Department has taken no action against TCAPP for its violations of state and local law," the statement reads. "Planned Parenthood can no longer wait for the police to learn how to enforce state and local laws that are intended to protect its patients and staff."

Brian Coddington, a spokesperson for the city of Spokane, issued the following statement in response: "The City of Spokane is not a party to the lawsuit. The Spokane Police Department and the City’s Code Enforcement Department attended the scheduled event last night, as is regular practice, to monitor behavior and noise levels. The noise before and during the event, which was monitored by decibel meters, did not reach a level that required enforcement action per ordinance. Additionally, officers did not receive noise complaints from anyone in the area."