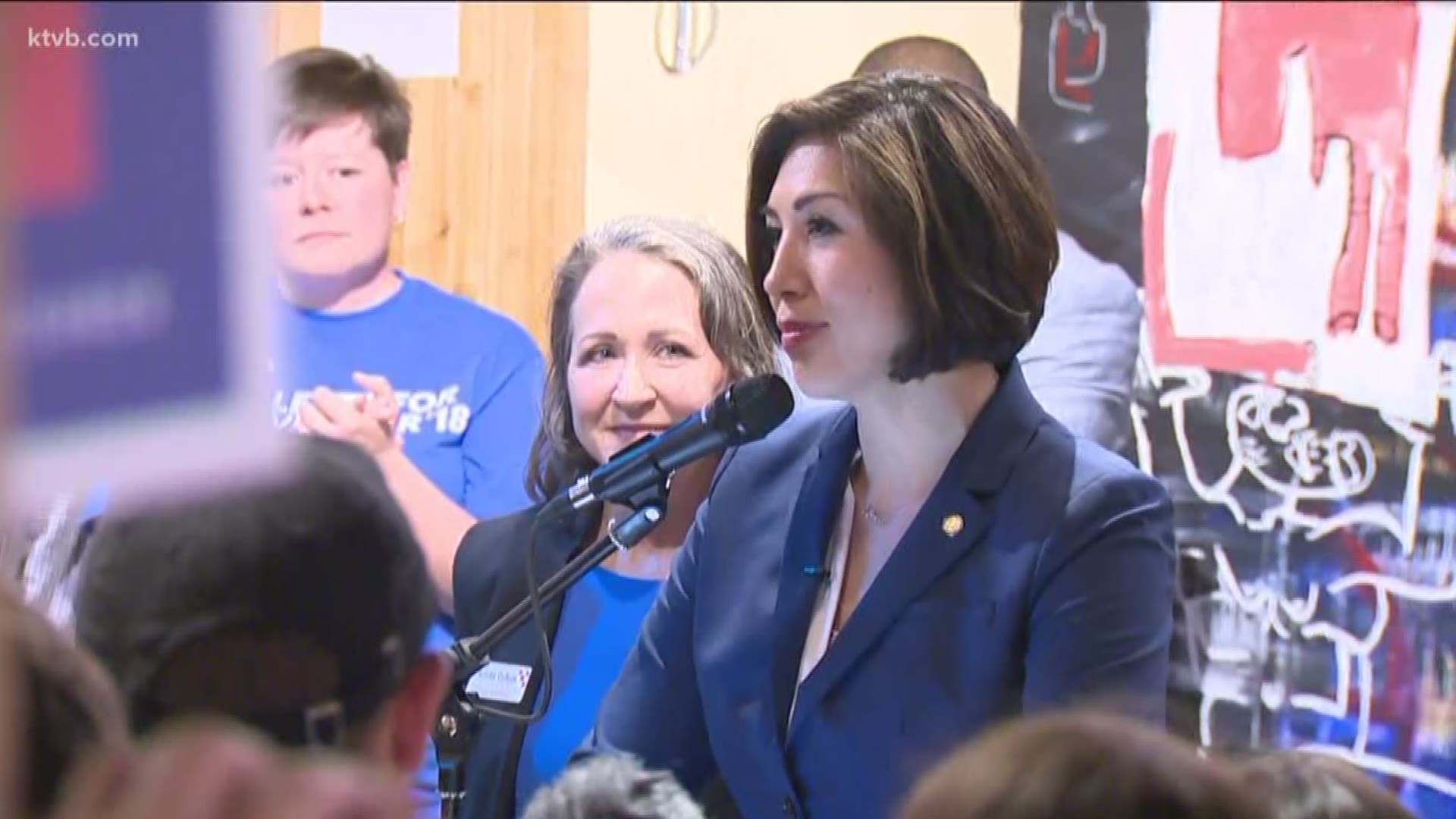 She is the first woman to become the Democratic gubernatorial nominee in Idaho.

The 38-year-old Jordan, who is a member of the Coeur d'Alene Tribe, won Tuesday's primary against 72-year-old Boise businessman A.J. Balukoff.

The last Native American to hold a statewide office in Idaho was in 1990, when Larry Echo Hawk ran as a Democrat for attorney general.

“We congratulate Paulette Jordan for her victory tonight. The primary has energized so many voters around the state and we sincerely hope that momentum carries into the general election. Like so many Idahoans, Democrats value the opportunities that education and expanded access to quality healthcare can bring to our citizens. We support Paulette’s fight to bring those issues to the forefront so every Idahoan has a fair shot at success, prosperity and a healthy future."

"We applaud A.J. Balukoff for running a vigorous campaign and know he will continue to be a leader on the issues that matter most to all Idahoans.”