The legislation bans retailers from giving out single-use plastic carryout bags and requires an 8-cent charge for others. It goes into effect on Jan. 1, 2021. 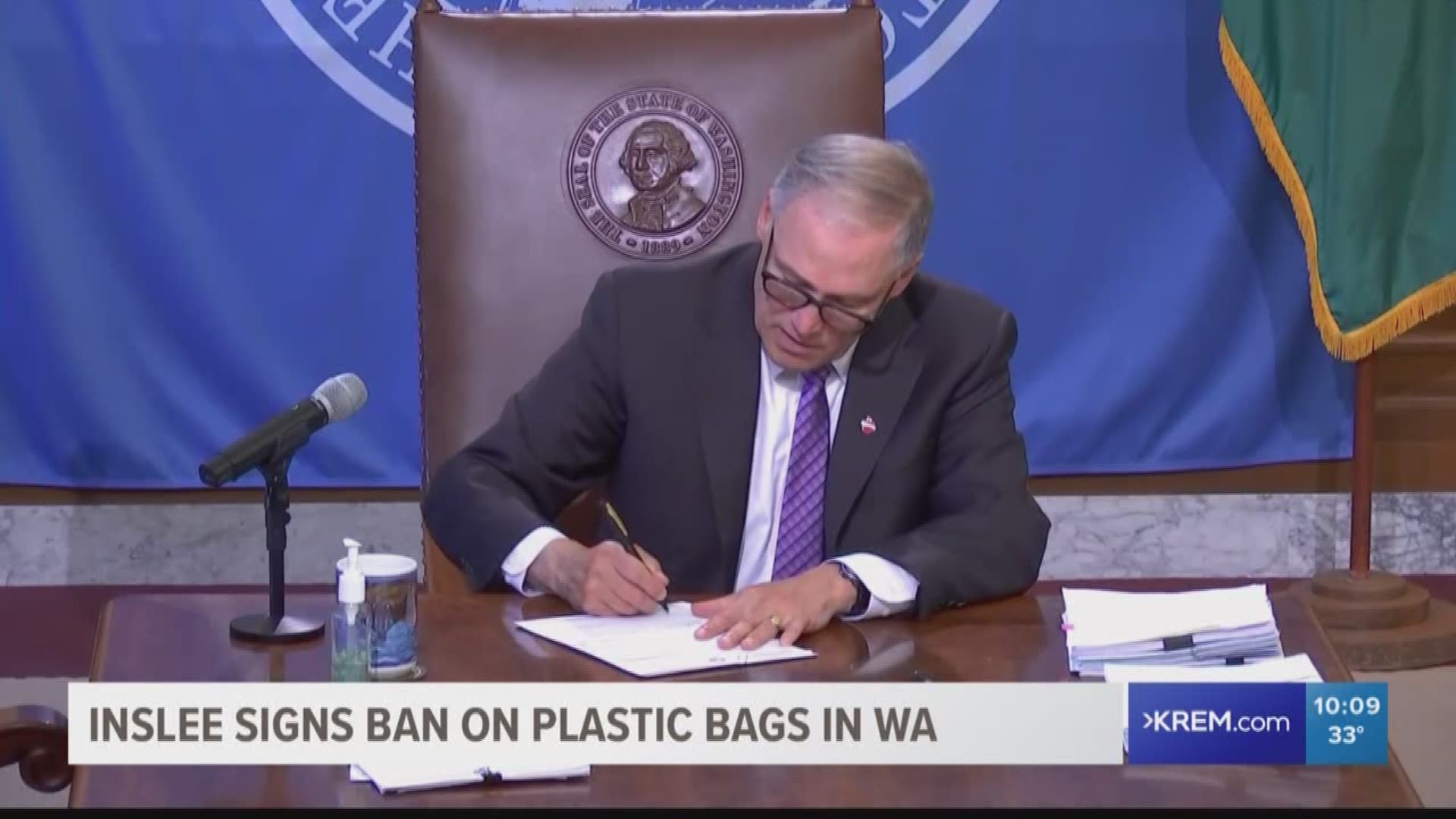 OLYMPIA, Wash. — Washington Gov. Jay Inslee signed a bill into law on Wednesday that bans the use of single-use plastic bags in the state.

Inslee called the move "a victory for our environment."

The Washington state Senate approved the measure in January. Senate Bill 5323 then headed to the House, where it stalled last year.

The legislation, which goes into effect on Jan. 1, 2021, bans retailers from giving out single-use plastic carryout bags and requires an 8-cent charge for other bags handed out. The 8-cent charge would help stores cover the cost of paper or durable, reusable bags and create an incentive for shoppers to bring their own bags.

The legislation also requires paper bags to be made from 40% recycled material.

Under the legislation, carryout bags do not include those used by consumers inside stores to package bulk items; contain or wrap items where dampness or sanitation may be a problem; and newspaper bags, mailing pouches or sealed envelopes, among others.

Once the law goes into effect, stores will be given a year to use up whatever plastic bags are already in their inventory.

Some conservative lawmakers supported the Democrat-sponsored legislation in the hopes it will create paper bag demand and energize Washington’s pulp and paper industry.

Some opponents of the legislation have argued that plastic bags can help reduce the potential spread of COVID-19 in grocery stores and other retail shops.