McGarry is the Democrat running in the 6th Legislative District of the Washington State House. 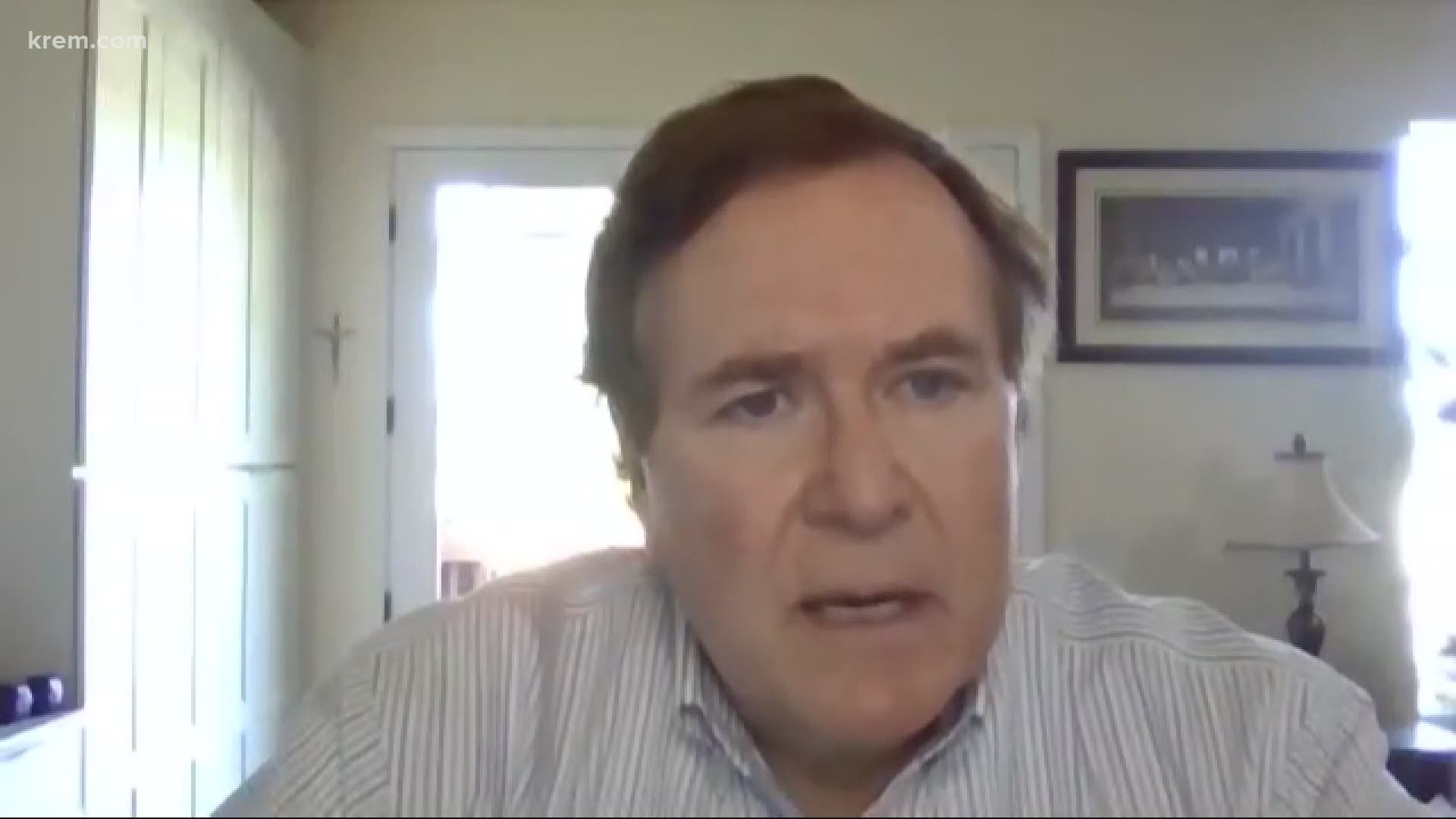 Rep. Jenny Graham (R) currently holds position 2. This year she's facing a challenge from Democrat Tom McCarthy. McGarry is a housing attorney and currently sits on the board of commissioners for Spokane Fire District 9.

Unseating a fairly well-known incumbent like Graham is no easy task, but part of the reason she's so well known is her propensity for controversy. McGarry is staking his campaign on the idea that voters want someone they see as more grounded.

"We're in serious times, and I think I'm a more serious candidate and will do a better job for the people of the sixth legislative district," said McGarry.

Jenny Graham has repeatedly shared posts on Facebook that link to conspiracy-filled websites. She has said that was not intentional. McGarry thinks Spokane County voters will want a representative who's more careful about the information they spread.

"I don't think that she takes science seriously. I'm concerned that she doubles down on conspiracy theories," he said.

That applies especially to the coronavirus. McGarry said legislators should be focusing on elevating the voices of public health experts.

"Right now we need to make sure people have the right information that they need. People need to follow the recommendations so that we can flatten this curve and get back to some semblance of normal," he said.

His stance on how the pandemic itself should be addressed is simple.

"Following the governor's guidelines," he said. "I mean, wash your hands, wear a mask, and socially distance. It's not that hard."

But the next legislature will also have to deal with the economic and budgetary fallout.

"[Lawmakers are] going to roll up their sleeves and make some difficult decisions. I think I'm better equipped to do that [than Graham]," said McGarry. "Clearly, there's going to be cuts. And they're going to be, probably, across the board. I want to make sure that any budget cuts don't disproportionately affect people who are the least able to or least equipped to handle those budget cuts."

As a current fire commissioner, there's one other area McGarry said the legislature needs to direct more attention to: wildfires.

"Every summer it seems we are inundated with smoke, which affects people's health. People can't breathe. There's loss of property, loss of life, sadly," he said. "I think I want to make sure that we address the issues of our forests and forest health."

When it comes to the protests calling for racial justice that have swept Washington and the nation, McGarry said a nuanced response is required.

"Clearly, I think the first thing we have to do is recognize that there is racial injustice. And there are disparities," he said. "I think we have to recognize that, indeed, systemic racism is very much alive and well in this country. And it's been laid bare by the events of the past six or eight months."

"I think we're asking police officers to do things that they're just not equipped to do," said McGarry. "I think it's unfair to ask them to do some things. I think we need to have more of a layered response when somebody calls law enforcement."

The last time a Democrat served the 6th District was in 2011, so it's not a bygone conclusion that the seat stays red.

So there's still a lot of ground McGarry will have to gain if he hopes to pull off an upset in November.