What you need to know about Spokane's new homeless shelter

Federal dollars will help develop a pandemic shelter that will later be converted to a transitional housing facility. 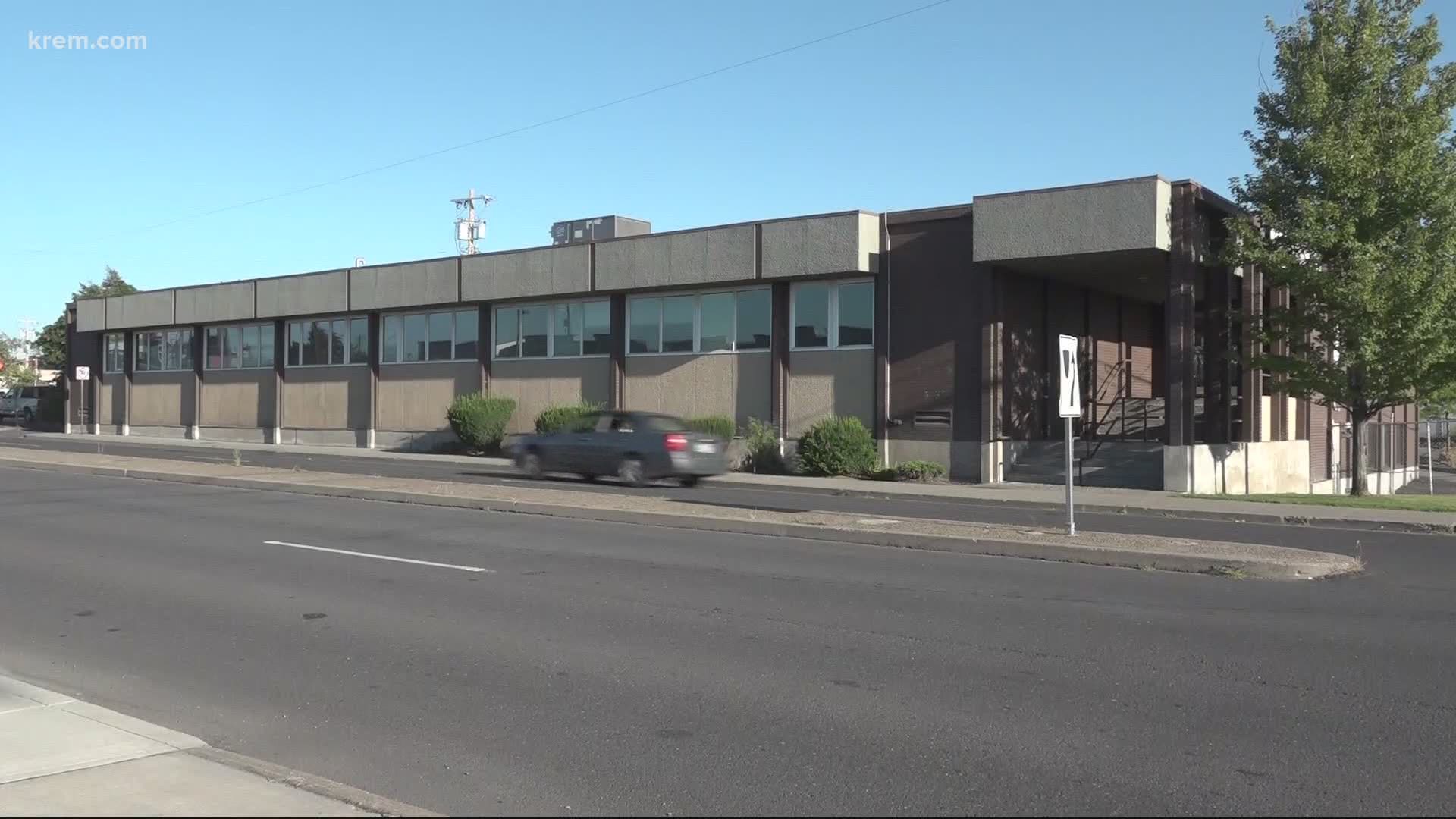 SPOKANE, Wash — In August, Spokane County will open a new shelter for those with nowhere else to go during the COVID-19 pandemic. It will later host a program transitioning people into permanent housing.

It will be operated in coordination with various city governments, making it a rare long-term regional solution to a homelessness issue plagued by emergency stopgaps and inter-governmental disagreement in recent years.

To understand the system in Spokane, it helps to break shelters down into three basic types.

Second, there are winter warming centers. During the colder months, citywide shelter capacity is expanded to save those on the streets from dangerous exposure to cold temperatures. The last few years, these have been funded by the City of Spokane. Sometimes, those funds simply go towards expanding the capacity of year-round shelters. In other cases, such as the Cannon Street shelter, the city purchases or renovates a building and hires a group to occupy and run it.

Third, there are COVID-19 response shelters. Once winter was over, the warming center contracts expired. But the pandemic had just begun, and it was still not safe to essentially force people back out onto the street with nowhere to hide from the virus. The downtown library, closed for renovations, became the first such shelter; that was later changed to the Spokane Arena.  In addition, some existing year-round shelters found themselves needing more space to safely house their existing guests with social distancing. Hope House was given space in a county-owned building.

The contract for the Spokane Arena shelter expires August 13th. With the pandemic still raging, that means regional leaders need to find somewhere else to host up to nearly 100 people.

Fortunately, the county received tens of millions of dollars of federal funding through the CARES Act, for dealing with COVID-19. Last week, the three Spokane County Commissioners voted unanimously to spend $2 million of that money to buy or renovate buildings for shelter space.

Some of it will be used to purchase a building at 55 W Mission Ave., currently owned by the Spokane Housing Authority. That facility was selected because it was a large, available building with enough open space to safely distance, and because of its proximity to public transit and other important services.

Beginning August 14th and through the length of the pandemic, that facility will serve as the emergency COVID response shelter for the region.

After the pandemic, it will be converted into a "bridge" shelter. That's a shelter that hosts a specialty program for getting people into permanent housing. Residents at the shelter have to be referred into the program. Post-COVID, the Mission facility will no longer be a place people can just drop in for the night.

Those people will be directed to the Cannon Street shelter. That facility has been closed since winter, pending renovations that have been long in the works. The current timeline projects those renovations to be completed in early November.

Once it opens, Cannon Street will have a capacity of roughly 100. It will also operate year-round rather than seasonally. City leaders hope this sort of consistency improves its efficacy, and attracts a broader pool of candidate organizations to run the center.

This plan differs from past homelessness policy in the area in two major ways: it's longer-term and it's cooperative.

In recent years, the City of Spokane has led the charge for addressing homelessness. But it's often been unable to get other regional partners on board.

For instance, the city tried to open a year-round, city-owned shelter on East Sprague. Neighborhood resistance damaged that project's momentum, but it was ultimately a lack of support from the county and Spokane Valley governments that killed the shelter.

That's historically cost the city in two ways. The lack of long-term regional solutions meant for at least two years in a row, Spokane has scrambled to open enough warming centers before winter. It's also forced the city to foot a bigger bill than it might otherwise.

But now, Spokane County and Spokane Valley are on board, along with the Avista Foundation. While the CARES Act is funding the physical buildings, post-COVID operational costs will be split between the city, the county, and the foundation.

Additional warming center capacity will likely still be required come wintertime, but local leaders are hopeful having this more stable solution in place will allow the region to be better prepared than it has been, and avoid the kind of serious challenges that have arisen in the past.

RELATED: The Red Cross calls for local volunteers amid wildfire season in the Inland Northwest