The congresswoman met with dozens of people who call Malden home, as buildings and homes remain in shambles. 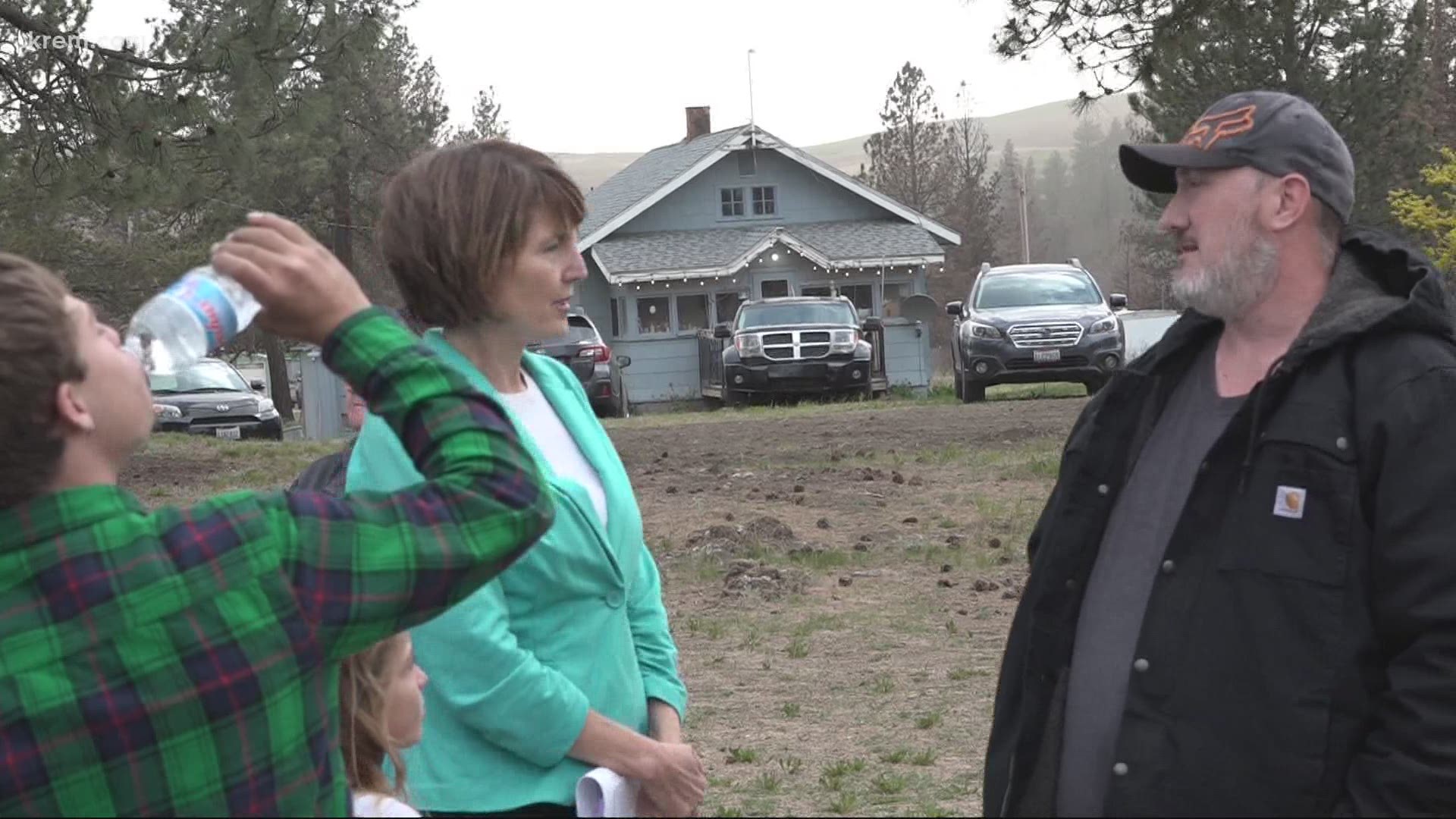 MALDEN, Wash. — Nearly nine months after the Babb Road Fire destroyed the towns of Malden and Pine City, signs of progress are starting to pop up across the city.

They’re small signs, but signs nonetheless. For example, Malden Mayor Dan Hardwood announced to his town on Thursday that plans for a new post office were officially underway.

Back in Sept. 2020, the burned ashes of the former post office left a powerful imprint on the memory of anyone who traveled through Malden, so the announcement of the new plans drew immediate applause from everyone in attendance at Thursday’s town hall.

Including Congresswoman Cathy McMorris-Rodgers, who admitted she was surprised to hear some of the town struggles that she hadn’t expected.

"The first question was about the need for showers,” recalled McMorris-Rodgers. “I didn't expect that there was such a need for showers, but if people are living in trailers, they need a shower, and we may have a solution for them on that."

People fielded their questions to McMorris-Rodgers, Hardwood, and other panelists throughout the evening, especially as another wildfire season looms near.

"Being prepared for the next fire, that's something we're always working on” McMorris-Rodgers said. “We can make sure that both at a state and a federal level that there's a focus on Malden and Pine City."

Part of that promise included a new proposal from McMorris-Rodgers for the “MALDEN Act,” which stands for the Making Assistance for Local Disasters Equal Now Act.

The idea, she explained, is that any time a rural community is devastated by a natural disaster, the MALDEN Act—if passed—would:

But even as conversation continued about possible future solutions, a handful of people in attendance shared with KREM 2 that they felt hopeless about the future of their town.

"It’s really hard,” admitted McMorris-Rodgers. “On the one hand, there's been a huge amount of work done, but still there's a lot of work to be done. And I just want those people to know that they’re not alone, there's a lot of support at all levels of government, but also with non-profits and others that want to help rebuild this community."

Thursday’s meeting concluded with Hardwood sharing his hope that Malden could be restored in a four to five year period, pleading for patience, and thanking the people of his town for their hard work during impossible circumstances.