A wildfire destroyed the towns of Malden and Pine City in just a few hours on Labor Day 2020. Wind gusts up to 60 miles per hour sent the fire across 15,000 acres. 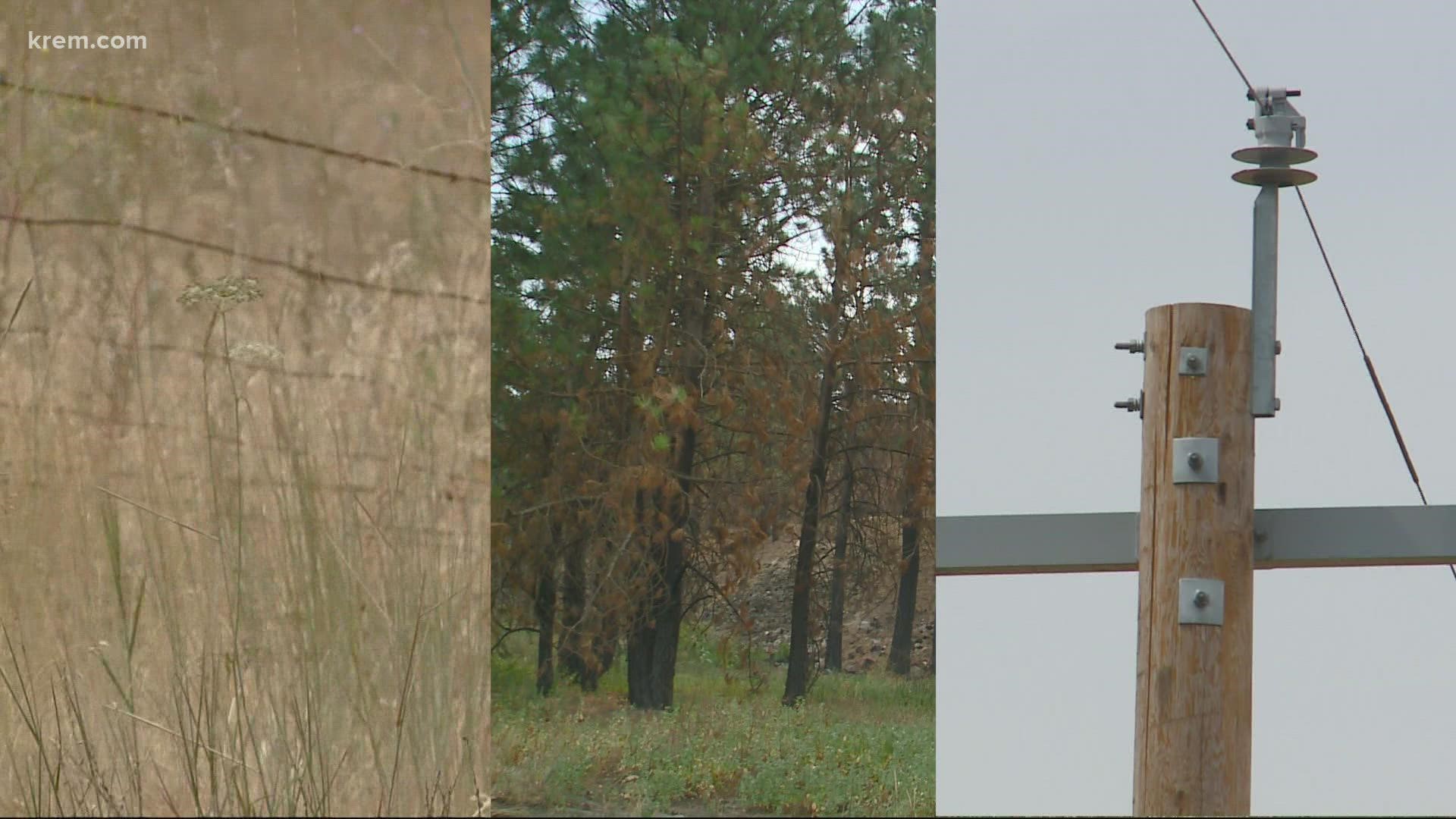 MALDEN, Wash. — Wind, trees and powerlines: each of these on their own are generally harmless. Together, they can wipe out 85 percent of a town.

A wildfire destroyed the towns of Malden and Pine City in just a few hours on Labor Day of 2020. Wind gusts up to 60 miles per hour sent the fire across 15,000 acres. The fire leveled more than 100 homes and buildings and buildings that day. A year later, the town is still rebuilding.

“It was just a shock at how much and how fast,” Farmer Clint Myers said. “I mean within two hours—I mean the path of destruction in just two hours was amazing.”

Myers spent the early part of that day harvesting wheat about five miles away from where the fire started. Just before noon, he saw what was brewing off Babb Road.

“You have the wind—it was just blowing hard. But like the roaring sound of the fire,” Myers said. “It was like a low rumble as it moved on. We were fairly close and it’s a very distinct sound.”

The fire quickly exploded in the high winds. You can hear the panic in the 911 calls from that day.

“The flames are shooting up into the trees,” one person reported.

Myers said he started getting texts from people asking him if he was doing some cutting in the area. By the time he got to the area, he realized that roaring fire was  just feet from his crops. As it grew, so did the numb feeling inside of Myers.

“Anytime you’re seeing your crops burn is just kind of a numb feeling, when you can’t do anything about it….from where we were in this area, there wasn’t anything we could do. It was too dangerous,” he said.

Myers lost about 60 acres of malt barley in the fire.

“It was insured. Not a big deal. Lots of people lost a lot more than we did,” he said.

The town of Malden and Pine City lost 120 homes and 100 other buildings that day.

In the early stages of the Babb Fire, witnesses who live across these fields reported smoke and fire about 40 feet in size at the base of trees heading south up a hill. The Department of Natural Resources report blames this damaged Ponderosa Pine next Myers’ land. It says the fire started after a branch fell on an Avista powerline during high winds. It does not specifically blame Avista for not inspecting or removing it, but it does say “closer inspection of the tree was warranted.”

The power company says the cause of the fire was “extraordinary wind conditions.” It also claims the Ponderosa Pine was located outside of the power company’s right of way.

Three days after the fire, Myers searched for perspective of the damage and captured these images from his plane. A year later—back where it all started, Myers is still trying to make sense of what happened.

“Things were pretty well cleared from this area. It wasn’t like it had been neglected,” he said. “It’s just, it’s a big tree, high winds. It was easy for it to hit it.”

Wind, trees and powerlines. All harmless ingredients that make a recipe for an unforgettable disaster.