'This is our last resort': McCluskey family suing Univ. of Utah for $56 million

University of Utah student Lauren McCluskey, a Pullman native, was shot and killed on campus in Oct. 2018. Her parents say McCluskey's death was preventable. 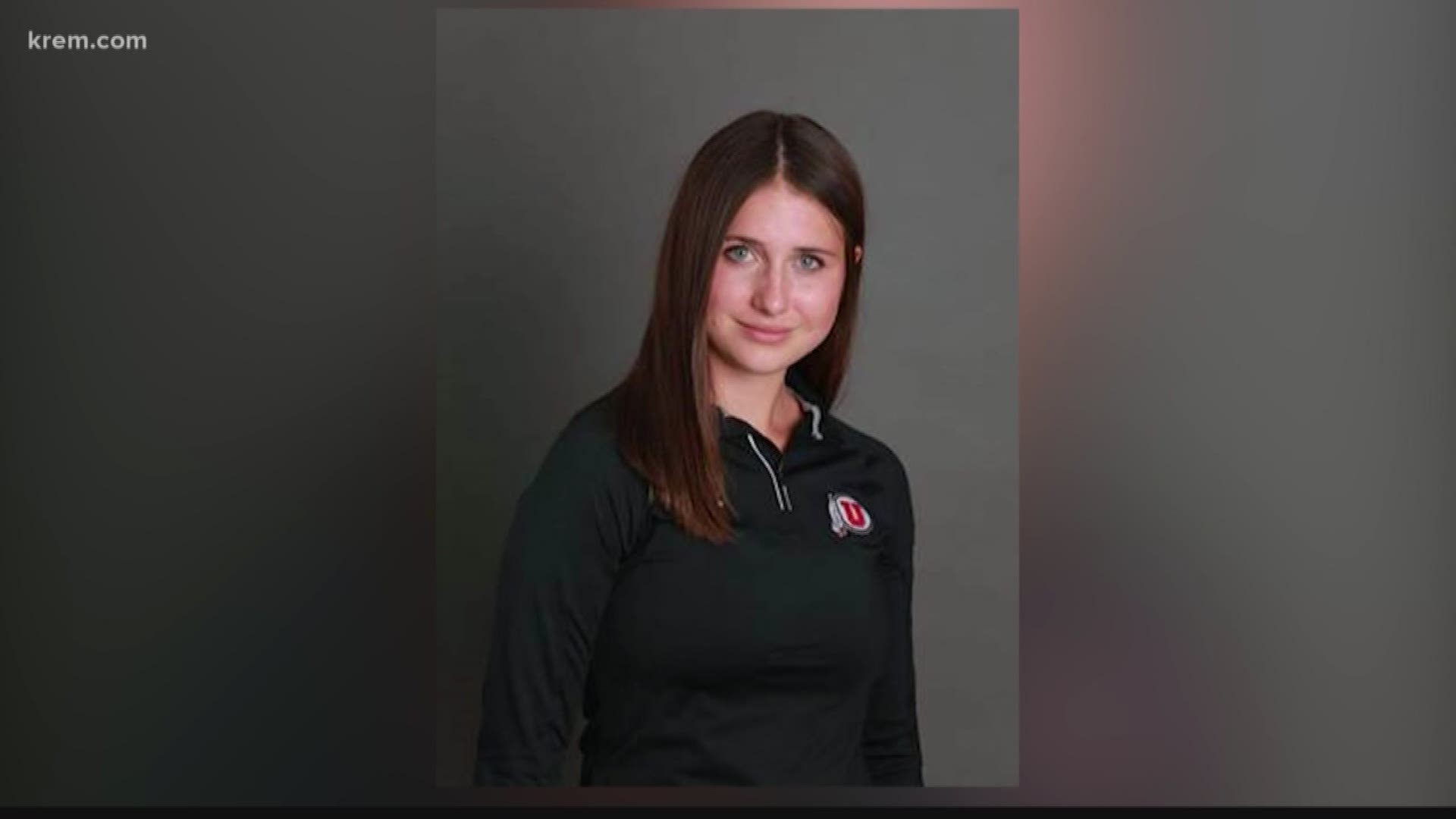 SALT LAKE CITY, Utah – The family of Pullman native Lauren McCluskey announced that they are filing a $56 million civil rights lawsuit against the University of Utah.

The family's attorney say the lawsuit comes after McCluskey was shot seven times and killed on campus in Oct. 2018.  McCluskey briefly dated the man suspected of murdering her, according to her family.

The McCluskey family claims that the university failed to protect their daughter after she called campus police more than 20 times in the days before her death.

Jill McCluskey said on Twitter that the university “never took responsibility for their failures that resulted in Lauren’s murder.”

“This is our last resort to effect positive change. The university must pay a large amount to believe that it is in their best interest to believe women," said McCluskey's mother Jill at a press conference on Thursday.

She added that any money from lawsuit will benefit the Lauren McCluskey Foundation – which supports charitable work in Lauren’s name – and go toward supporting student-athletes and the family's legal costs.

She later added that the university is "on the wrong side of history" in how they handled her daughter's case and responded to her death.

"Women must be believed and taken seriously when they ask for help.  We are confident that with the help of this cause of action, the University of Utah will be a safer place for current and future daughters who obtain an education there," Jill McCluskey added.

More than a week before her death, McCluskey had reported to police that her ex-boyfriend was harassing her and demanding money in exchange for not posting compromising photos of her online. Police investigated but they never checked him against state records where they could have discovered he was a parolee.

Both Jill McCluskey and her husband Matthew spoke at the press conference regarding the lawsuit on Thursday morning. They have been advocates for campus safety and domestic violence prevention since their daughter's death.

"It is with broken hearts that we stand before you today after the murder of our only daughter Lauren. We loved her dearly," Jill McCluskey said at the press conference on Thursday.

Watch the full press conference below:

Jill McCluskey spoke about Lauren's friends, who she says reported concerns in late September 2018 about the shooting suspect bringing a gun to campus. She says that the university failed to respond to these concerns.

"That is one of the many failures that resulted in Lauren's death," Jill McCluskey added.

When the University of Utah released a report in December that said McCluskey’s death could not have been prevented, her parents disputed the claim.

“We respectfully disagree with the conclusion that Lauren’s murder could not have been prevented. There were numerous opportunities to protect her during the almost two weeks between the time when our daughter began expressing repeated, elevating and persistent concerns about her situation and the time of her murder,” the family said in a statement.

Jill McCluskey addressed the university's conclusion again on Thursday, saying that the statement "made her physically ill."

She said she sent University of Utah President Ruth Watkins an email on Dec. 29 asking the university to partner with the McCluskey family to address "clear and obvious deficiencies" in the safety of the university, and "openly admit" that people failed her daughter and should be held accountable.

She said Watkins never responded to her email and added that nobody at the university has been disciplined for her daughter's death.

“The same culture prevails at the campus police. There has been no significant change," she added.

McCluskey's father Matthew echoed many of his wife's sentiments.

“Lauren was a beautiful woman in all respects – kind, thoughtful, poised, pleased about her life and excited for the future," Matthew McCluskey said. "I do not want to be in this world without Lauren, but being stuck here, I have no choice but to try and make this world better," he said.

He added that he and Jill are committed to improving campus safety and holding the university accountable for what the family considers a failure to protect their daughter.

"We had hoped to have an adult conversation with the University of Utah administration to work with them to build a safer future for all of their students.  Regrettably, the administration has chosen a path of defensiveness, denial and no accountability," Matthew McCluskey said. "Their refusal to take responsibility will only perpetuate this flawed culture.  And we cannot stand by while students are imperiled."

“It is with the greatest reluctance that we have chosen this last resort of legal action. Our only profit will be the somber satisfaction of saving lives," he added.

McCluskey's father said he and his wife have two goals: Honor Lauren's memiory and make the world better.