VERIFY: Have Washington sheriffs refused to enforce laws before?

Twenty Washington sheriffs have said they will not enforce I-1639. 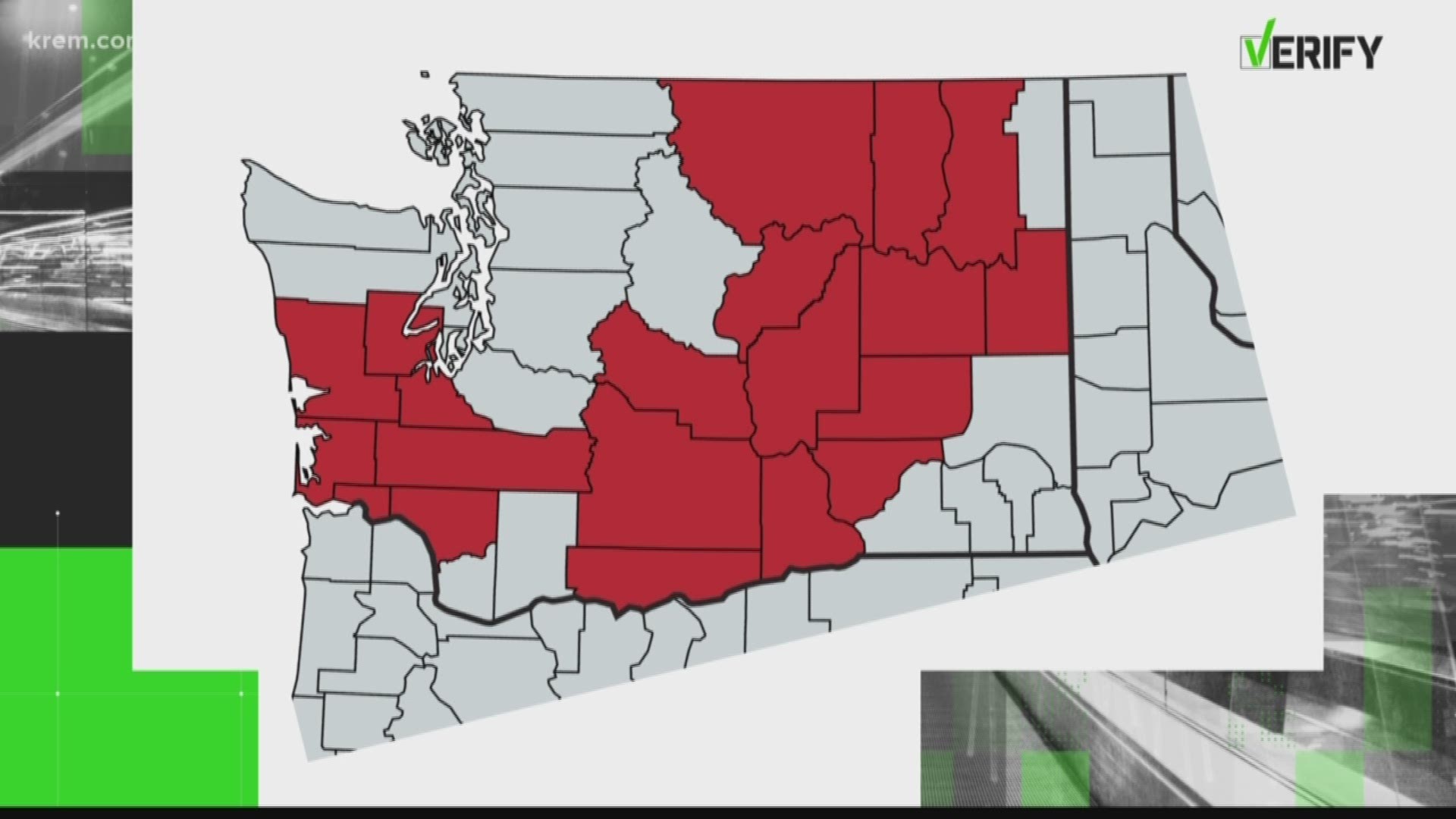 Initiative 1639 passed with just under 60 percent of the vote in Washington state. It implements a number of gun control measures, including more strict background checks and raising the legal purchase age of semi-automatic guns from 18 to 21.

Since it passed, 20 sheriffs have said they believe the law is either unconstitutional or unenforceable.

That's led many to wonder: Has anything like this ever happened before? Have other laws been ignored by law enforcement officers in this way?

To answer that, we talked with some of the sheriffs involved.

A spokesman for the Yakima County Sheriff's Office could not recall any law similar to 1639.

In Wahkiakum County, Sheriff Mark Howie said I-1639 is the first law he has ever refused to enforce in his 29 years there.

In Klickitat County, Sheriff Bob Songer said this was the first law he has found to be unenforceable in his 48 years.

Some comparisons have been made to the issues of marijuana and immigration.

For instance, the city of Seattle refused to cooperate with federal agents to enforce anti-marijuana laws.

There are also sanctuary cities and counties who refuse to cooperate with immigration enforcement to varying degrees.

But neither side of the I-1639 debate finds those analogies particularly comparable.

Spokane Sheriff Ozzie Knezovich has said law enforcement officers should not pick and choose which laws to enforce. He said he does not believe there is anything for him to enforce within I-1639.

Washington's Attorney General Bob Ferguson sent a letter to the various sheriffs calling them out for their decision. In that letter, he stated I-1639 is different from marijuana and immigration because both of the latter cases involved federal government trying to force states to impose federal laws, whereas I-1639 is a state law passed by the voters.

When it comes to sheriffs and state law, we can verify that the I-1639 situation is a first.