Dog who killed man in Moses Lake to be 'humanely euthanized' 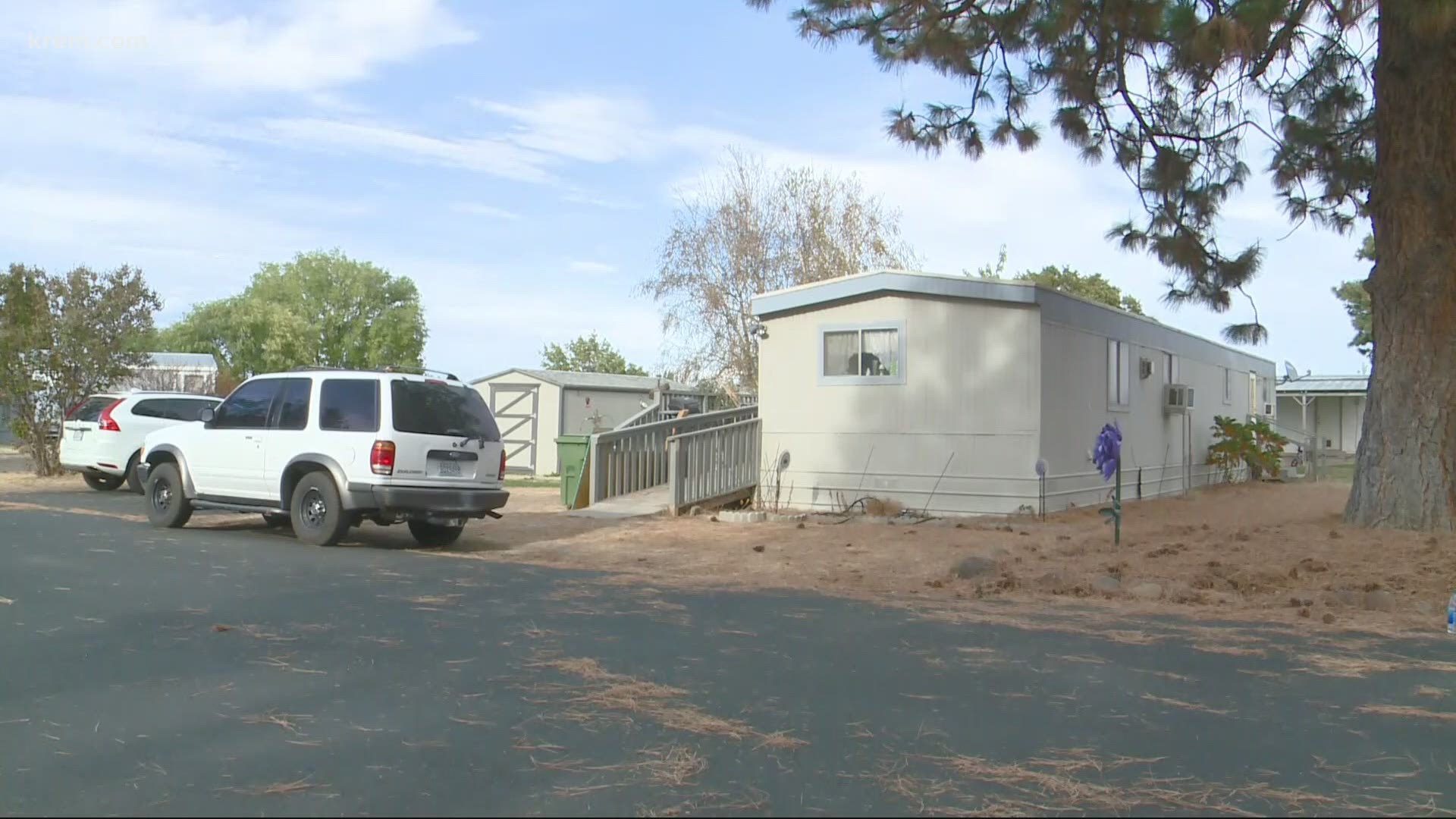 MOSES LAKE, Wash. — The Grant County Coroner ruled the death of the man killed in a dog attack was an accident.

According to the GCSO, 27-year-old Zachary S. Willis of Moses Lake died from his injuries after his dog attacked him at his home Thursday. A woman also sustained serious but non-life-threatening injuries.

According to the Grant County Sheriff's Office, the dog involved in the attack will be "humanely euthanized."

In a Facebook Live video, Kyle Foreman with the Grant County Sheriff’s Office said deputies were called to the Harvest Manor Mobile Home Park on Airway Drive around 11:20 a.m. for a report of an animal attack.

Foreman said the woman was found with serious but non-life-threatening injuries consistent with a dog attack and was taken to Samaritan Hospital. As of Friday morning, Foreman said there was no change in her condition.

First responders tried to resuscitate Willis at the scene but was pronounced dead, according to Foreman. Willis's injuries are consistent with a dog attack, Foreman said.

Foreman said the dog appeared to be a pit bull or similar mix. He said the dog lived at the home with the victims. The dog was injured during the incident and is being treated by a local veterinarian.

Foreman said detectives are still on scene working to find out what happened.

BREAKING: Grant County Coroner Craig Morrison identified the victim of yesterday's dog attack as 27-year-old Zachary S. Willis of Moses Lake. His next-of-kin has been notified. An autopsy is being scheduled. @KREM2@GrantCoSheriff