Spokane Public Schools issues 325 layoff notices, classified staff to be notified in May 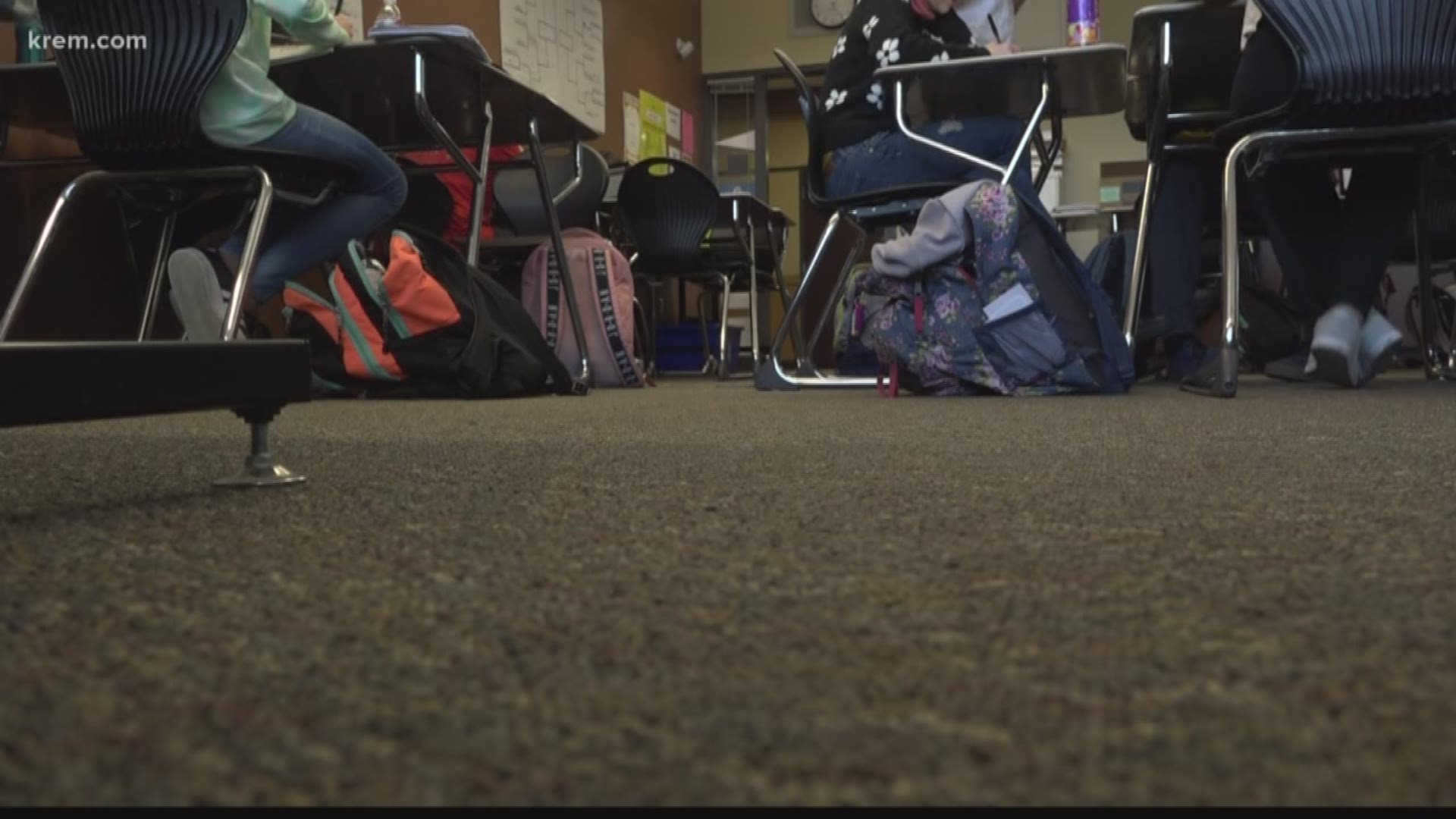 "This is a scary day," said Katy Henry, president of the Spokane Education Association. "A lot of people have had really traumatic news and that's hard to hear. It's not a good day for anyone."

The Spokane Education Association is a union that represents SPS teachers.

Classified employees, including custodial and clerical staff, will learn about layoffs soon, according to district spokesman Brian Coddington.

The district has not yet released a break down of how the layoffs will affect staffing at each school.

Coddington said classified staff members would will be laid off will be notified in the May.

"We will make those announcements more publicly as appropriate, but these are individual conversations that impact people's lives, so we want to make sure those conversations are had with them before we have public conversation," he said.

Earlier this year, about 100 administrative positions were also removed through retirements and buy-outs. Any position that was not "mission critical" was not re-hired, Coddington said.

Two librarians are being laid off, Coddington said.

All other librarians will move into teaching positions, as the district reworks its library model.

The district said it made cuts because of reduction in local levy revenue due to the state McCleary Decision.

The decision boosted statewide funding for public schools but it also reduced the revenue that could be generated from local levies.

The district is facing a budget shortfall of approximately $31 million next year, school officials said.

SPS Superintendent Shelley Redinger said about 41 percent of the cuts were made outside of classroom staff, but in the end the district had to cut teaching staff.

"It was not enough dollars in terms of funding our basic needs. Special education would be an example of that," Redinger said during a press conference Friday afternoon.

According to a district handout presented at the press conference, state funding doesn't fully cover many services provided by the school district. For example, state funding only covers 12 percent of the funding for SPS special education students, according to the handout.

Redinger said the district will discuss ideas for changing elementary school days and library models in the coming weeks to make up for some funding cuts.

The district may also consider a local levy to make up for some of the funding losses, but that levy wouldn't go up for a vote before the positions are cut.

A Washington lawmaker says that Supreme Court has ruled the state has met its Constitutional obligation to fully fund basic education.

Sen. Andy Billig, who represent the 3rd legislative district, said combined state and levy funds for Spokane Public Schools have increased by $73 million – or 21 percent – over the past two years.

Billig provided data to support his statement. However, these numbers include the previous years but do not include the 2019-2020 school year.

“Still, there is much need in K-12 education and in many other state-funded programs,” Billig said. “I support the additional funding for school districts and hope we will be able to do so this year, but we are balancing the need for that funding with the impact of the tax raises that would be needed to pay for that additional funding.”

Billig added that increased funding, particularly for special education, will likely be included in the Washington state Legislature’s final budget.

One Spokane teacher said she is one of 16 certified staff members laid off from John R. Rogers High School. In her post on Facebook, Stacie Collier said the layoffs are disproportionate because some schools aren't seeing any layoffs at all.

KREM asked Coddington why the layoffs appear disproportionate, with some schools seeing more teachers laid off than others.

He attributes this to fluctuating turn over rates throughout the district.

RELATED: Why some Spokane Co. homeowners' taxes went up even though tax rates went down 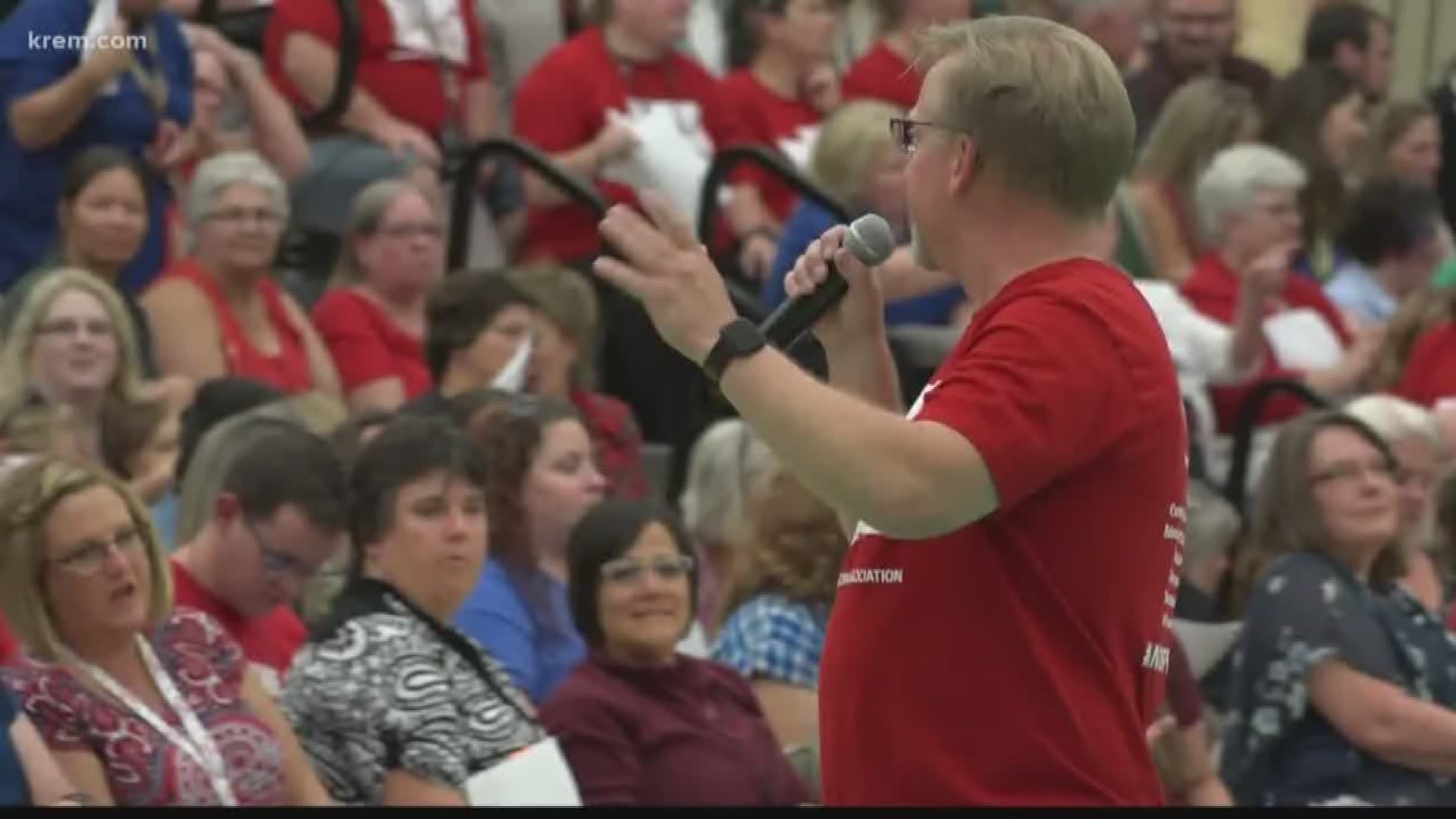