It's a petition advocating for more local management of cougar regulations. It has received more than 250 signatures. 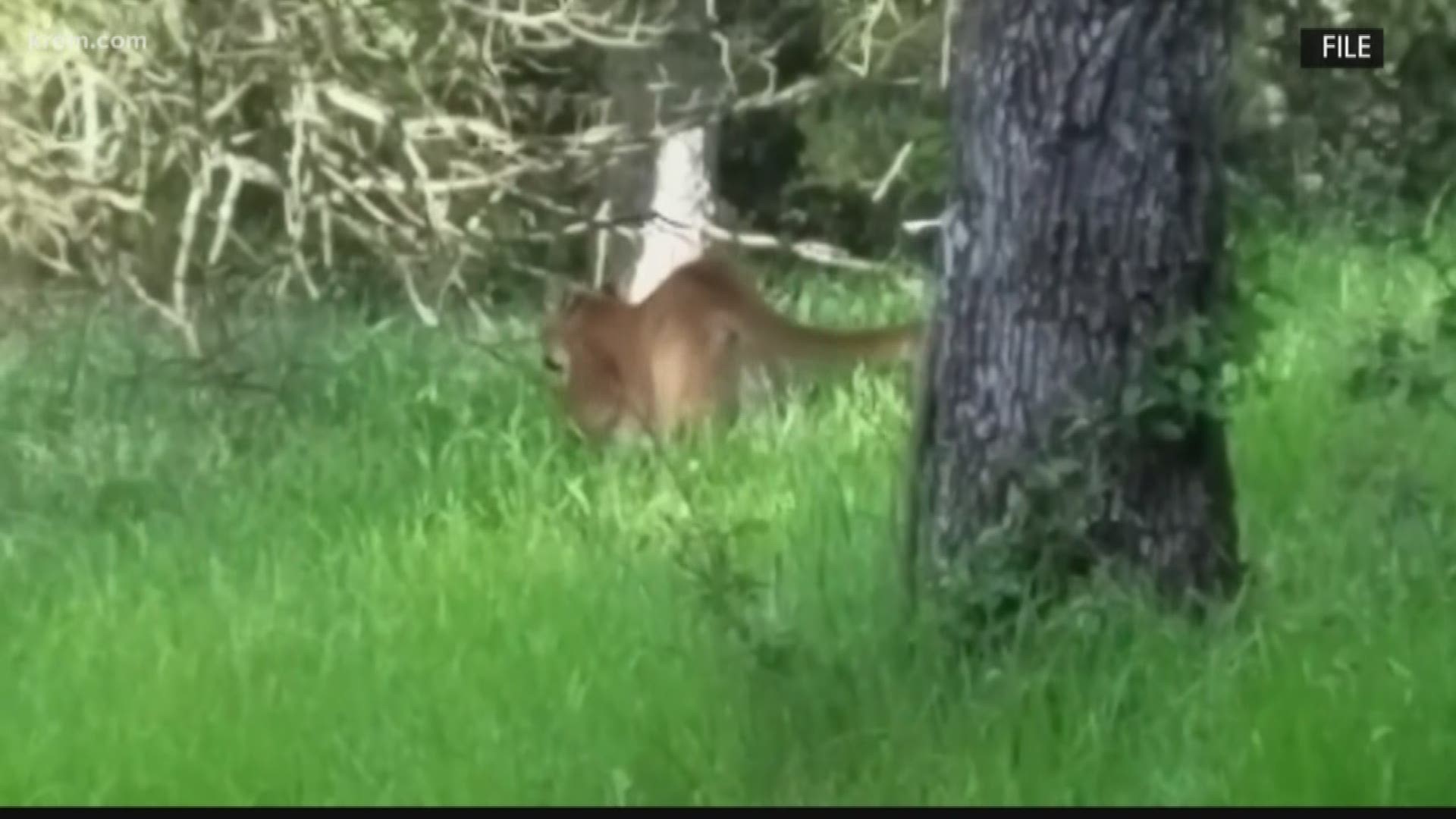 Sporting good stores in the area say more people are buying hunting cameras than before. While the devices are typically intended for hunters, regular customers are buying them to spot cougars roaming through their yards.

Clark has owned the Clark's All-Sports sporting goods store for more than 40 years. He said over the years he's been hearing more stories from people saying they are concerned about the growing population of cougars.

"Kids that live out of town can not go out and play right now," he said. "There are too many cougars. People that are hiking are buying handguns more. Unless you are living it, you're probably not believing it."

Clark said this concern is why he recently signed a petition.

It's a petition advocating for more local management of cougar regulations. It has received more than 250 signatures.

"The people who live here locally realize that our cougar problem is huge," Clark said. "That's a notion that we have trouble convincing others of unless you're seeing it every day."

The Washington Department of Fish and Wildlife allows hunters to kill one cougar per year with a cougar hunting tag.

But people in Stevens County say this limit is too low for an area that sees so many cougars.

The petition would allow the local county office to determine cougar regulations.

"There's just too many encounters going on out there with cougars," Clark said. "My biggest concern is kids. Our deer population is going down so fast that our predators are going to have to find something to eat."

Clark said his time in the business has shown him how the cougar population has affected the hunting business.

"Our deer herds are down a great deal," he said. "Our traffic coming into the store for hunting season is down. We've gone from one of the prime whitetail hunting areas in the United States down to practically non-existence."

Freddie Giannecchini is another one of the petition's supporters. He said the petition will help give people peace of mind.

"This petition has been put together by people who have had actual experiences losing personal property, animals...on their property very close to their homes," he said. "We're hoping people can let their kids go outside and that they don't have to be standing out there with their gun on them when they keep an eye on their kids."

Staci Lehman, spokesperson for the department, said people from Stevens County traveled to the office in Spokane to attend the meeting.

"They came and explained to us their opinions and concerns regarding the cougar numbers. We were open to their comments and listened," she said.

Lehman said the department is hoping to work with the community and help its people come to an agreeable decision.

"We were already looking to address some of the concerns they brought up and have been discussing the possibility of changing some of the regulations. It's been a consideration," she said.

Deedee Isaacs, creator of the petition, said the petition isn't a protest or an act against the WDFW, just a way of people voicing their concerns and showing them that the cougar population is a widespread issue.

On Tuesday, those in Stevens County will be holding a meeting, inviting more people to sign the petition. Representatives from the WDFW are expected to attend to further hear the community's concerns.