The report did not find disparities by race in stops or arrests, but Black and Native Americans subjects in Spokane were more likely to have force used against them. 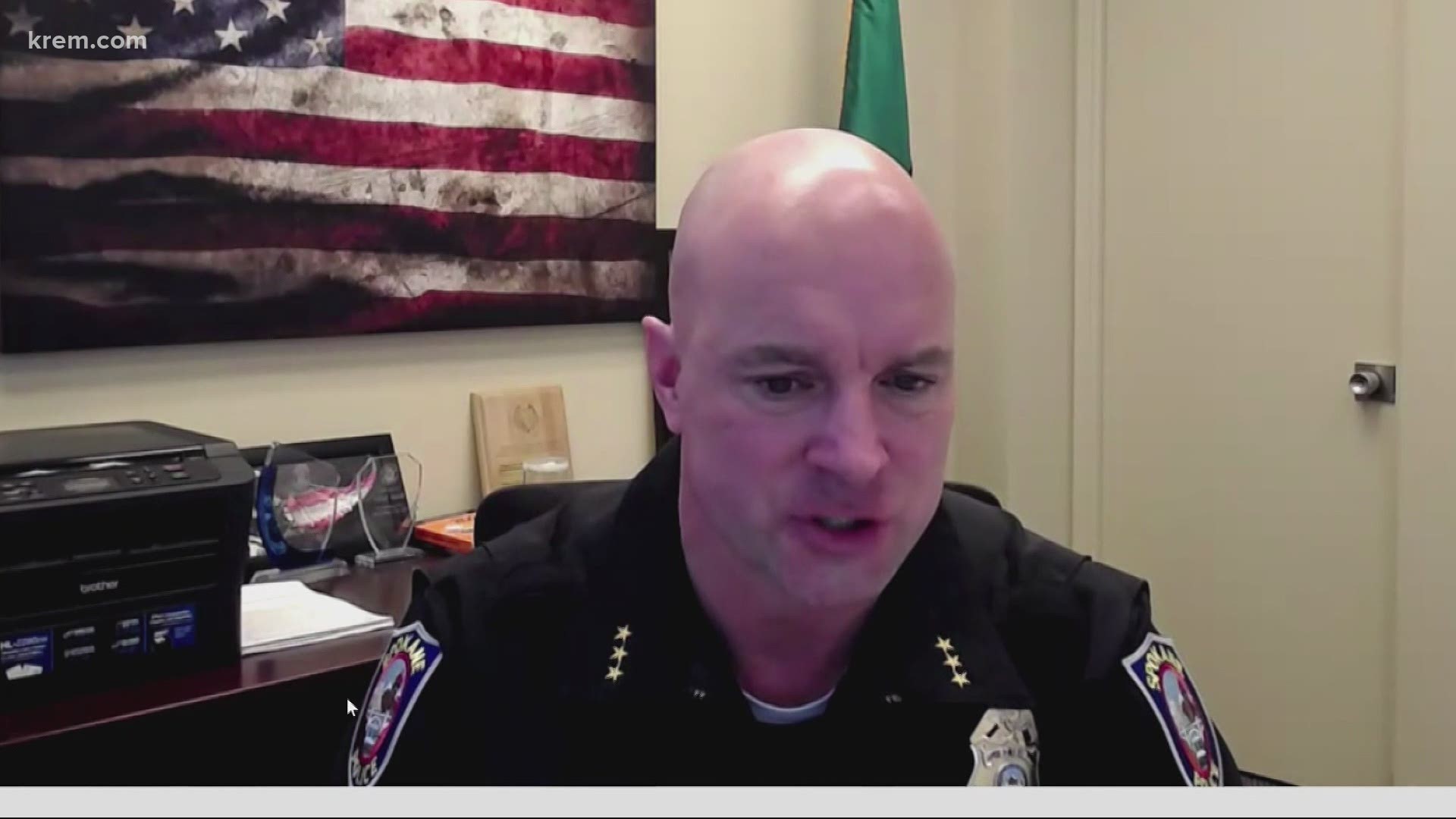 SPOKANE, Wash. — A report commissioned by the Spokane Police Department shows that Black and Native American residents were more likely to be suspected of crimes and have forced used against them by officers.

The 300-page report is a "comprehensive analysis of police contacts focusing on SPD data," according to a press release from the department. Data used for the report was from Jan. 1, 2017 through the end of June 2020. Police Strategies LLC, the company that developed the Spokane Office of the Police Ombudsman’s Use of Force dashboard system, compiled the data.

Reported crimes included in the study are incidents the public calls into Spokane police via 911, Crime Check or another avenue where an officer follows up on the incident. They also include officer-initiated stops.

Police Strategies, the group who did the study, said the methodology behind their analysis is different from most tradition reports because instead of comparing things like stops and arrests to raw population data, they will use metrics such as reported crime rates and uses of force compared to stops.

CEO Bob Scales said this gives a more accurate picture of disparities, which can be skewed by big differences in population. In their report, there weren't any large disparities when it came to stops compared to suspects, or arrests and citations compared to stops by race.

SPD said it paid Police Strategies $10,000 for the analysis.

Police Strategies lists four people on its team: CEO Bob Scales, a former King County Deputy Prosecutor and Special Assistant U.S. Attorney; Partner Mike Sanford, a former Assistant Chief for the Seattle Police Department; Partner Kathryn Olson, an attorney who was formerly Director of the Office of Professional Accountability for the Seattle Police Department; and Senior Analyst Jane Poore, a regional data consultant who has worked for Measures for Justice.

Kiantha Duncan, president of the Spokane NAACP chapter, said the report is "two steps in the right direction" because it shows transparency on the part of SPD and offers an opportunity for different groups to work together in addressing disparities.

“While I’m not particularly excited about the findings of the report, I am excited that the police department and the city is willing to make this a very transparent process and willing to have community involvement," Duncan told KREM's Amanda Roley. "And the NAACP is coming to the table with open arms to help address the disparities we see in communities of color.”

The largest racial disparities were observed in discretionary searches that occurred after a traffic stop, according to the report, but the author said this data should be "viewed with caution" since the total number of searches examined was only 256.

Scales added that SPD should track the number of attempted searches so that data can be reviewed about how many are rejected, which would allow analysis of possible disparities in who officers ask for searches.

The report's findings show that it is "unlikely Spokane Police officers are engaged in systemic bias practices against any particular demographic group," according to the author.

"The data also suggests that the racial groups that are typically viewed as the targets of police racial bias (Blacks, Hispanics, and Native Americans) have the lowest risk of being discriminated against during encounters where officers have a high level of discretion in making law enforcement decisions," the author's summary reads in part.

The full report is available to read on the City of Spokane's website.