Dana Lawson is living with cancer, is an above-the-knee amputee and domestic violence survivor. But she's not letting any of that stop her from helping others. 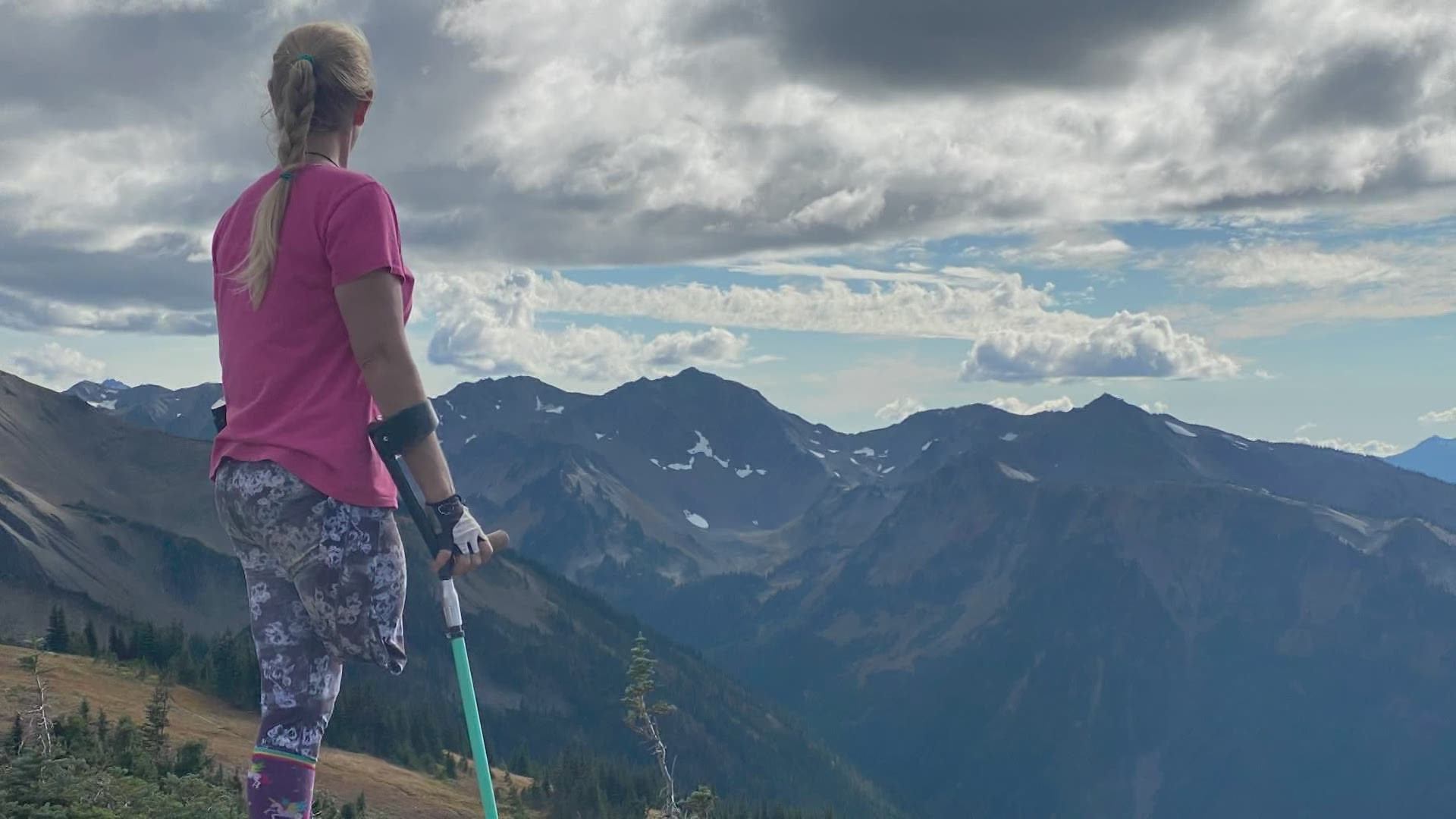 PORT ANGELES, Wash. — A Port Angeles woman is showing her strength against the odds and helping to raise others up as she takes on a big challenge this weekend.

Dana Lawson is living with cancer, is an above-the-knee amputee and a survivor of domestic violence, but she isn't letting any of that stop her from doing what she loves to do.

On June 6, Lawson will compete in the North Olympic Discovery Marathon -- on crutches -- to raise awareness for other domestic violence survivors.

"One of the things that happens in a domestic abuse situation is that the abused person is conditioned to think of themself as small, incapable, and dependent," said Lawson in a press statement. "This happened to me. But connecting with nature, and pushing my own limits--both physically and emotionally--has helped me to rediscover my unbounded horizons. Now I aim to help other women do the same."

"Unbounded Horizons utilizes the healing power of the natural environment, coupled with group support, to aid participants in developing more confidence, self-compassion, and self-worth," according to a press release.

Graduates will leave the program empowered with skills to successfully rebuild their lives.

On race day, Lawson plans to highlight the stories of survivors and victims of domestic abuse across her social media channels, with each mile dedicated to sharing a different woman's experience.

"My hope," said Lawson, "is to shine a light on an issue relegated for far too long to the shadows, and to give voice to the many victims rendered voiceless by their abusers. Incidents of domestic violence have spiked during the COVID pandemic and as we emerge from quarantine and resume our lives, we can not allow these victims to be left behind."