Due to COVID-19, however, Bemis, her friends and family will have to become even more creative this year. 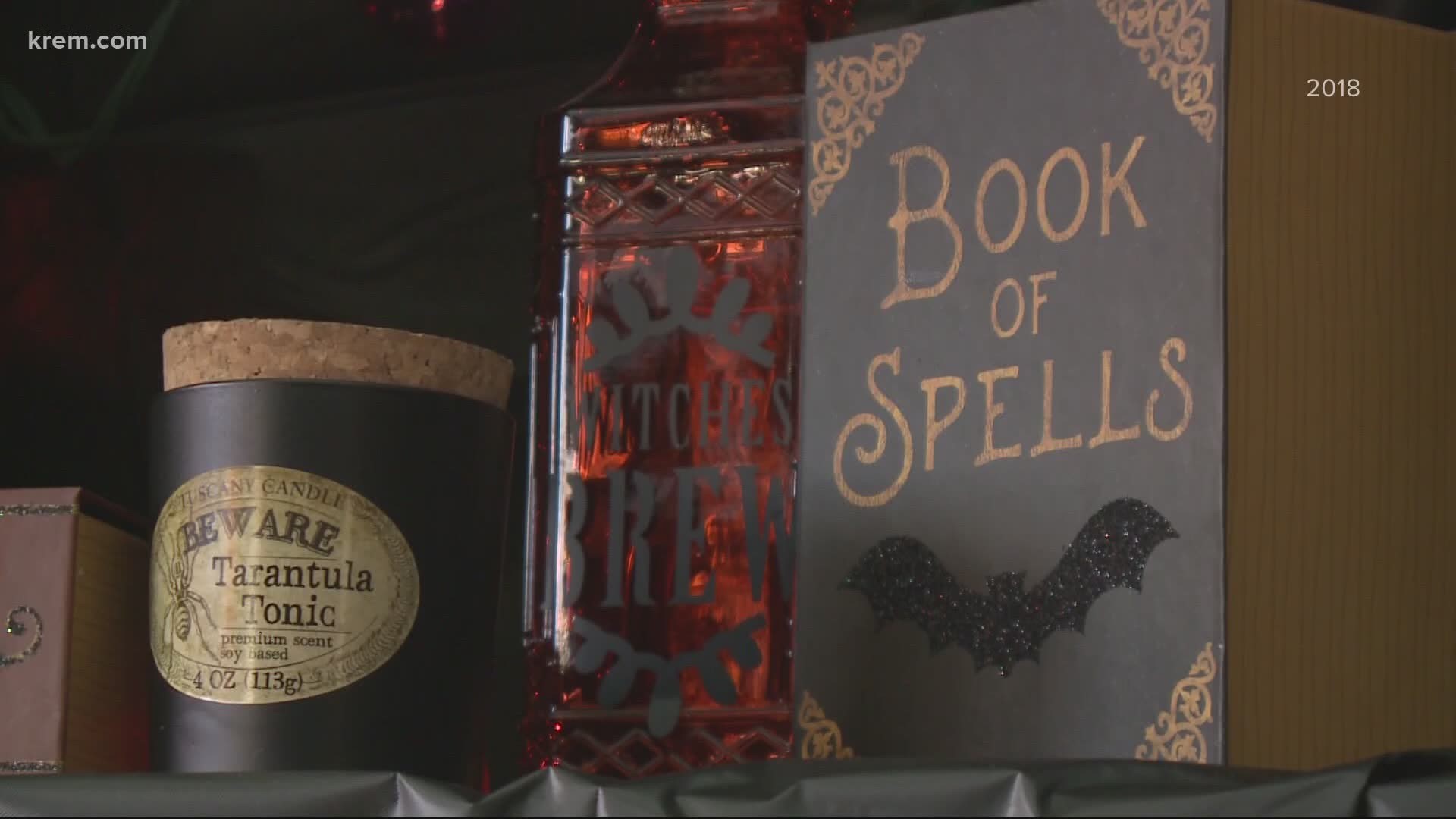 SPOKANE, Wash. — Towards the end of October, South Hill resident Suzanne Bemis was already known for getting creative with her home when it came to celebrating Halloween.

For the last couple of years, the Bemis home at 1318 South Bernard has been fully decorated with various themes as it welcomed throngs of trick-or-treaters.

Due to COVID-19, however, Bemis and her friends and family will have to become even more creative this year.

Bemis made it clear she doesn't mind her Bernard Street home being dubbed 'That crazy Halloween house of Spokane.' Two years ago, her home was decked out in a Harry Potter theme which featured an inflatable dragon, three tents representing Hogwarts classrooms, and multiple pumpkins. Other themes at her South Hill home have included Alice in Wonderland and an alien theme.

The decked out house has served as not only a fun trick-or-treating destination, but also a way for Bemis to collect donations for a local food bank.

While the coronavirus pandemic initially sidelined the homeowner's plans for another fun Halloween event in 2020, Bemis says she changed her mind after hearing that local food banks were in great need because of COVID-19.

"We decided we had to do something that was COVID-appropriate," she said.

Bemis' solution? Using unconventional methods to hand out candy, among other things.

"We're going to be delivering candy in a super-fun way down a big candy slide, which we're really looking forward to," she said.

The home's theme this Halloween will be based on the classic board game Candy Land and will be designed to encourage social distancing, Bemis said. The setup will feature characters in costume, but behind plexiglass partitions. Children and families will be encouraged to take selfies with the characters from a distance.

"We'll have spacing to keep everyone six feet apart," Bemis said. "We're having a lot of fun with the set this year. It's very colorful, very bright."

The changes come as the Centers for Disease Control announced on Monday that it was advising against traditional door-to-door trick or treating amidst COVID-19. While the CDC listed handing treats to children as a "higher risk" activity, the agency suggested some alternative activities with social distancing in mind. Information posted to the agency's website listed "one-way trick-or-treating where individually wrapped goodie bags are lined up for families to grab and go" as a moderate risk activity.

Kelli Hawkins, a spokesperson for the Spokane Regional Health District, said the agency planned to encourage local families to follow the CDC guidance.

"It's been such a dark year. But I think everyone can agree with  putting on something that's still safe, but lots of bright, fun, cheery and gives us an opportunity to raise some great donations," said Bemis. "This could potentially be a really big event. But we want to keep everybody safe at the same time."