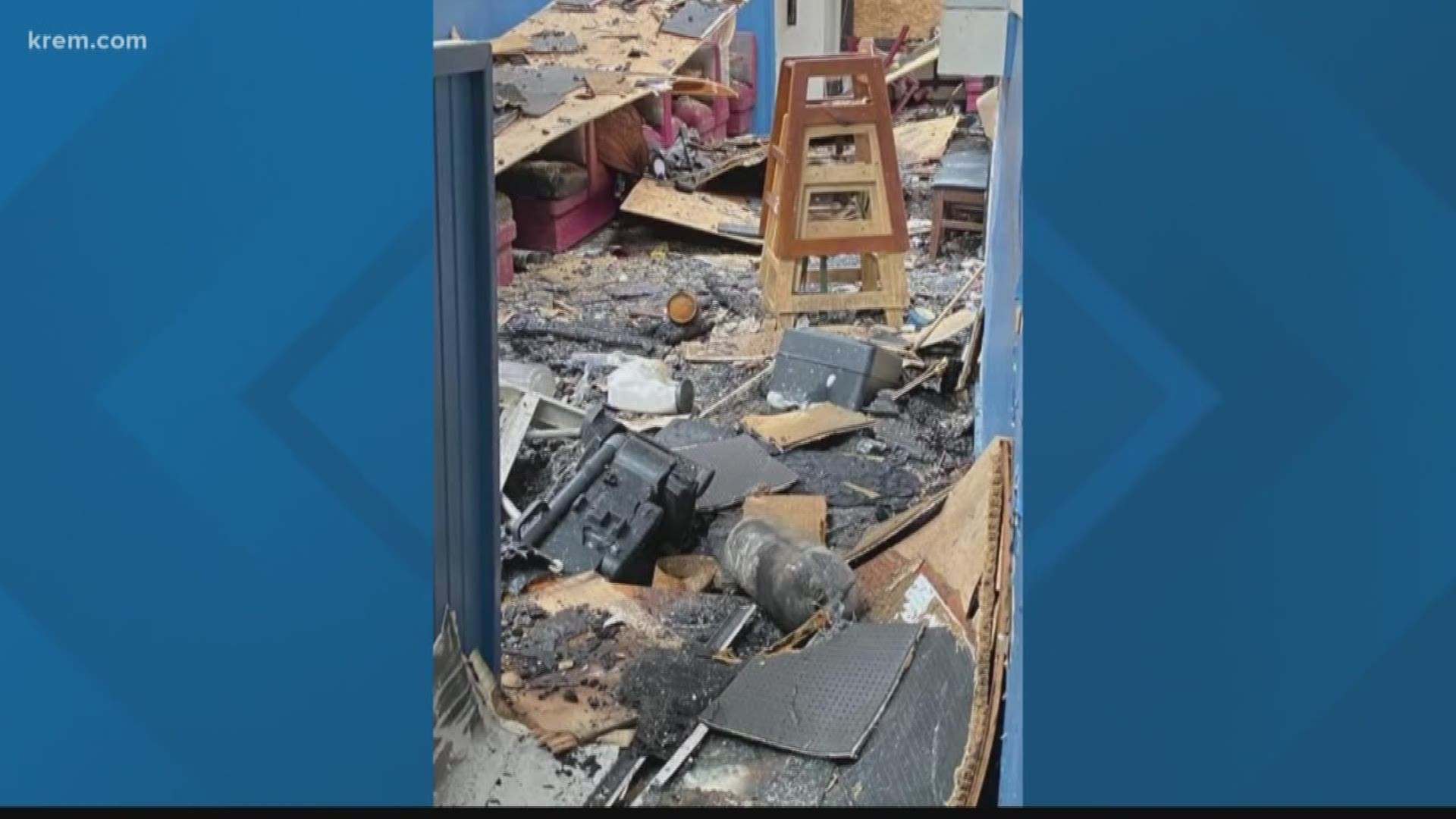 COEUR D'ALENE, Idaho — New photos are showing the destruction at a Coeur d’Alene burger restaurant following a fire that broke out in late January.

The fire that broke out in the early morning hours of Monday, Jan. 20 destroyed much of a brick building on the corner of Fourth Street and Lakeside Avenue in downtown Coeur d’Alene. Six businesses, including Schmidty’s Burgers, were displaced by the fire.

A social media post on Friday said that almost nothing from the building is salvageable and all of the equipment is ruined. Miraculously, the restaurant’s first dollar survived the fire.

Owners told KREM's Taylor Viydo on Monday that they finally retrieved their belongings from the building.

The business is in the process of finding another location, the social media post says.

Denise Schmidt, who has owned Schmidty’s Burgers with her husband Nate for six years, told KREM in January that moving forward after the fire has been challenging.

A GoFundMe campaign for Schmidty’s Burgers has raised nearly $3,000 in less than one month.

At last check, the investigation into the fire was delayed as fire investigators were working through logistical challenges. Coeur d'Alene Fire Department investigator Craig Etherton said inquiries into additional fires in Kootenai County have also impacted the process.

KREM has reached out to fire department leaders about the investigation’s current status.