While restaurants will be able to re-open during Gov. Inslee's second phase, some will choose not to. 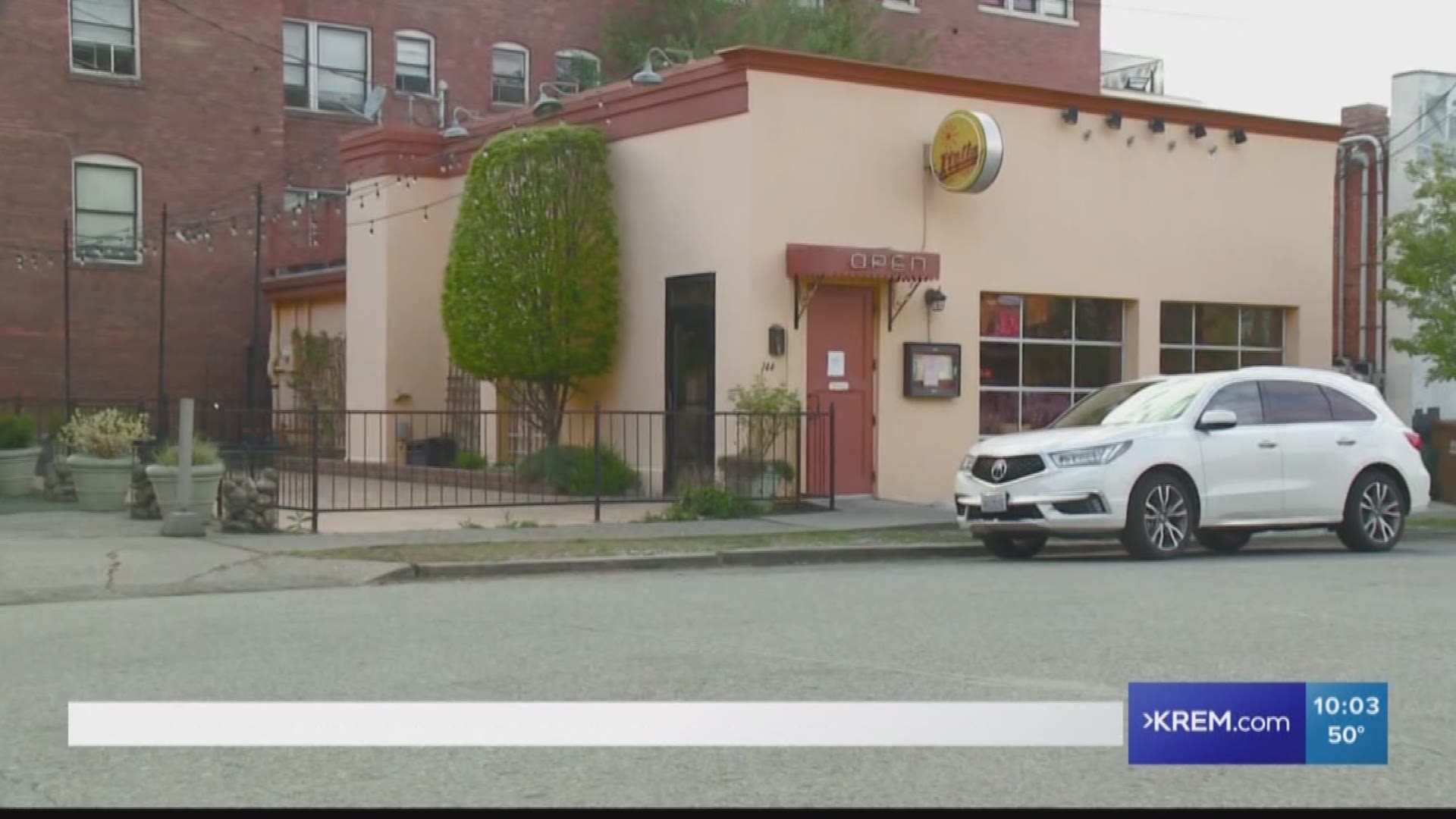 No one was watching Gov. Jay Inlsee’s announcement regarding the reopening of the state closer than local restaurant owners last Friday.

The good news is Washington state restaurants are slated to reopen in the next wave of the governor’s plan. That’s a critical step to jump-starting our economy, since the hospitality industry made up of restaurants, bars, inns and hotels are the state’s largest private employer.

The bad news: restaurants now face a whole new set of challenges and risks associated with reopening their doors to customers during the coronavirus pandemic.

RELATED: What would it take to reopen Spokane before Washington state?

In 39 years of owning and operating Spokane’s Swinging Doors Tavern, Bob Materne says he’s never seen anything like how the coronavirus has gutted the restaurant industry. The beloved restaurant and sports bar with more than 50 screens for watching “the game” was shuttered by the governor’s orders just before what is typically one of the busiest times of the year for the restaurant -- the NCAA basketball tournament. 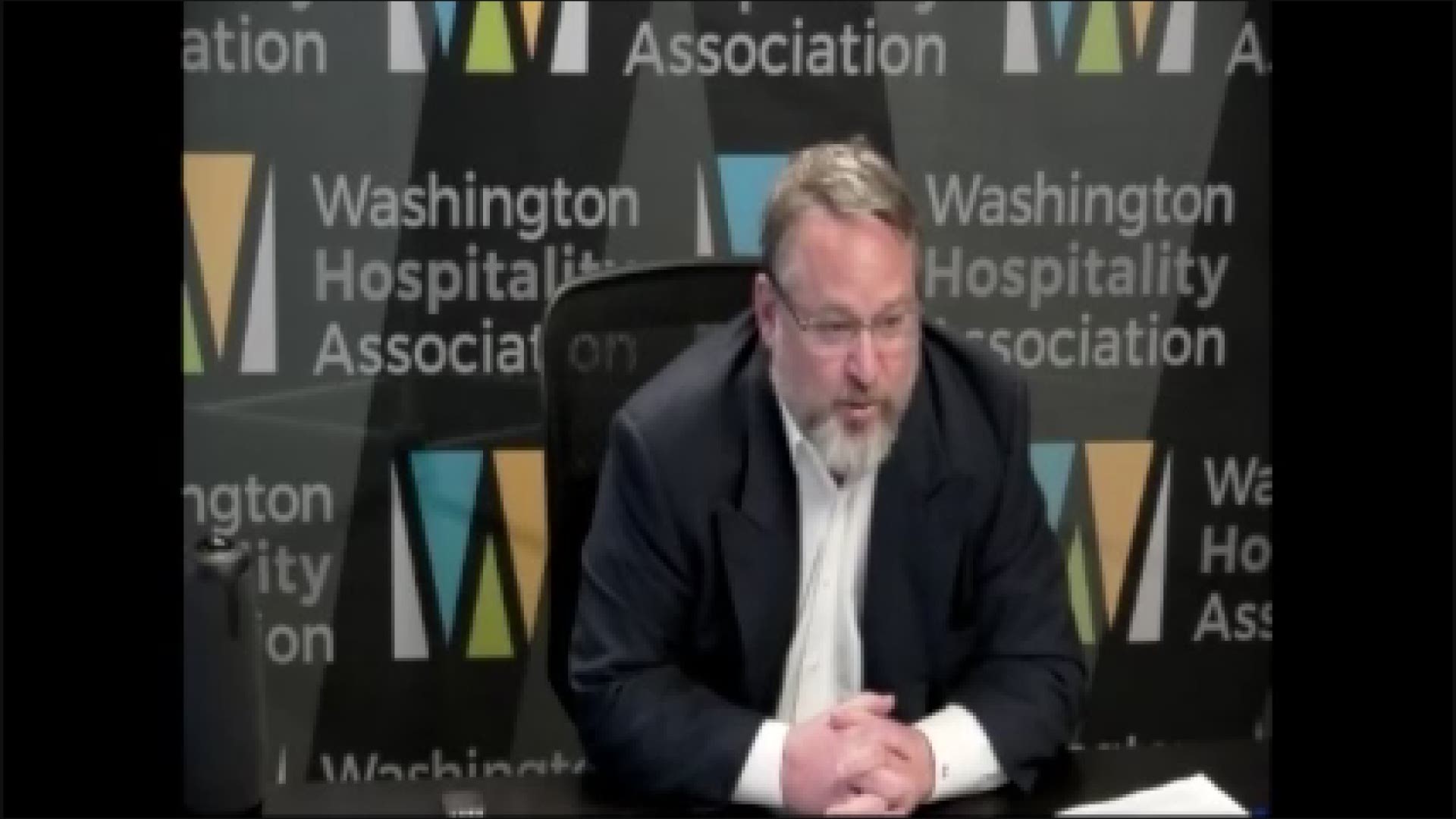 Since the March 16 order, Materne has remained committed to serving his loyal customers and keeping his 35 staffers on his payroll through take-out orders. But as appreciated as those orders are, the restaurant is only operating at about 30 percent of what it typically would.

Now, reopening for in-restaurant service as part of the governor’s second stage presents a whole new set of challenges for Materne and Swinging Doors, as well as all of the restaurants in the region.

One of the first orders of business in order to reopen to diners, is ensuring their safety. Materne has already invested in an ultraviolet light HVAC system to better disinfect the restaurant’s air.  He’s ordered a pod to create some additional seating outside the restaurant and is working to provide more distance between tables inside. He’s working out procedures to allow servers to avoid handling money or credit cards.

Then before he can reopen to diners, he will need to file his plan to ensure diner safety and comply with state standards with the Spokane Regional Health District.

Policies and procedures designed to keep the public safe are nothing new to the restaurant industry.

“Restaurants have done our part to limit the spread of the virus, to reimagine our businesses to continue safely serving our communities under quarantine, and to embrace practices that uphold the highest standard of public health and safety during a public health emergency,” explains Anthony Anton, the CEO of the Washington Hospitality Association. “Our entire industry is committed to getting this right, safely serve our community, and get our hard-working employees back to work doing what they love.”

But getting employees back to work is where some of the risk opens up for local restaurants. During normal times, restaurants operate on a tight profit margin of about four percent.

“People think because we own a restaurant, we’re rich. But when we open those taps, it’s beer that comes out. It’s not gold,” says Swinging Doors’ Bob Materne. “It’s going to be real difficult. We’re not sure how we’re going to get everyone back to their full hours.”

The second stage of the governor’s plan limits restaurants to opening at 50 percent capacity -- a proposition that is simply not profitable.

Restaurants like Downriver and Swinging Doors have no idea how the public will respond when they open their doors, and that makes managing scheduling and payroll expenses more difficult.

Ordering inventory -- food -- presents another risk. Not only does it require a financial investment from cash-strapped small businesses, unpredictable diner traffic is scary.

“It’s much more high risk,” explains Norris. “You basically have to say, OK I have one fish and when I run out, I’m not going to be able to get another one. And hopefully people aren’t going to be mad that I don’t have my salmon anymore. Or do I order two? And so it’s a challenge. Every single thing is a challenge, along with the new guidelines, every day.”

The food supply is yet another issue, adds Materne. “We don’t know what’s available out there.” The supply chain has been disrupted, impacting some food pricing and availability.

Sitting the First Phase Out

Despite these challenges, Downriver Grill and Swinging Doors will welcome customers back as soon as the governor gives the green light -- which could be late May or early June. But Bethe Bowman, co-owner of Italia Trattoria, says her restaurant will sit this stage out. “I’m very thankful that Governor Inslee is very thorough and thoughtful about this situation. It’s ultimately not the best thing for business, but I think it’s the right thing to do.”

Italia Trattoria is a small restaurant, with indoor seating for only 50 people. Like more than 80 percent of Spokane restaurants, it employs fewer than 20 people. Opening in the first stage of restaurant reopenings sounds like an invitation to bleed money to Bowman. “I guarantee you, most people, if they sit down and they crunch the numbers, it's just not going to cut it.”

Instead, Italia will continue to depend on its take-out business. Take-out will also continue to be an important lifeline for Downriver and Swinging Doors, even after welcoming customers inside their doors.

In spite of all the challenges, all three restaurants, Swinging Doors, Downriver Grill, and Italia Trattoria say they will make it through this, and their customers have been their inspiration.

“Man, we have such a loyal customer base that is so caring and so lovely,” says Bowman.

Materne also has stories to tell of extraordinary acts of generosity.

“A customer came to my house and gave me an envelope with $2,000 in it to give out tips to our employees,” says Materne. “We had some people buy $2,000 in gift cards because they couldn’t make March Madness.”

For Norris, care and concern from regulars have occasionally left her in tears.

“It was in one of those moments where I realized how much I love Spokane and why I’m in the business that I’m in. It’s because I love interacting with our regulars and our new guests. I just love this community so much and I want it to continue to thrive. We’ll get through all of this. And we’ll get through this together.” 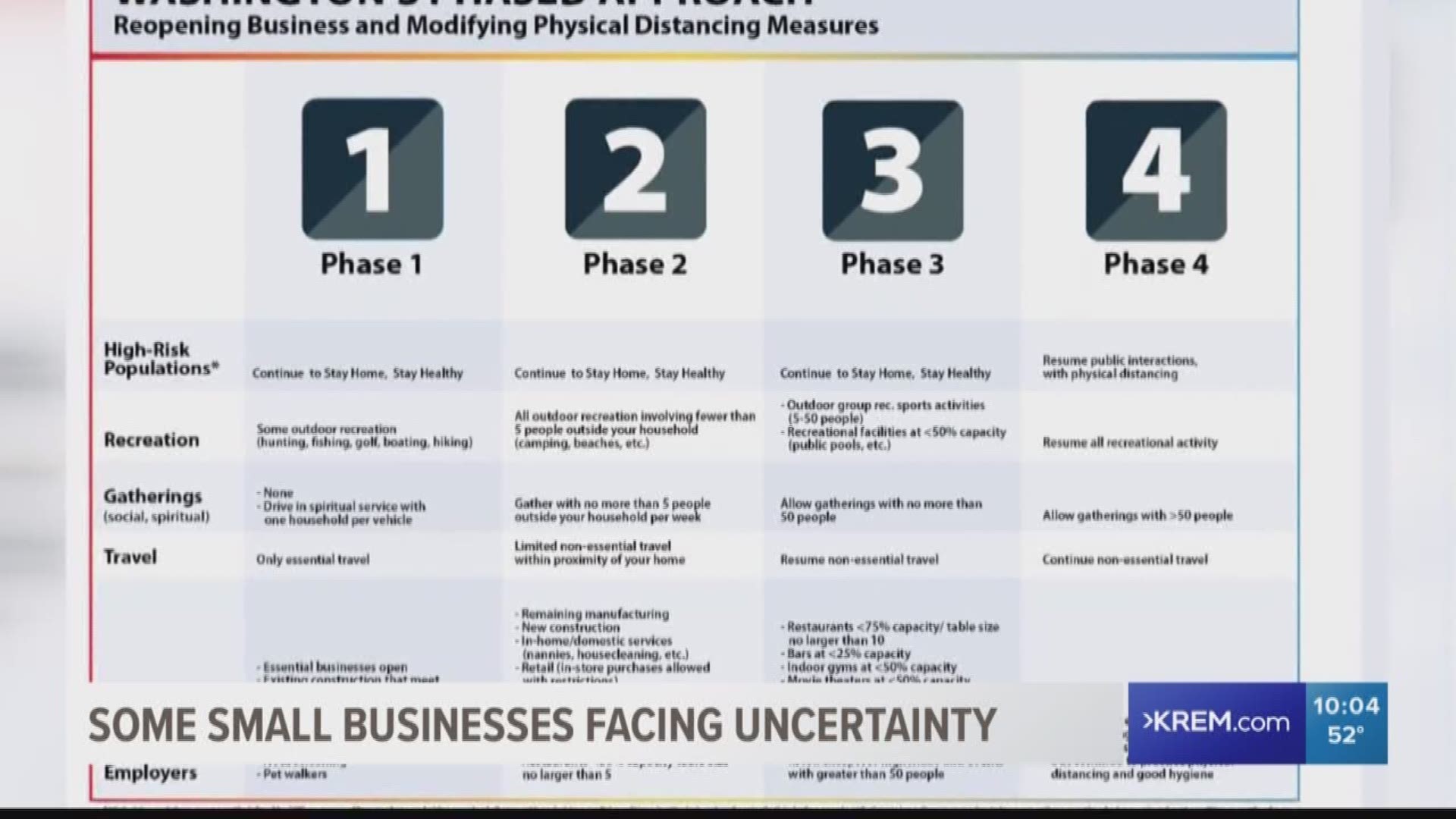 RELATED: Giving Tuesday: How you can help around the Inland Northwest