'This is my dream job being here': Second armed guard fits in at Lakeland High

The Lakeland School District employed its first armed guard at Athol Elementary in 2018, making it the first district in Idaho to employ armed guards 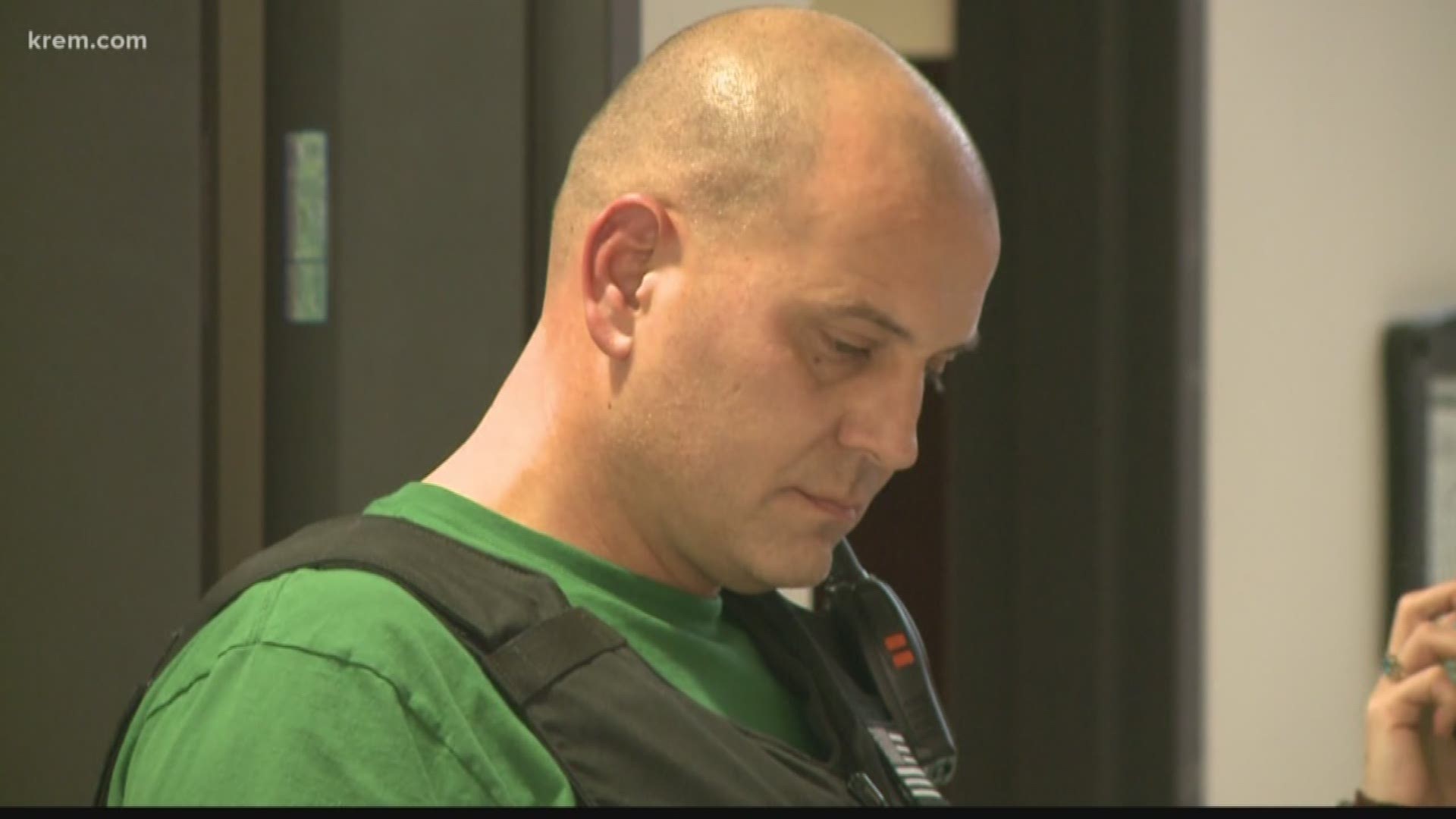 "How's the new car?" said an affable Hatcher on Tuesday afternoon to a student in a crowded Lakeland hallway.

"Really? You wrestle tomorrow?" he followed up to another student, between exchanging fist-bumps with others.

While Hatcher's friendly attitude set him apart in the busy hallway filled with teenagers, his tactical vest and accompanying sidearm also made the former full-time police officer stick out in a good way.

"I've always loved the schools," said Hatcher, who started working as an armed guard at LHS in August. "I love kids. I love to know that I'm there to protect kids."

Hatcher is the second armed guard the Lakeland Joint School District has hired since last year. In 2018, the district began employing its first guard at Athol Elementary, making it the first district in Idaho to employ armed guards, according to district staff.

The decision to hire armed guards came following the district's discussions on how to improve school safety and subsequent community feedback.

While Lakeland High School has utilized a school resource officer from Rathdrum Police over the last handful of years, Assistant Superintendent Lisa Sexton pointed out that Hatcher's hiring allows him to fully devoted to LHS. The prior SRO also split time at the high school with regular police duties.

Hatcher himself is a former officer with both Post Falls Police and Rathdrum Police. Prior to starting on-duty at LHS, Hatcher passed tests and evaluations with the Lakeland Joint School District. The former officer, who is also a Rathdrum resident, has two children already attending LHS.

"To be able to bring [law enforcement experience] here and provide protection for other kids - that's my definition of a dream job," he said.

Hatcher follows in the footsteps of armed guard Mike Hogan, who began working at Athol Elementary last year. Hogan is also a former law enforcement officer, and his hiring was met with praise from parents, staff, and students alike, according to Sexton.

"He's really been intentional about building relationships with [students]. So they just know that they have somebody in their corner," Sexton told KREM earlier this year.

Lakeland is already in the process of hiring a third guard to protect additional district schools. According to Sexton, a candidate has accepted a conditional job offer pending tests which will include a psychological evaluation and a firing range test. The tests will occur next year with the guard starting to patrol Betty Kiefer and John Brown Elementary schools next fall.

Hatcher fortunately hasn't had to use his sidearm to protect LHS students yet. The guard told KREM he has already assisted with some people at school experiencing medical issues and has helped deter students from using drugs and vaping products.

"It's been awesome. It's been fun," Hatcher said in his small office and in front of a wall that was adorned with signatures from LHS students and community members. "It's just an excuse to get kids to come into my office, to talk with them, to get a smile out of them."