The Coeur d'Alene School District said the officers differ from normal school resource officers in that they are normal staff aimed at preventing crime. 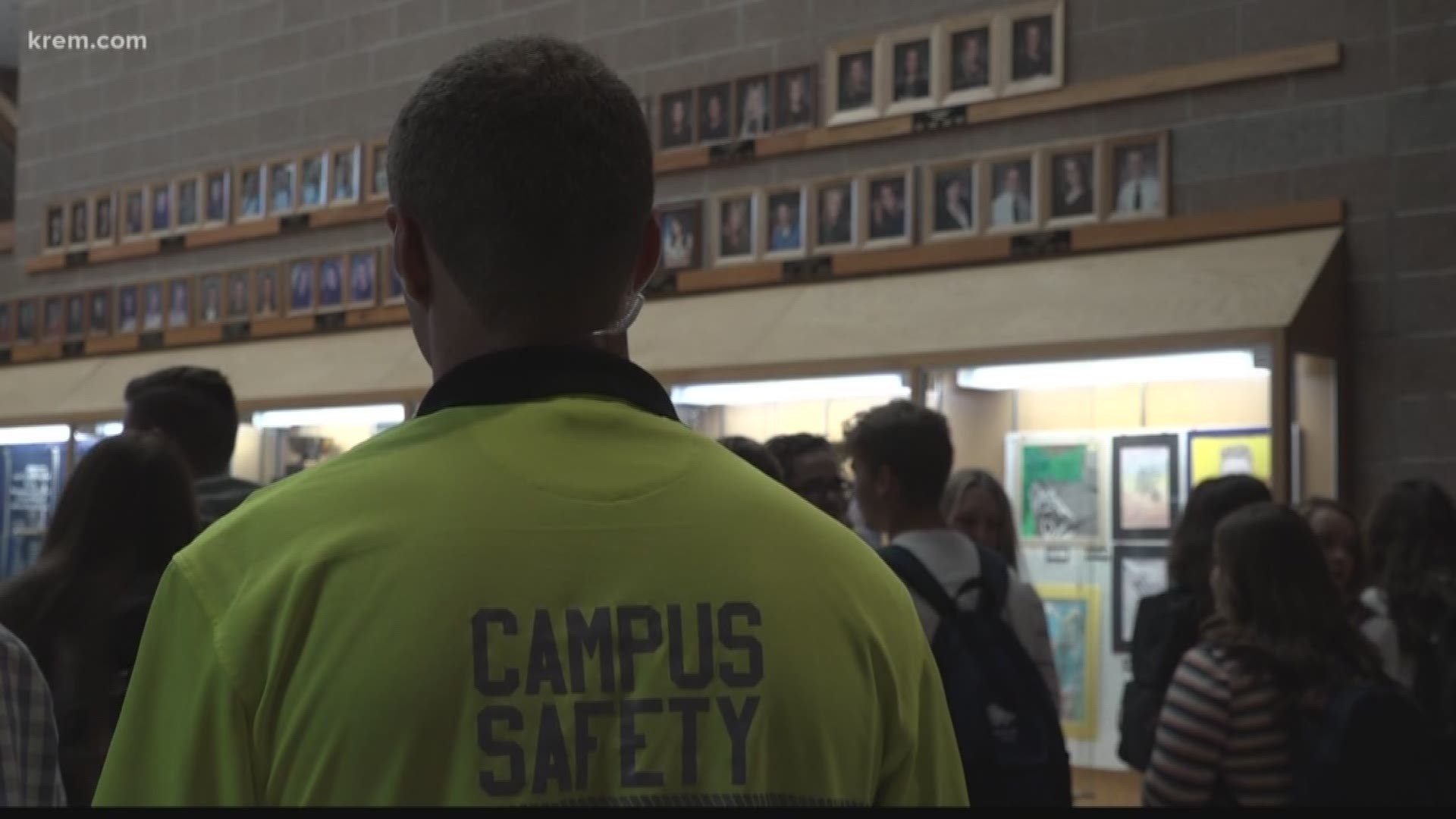 It created the position of campus safety officer and put two of the officers at Lake City High School and two at Coeur d’Alene High School.

SROs are law enforcement who are contracted through a school district. They respond to cases of crime. The district has a total of nine SROs dispersed through its schools.

Campus safety officers are school employees who work with the students to help prevent crime.

“During class time, we make sure that students have their passes, keep an eye out on what’s going on around,” Westberg said.

Wilson said he spends most of his day walking around the hallways.

The officers also check school entrances throughout the day and monitor outdoor areas where students try to sneak out of class and vape.

“To check, I’ll go through and just push open doors…and make sure that each door is locked,” Wilson said.

Westberg and Wilson said safety is their main job, but they’re also there to be a supporting resource for students.

“I think it’s huge for them to know that they have someone to go to,” Westberg said.

The following video is a report on the Lake Pend Oreille School District expanding their school resource officer program.