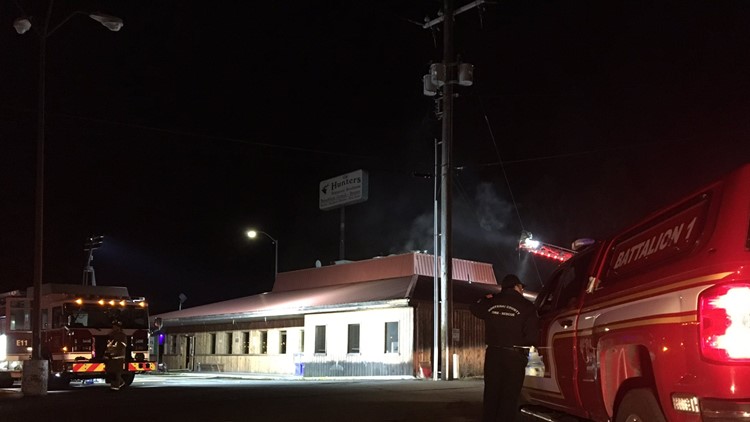 POST FALLS, Idaho — Kootenai County Fire and Rescue is one of three departments that responded to a fire at GW Hunters, a popular restaurant in Post Falls, on Monday night.

KREM's Dave Somers, who was on scene, said firefighters received reports of the fire starting at about 4:17 p.m. There was no one in the restaurant at the time, but it had been open for breakfast in the morning.

There were no injuries reported from the fire.