Some of the rocks struck buildings, while others fell on the street or struck vehicles. No one was hurt but several people ran for cover. 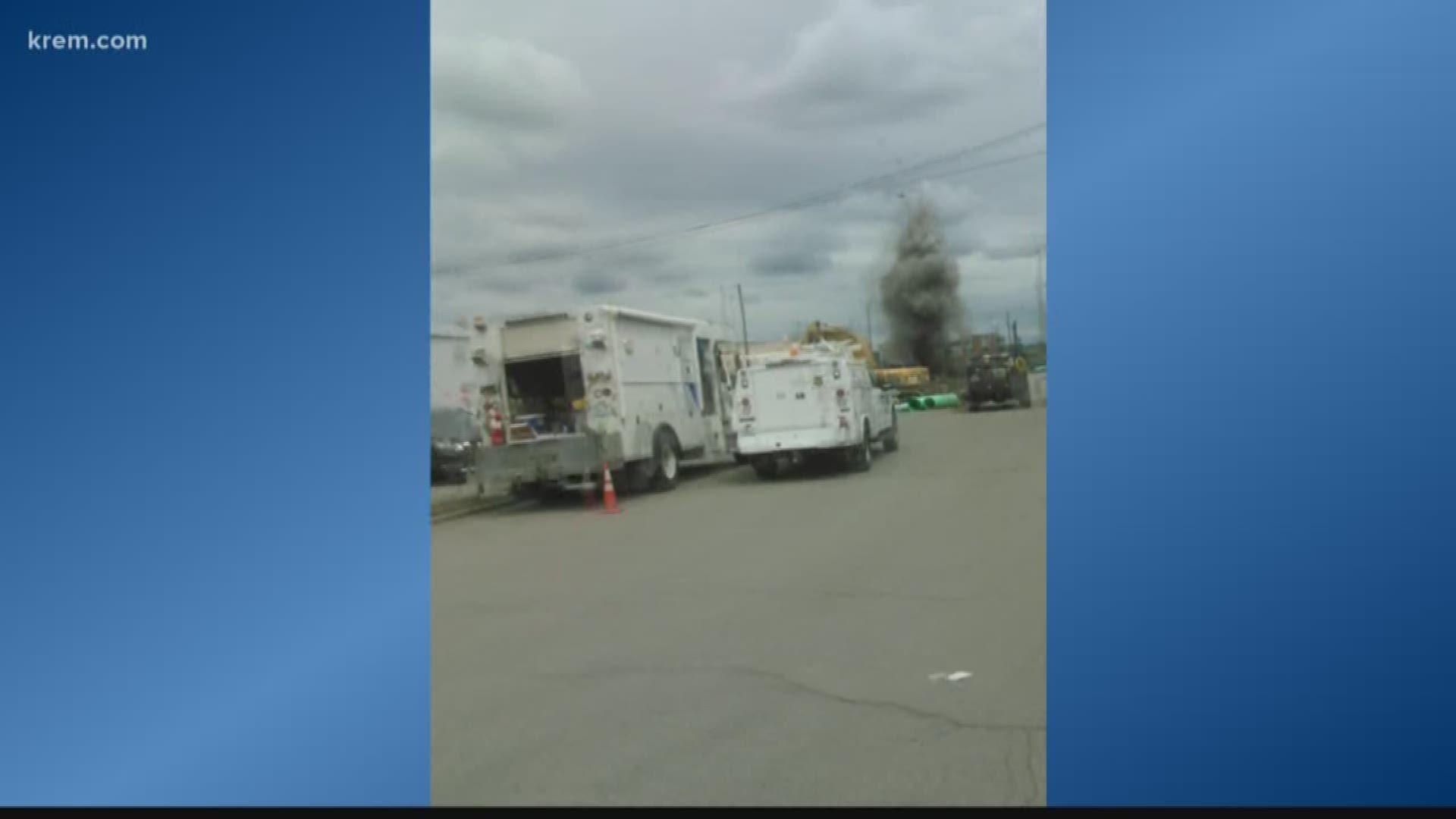 SPOKANE, Wash. — A North Idaho blasting company has lost its license in Washington after an unsafe operation in Spokane.

The Washington Department of Labor and Industries cited and fined North Idaho Drilling Inc. in St. Maries, Idaho, for several “willful and serious violations” stemming from an incident in June 2019.

A crew from the company was performing a blasting operation on North Grant Street on June 21, 2019, when the incident happened. The operation resulted in rocks being thrown as far as 450 feet from the site in all directions, L&I said.

L&I added that the blast was not planned or conducted properly.

Some of the rocks struck buildings, while others fell on the street or struck vehicles. No one was hit but several people ran for cover.

One of the blasts led to property damage to a building that houses a paint company. Tom Mertens said at the time, he filmed video just a few blocks down this street. He was joined by a couple dozen other employees and businesses in the area. The crews told them to stay that far away just as a safety precaution but they could still see the rocks tumbling down in front of them.

"The first blast was more than what they thought it was going to do especially when it raised those six pads higher than my roof," Mertens said. "Knocked the letter off my building. I'm surprised it didn't break a few windows. It knocked stuff off the walls, like my pictures I have hanging up."

L&I said it has cited the company at least two other times for similar situations, resulting in the revocation of its Washington license and the large fine.

"There’s no margin for error with explosives, and this company has repeatedly placed workers and the public at grave risk," said Anne Soiza, assistant director in charge of L&I’s Division of Occupational Safety and Health. "This disregard for safety of the public and workers simply will not be tolerated in Washington."

The citation against the company is for 11 violations, including three willful/serious and five serious violations, and repeat and willful general violations, L&I said.

L&I said the blaster in charge used more explosives than needed, which hurled rocks in all directions from the blast, and blast mats were not used properly to contain the explosion. The rocks thrown were large enough to cause serious injuries, permanent disability or death, L&I said.

Some of the rocks thrown did cause property damage.

The blaster-in-charge said that he set the blast area at 350 feet but did not ask property owners in the area for permission as required by code, L&I said. Many of their buildings were damaged.

KREM 2 found records from the Federal Mine Safety and Health Revie Commission in 2013 documenting how North Idaho Drilling did not follow safety protocol in a seperate project in Idaho. The courts fined the company $2,500.

In March 2019, the state also fined the drilling company and suspended its license to buy explosive after a 20-pound rock from a construction site crashed through the roof of an apartment and landed in a child's bedroom.

KREM 2 reached out to the company for comment Wednesday but we could not leave a message.