'He's got the grey in his muzzle': Coeur d'Alene Police K9 Pecco retires 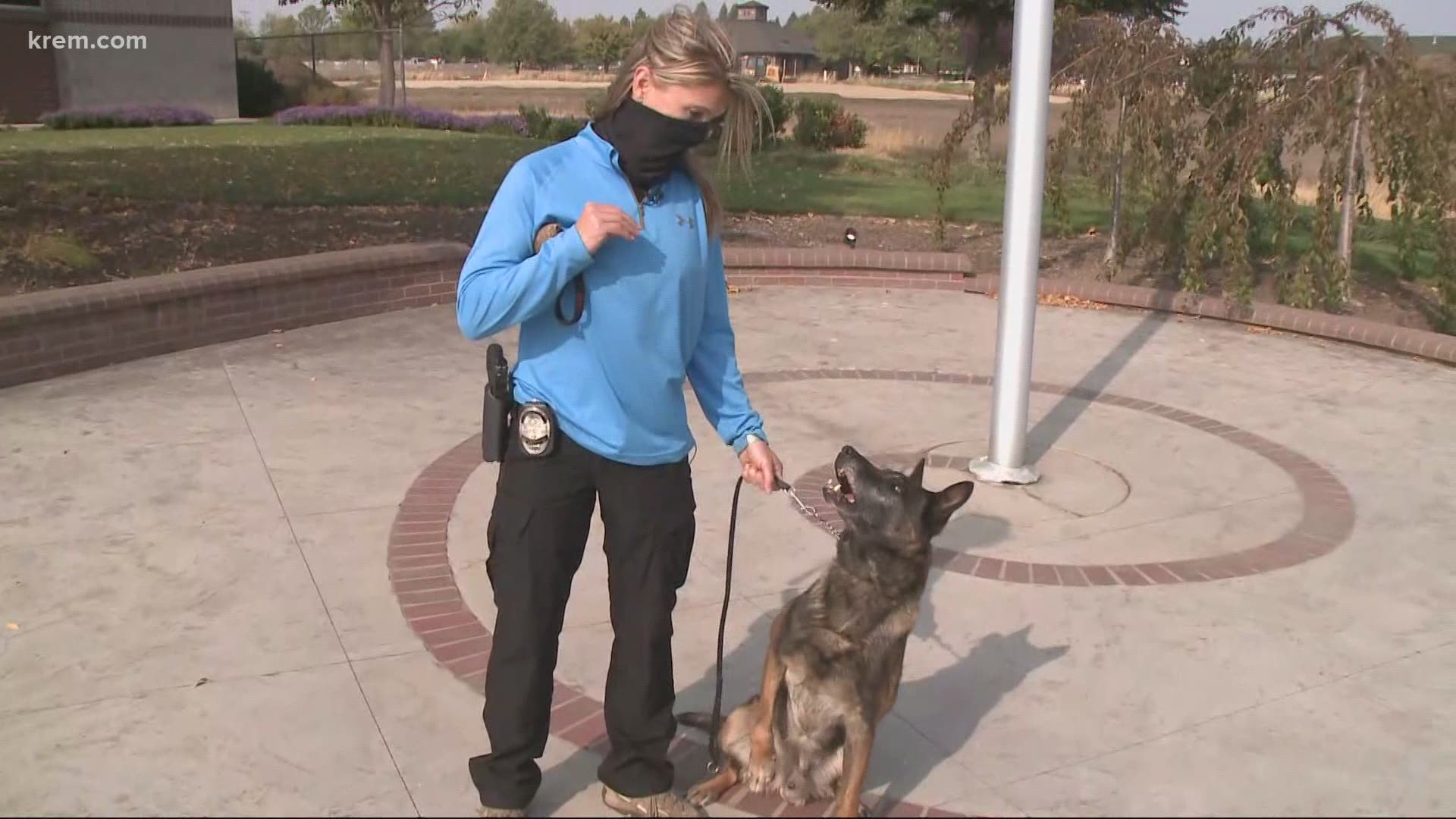 COEUR D'ALENE, Idaho — A Coeur d'Alene Police K9 is officially ready to turn in his badge and become a full-time pet.

"It's been a good partnership," said CDAPD Detective Amy Knisley of her four-legged companion. "Pecco is a challenging, high-speed drive, little dog."

Pecco first joined the department in 2014 and become the third dog ever hired by CDAPD. While Pecco was originally trained in tracking and apprehending suspects, the department later trained the K9 to detect drugs as well, making Pecco CDAPD's first dual purpose K9.

Knisley had to spend some time getting to know Pecco while training him six years ago before the duo hit the streets.

"There's a lot of energy. And it's constant, even on his days off he's wound up," said Knisley of Pecco, noting that the Belgian malinois breed are known for their vigor and drive.

Earlier this year, a veterinarian diagnosed Pecco with a cyst in his right eye which is impacting his vision. Additionally, the dog experiences discomfort in his spine due to arthritis.

"He's definitely slowing down physically," Knisley said. "He's got the grey [hair] in his muzzle."

While Pecco has been involved in numerous drug busts and suspect apprehensions during his career, Knisley said she's ready to bring him home as a pet. She also plans to take on a different role other than that of K9 handler with CDAPD.

"I am looking forward to being able to take him camping and on hikes and just being a dog that's not the responsibility of the police department," said the detective. "I've got to make sure that he gets a lot of exercise and attention. Hopefully, he settles into that role. We're not sure what to expect there."

Coeur d'Alene Police currently have one other K9 working for the department. The agency has indicated that they plan on acquiring a new police dog at some point in the future.

According to documents filed with city council, CDAPD plans to fund the purchase of a new K9 using a "sizeable" donation that was made to the department around six years ago from a local church that was liquidating its assets.