The Washington State Department of Transportation tweeted photos and videos of what it said might be Sasquatch at Snoqualmie and Sherman Passes. 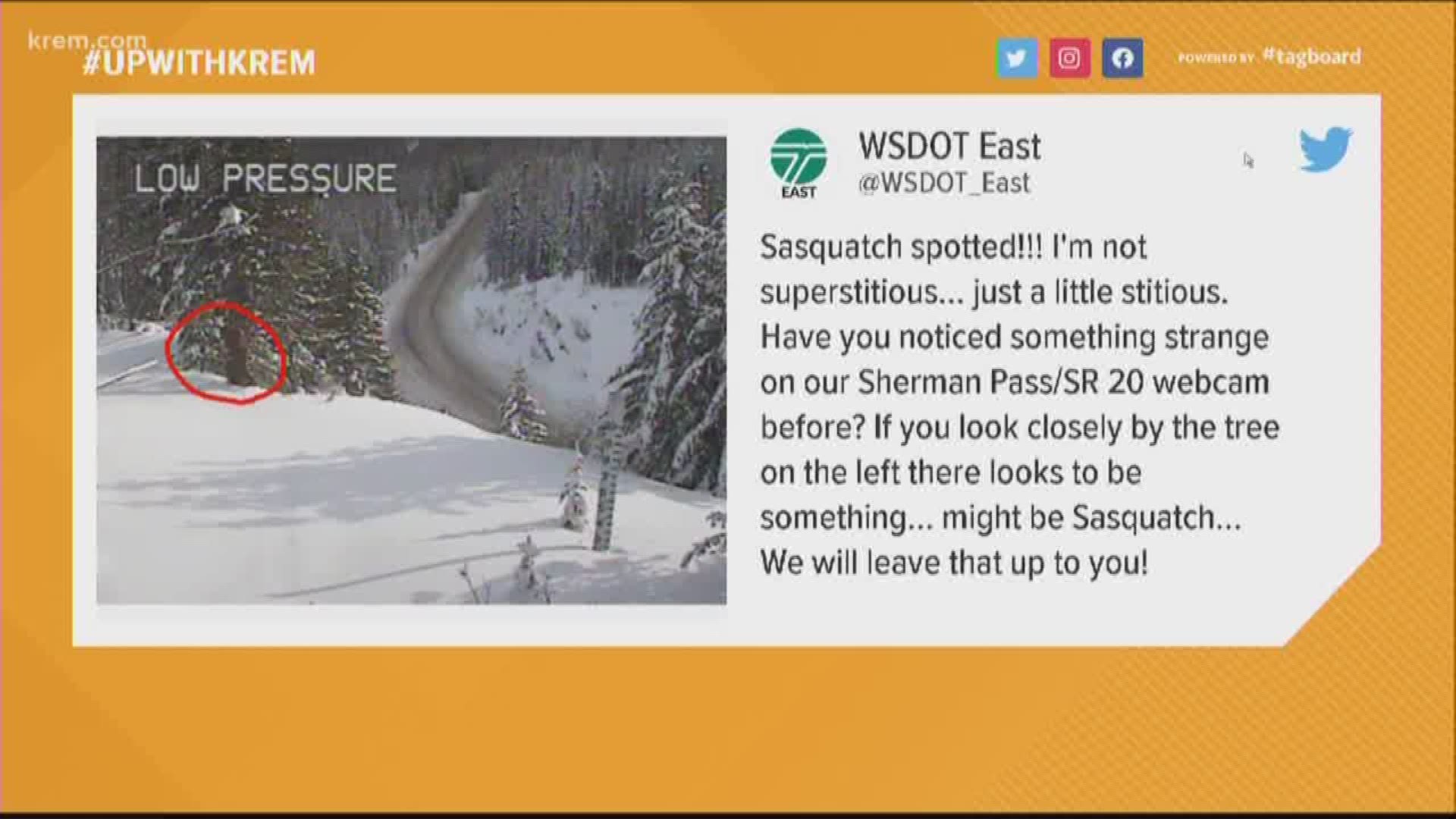 FERRY COUNTY, Wash. — Do you believe in Sasquatch? The Washington State Department of Transportation is trying to convince you that you should.

Several tweets have showed what the state DOT says is Bigfoot on or near mountain passes in Washington.

WSDOT first tweeted photos of what it said might be a Sasquatch at Sherman Pass on Wednesday.

The sighting was caught by a traffic camera pointed toward State Route 20 on Sherman Pass on Wednesday, and shows what appears to be a Sasquatch-like figure near a tree.

People played along, replying to the tweet to ask for more photos and if a search party could be formed to look for the figure spotted by the cameras.

WSDOT East tweeted on Thursday that crews were headed over Sherman Pass again — with a chance to see Bigfoot!

They made several passes and even stopped at the top of the summit near the camera to see if they could find Sasquatch with no luck.

It was a different story near Snoqualmie Pass.

The person running that Twitter account said it appears Bigfoot is making the round across mountain passes, with another sighting on Thursday on the I-90 wildlife crossing near the pass.

RELATED: At 93, Oregon man still walks the woods in search of Bigfoot