At 93, Oregon man still walks the woods in search of Bigfoot

Peter Byrne has spent much of his life looking for Sasquatch. 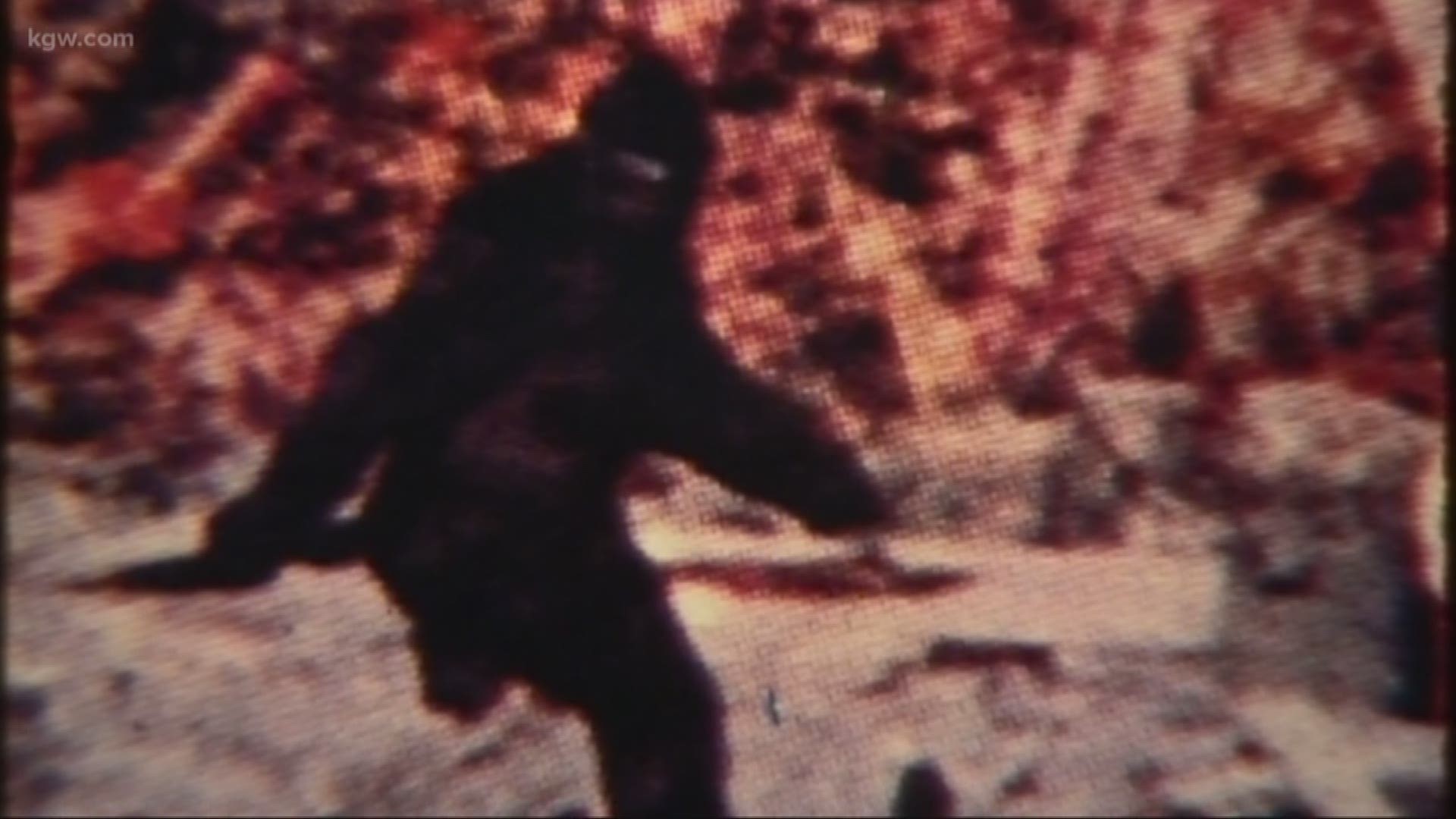 TILLAMOOK COUNTY, Ore. — A 93-year-old man who lives in Oregon’s coast range has a pastime most of us wouldn't expect. He may be in his 90s, but that's not stopping his hunt for Bigfoot.

Peter Byrne has spent much of his life searching for Sasquatch.

In fact, back in the 1970s Byrne ran The Bigfoot Information Center headquartered in The Dalles. We decided to track him down after seeing his name in recently released FBI documents that show that at least for a little while, the Bureau was actually looking into Bigfoot thanks to Byrne, who sent the agency a hair sample he thought was suspicious.

In 1971, KGW interviewed people in Skamania County who said they had experiences with Bigfoot or heard about someone who did.

"Suddenly turn around and I'm face to face with him," said one woman who spoke with former KGW News reporter Jon Tuttle.

She said the creature she saw had wide shoulders, no neck, and stood 12 feet tall. The woman, referred to as Mrs. Baxter, also said its hair was dark brown, had "terrible glowing eyes" with a receded forehead, big teeth and long hair. Tuttle reported that her story was similar to dozens of others told every year in the area.

"It seems to me that there's a preponderance of evidence, and I'm, let’s say 95-98%, that there is such an animal," another man said.

Call it lore, call it legend, stories say the infamous Sasquatch supposedly lives in the woods of the Pacific Northwest.

Byrne said there was a credible sighting in the 70s.

"We got there quickly and we searched for hair and we found hair snagged on some thorn bushes," he said.

At the time, Byrne was the founder of The Bigfoot Information Center headquartered in The Dalles.

He sent the samples into the FBI for testing in 1976. The agency decided to take on the task of determining the origin of the hair.

For more than 40 years, Byrne waited for a response from the FBI. Although documents indicate the agency tried to get back to him, word never reached Byrne.

That is until last month when the bureau publicly released documents related to Bigfoot. In those pages were their findings regarding the hair samples Byrne had sent in.

"They say the hair is deer hair," Byrne said.

Credit: Christine Pitawanich, KGW
Peter Byrne has spent much of his life searching for Sasquatch.

So it wasn't Bigfoot or anything unidentified.

But for Byrne that doesn't matter. It never really did.

"I find that people who doubt or are skeptical are people who know nothing about it. They haven't done any studies or anything like that. There's a wealth of literature going back to 1795," Byrne said.

He said he has interviewed far too many people with credible stories to tell.

That’s why at 93 years old, he still walks the woods in Oregon's Coast Range.

"We keep our voices down. We speak in whispers," Byrne said.

See the webpage about Peter Byrne on The Bigfoot Portal website

He and a few friends have set up motion-sensor cameras in the mountains. The hope with the cameras is of course that they catch a glimpse of the elusive Sasquatch.

We asked if he had caught anything on camera. Byrne said all he's seen are deer and other animals. But to him, that's not discouraging. When asked why he thought after all these years Bigfoot hasn't been caught on camera, he said people panic and can't reach their phones or cameras fast enough. One moment the creature may be there, and the next it's gone.

He said just last year, there was a sighting in the coast range involving seven loggers.

"They were working and they saw what they thought was a man coming down the road toward them. They stopped work. They said it was a Sasquatch," he said.

Byrne also referenced a video taken in 1967. It seems to show a hairy, human-like creature walking in the woods. It hasn't been officially debunked and continues to mystify many.

VIDEO: The Film That Made Bigfoot A Star

"We have found five sets of footprints over the years," Byrne said.

Whether they're actually signs of Sasquatch is anyone's guess.

What's clear is that Byrne's search for Sasquatch is still on.

"I believe in it. I think there's something there," he said.

These days at 93 years old, the search for Bigfoot has become more of a hobby for Byrne.

He said he's never personally seen Bigfoot, but has heard strange noises in the woods and fielded many reports.

"I've interviewed far too many people, you know state policemen, engineers, loggers, people who will look you straight in the eye and give you a straight story," he said.

Read more about Bryne and his searches at his website

Before Byrne’s search for Sasquatch, he hunted for Yeti in the Himalaya Mountains of Nepal. His expeditions were funded by wealthy investors.

"I got into it in 1960. I was in the Himalaya for three years to look for the Yeti, the Abominable Snowman we used to call them. I was there for three years, sponsored by some Texans," Byrne said.

Credit: Courtesy Peter Byrne
Peter Byrne in the Himalaya during the searches for the Yeti in 1957.

When he was initially asked to look into Bigfoot in the United States, he scoffed.

"I hate to say it, we laughed. To us, the U.S. was skyscrapers and freeways," he said.

It wasn't until he saw how much forest the U.S. had, that he agreed to the endeavor.

He also did wildlife conservation in Nepal for about 10 years before coming to the United States.

Byrne has written multiple books on Bigfoot and other aspects of his life.

He has also been in trouble with the law. When he was 88 years old, according to the United States Department of Justice, Byrne was sentenced for financial fraud. Investigators say in 2013 he stole more than $78,000 from the Social Security Administration, Oregon Department of Human Services, and Medicaid.