Controversy has surrounded a video wherein the Catholic Charities of Eastern Washington CEO called the Church and his organization "racist." 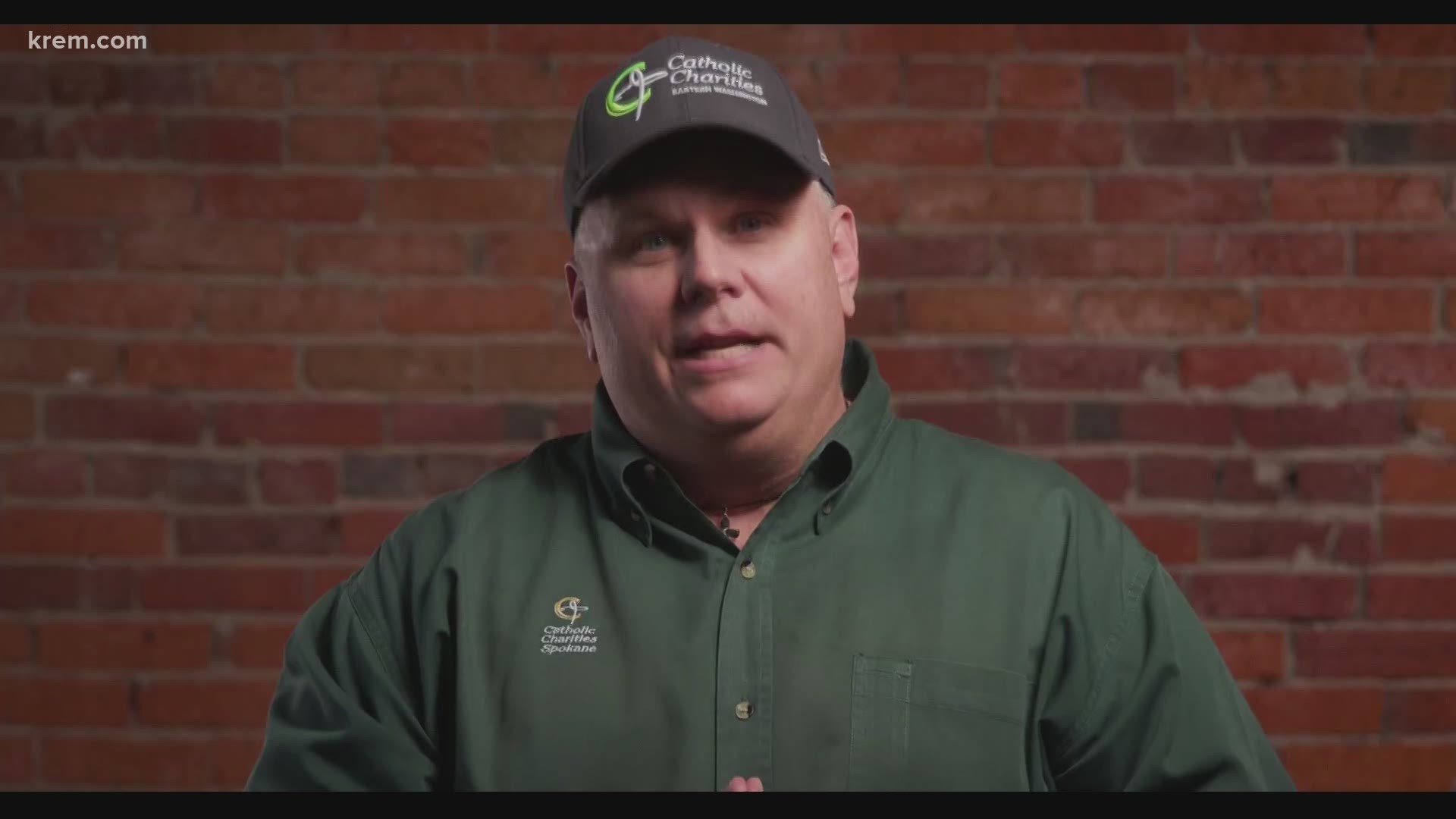 SPOKANE, Wash. — The Catholic Bishop of Spokane is addressing concerns over a controversial video wherein the CEO of Catholic Charities calls his organization and the Church "racist."

Most Rev. Thomas Daly, who serves as the bishop, expressed in a statement released on Sunday that the Black Lives Matter movement is "in conflict with Church teaching," adding that it is disturbing that activists have not condemned recent violence.

Rob McCann, CEO and president of Catholic Charities of Eastern Washington, delivered a message about racism and protests throughout the United States in a video posted on June 19, 2020.

McCann then addresses his time spent listening to the voices of marginalized people following the death of George Floyd, an action that he says changed him in a way that is "likely long overdue." Floyd, a Black man, was killed during a struggle with a Minneapolis police officer in May.

“I am a racist. That’s the hard truth. I am a racist. How could I not be?" McCann says in the video. "As a white person living in America where every institution is geared to advantage people who look like me, it’s seemingly impossible for me to be anything other than a racist."

In addressing racism, McCann said he plants to treat it like every other sin by asking for forgiveness and working to eliminate it from his life.

“For me, as a white person, saying I’m not racist is like saying a fish is not wet," he added.

McCann then goes on to say that the Catholic Church, and the nonprofit he works for, contribute to the problem of racism in America.

“My Catholic church and my Catholic Charities organization is racist. How could they not be?" he said. "Our Catholic faith tradition was built on the premise that a baby born in a manger in the Middle East was a white baby. So how can we surprised to know that we are a church that must fight against racism, even now?”

Most of the staff, leadership team and board at Catholic Charities are white, though the organization disproportionately serves people of color, McCann said.

Bishop Daly also addressed McCann's video in a statement released on Sunday, July 5. He said that McCann's "blunt presentation" was interpreted by many people as "levying false accusations against 'whites' at the Catholic Church."

"Many faithful Catholics, whose lives evidence a daily commitment to compassion and justice, expressed their disappointment and frustration with Dr. McCann’s message," Daly wrote.

Bishop Daly said he met with McCann to address his concerns over a number of statements in the video, a conversation that he called "candid and frank." McCann later posted a letter to the Catholic Charities website with some retractions and clarifications

In the same statement, Daly says McCann's support of the Black Lives Matter movement puzzles him because it is "in conflict with Church teaching regarding marriage, family and the sanctity of life."

"Moreover, it is disturbing that BLM has not vocally condemned the recent violence that has torn apart so many cities. Its silence has not gone unheard. One need not stand with BLM to stand for Black lives," Daly said.

Thousands of people have attended demonstrations against racism and police brutality since Floyd's death in May.

"In places such as New York City, more Black babies are aborted each day than are born. As Catholics, we believe in the sanctity of life from conception to natural death," Daly wrote.

RELATED: 'Lift Every Voice and Sing': The history of the Black national anthem

In his letter, McCann said that his message had "unfortunate impacts" on some members of the Catholic family.

McCann clarified that he was not speaking on behalf of the Catholic Church or Bishop Daly, adding that he was "wrong for not making that explicitly clear from the beginning."

I wanted the video to put race front and center in the minds of Catholic Charities’ team members.  By reflecting on my own role in systemic racism, I wanted to encourage our team members to do the same," McCann wrote. "And by acknowledging that both Catholic Charities and the broader Church could have been better allies in the anti-racist movement, I wanted to challenge our team members to recognize that even the most ardent forces for good in our world can, and must, do better."

In the video, McCann says he pointed to the Catholic church's failing "without referencing its virtues," adding that he was "deeply saddened" that someone perceived his statements as an attack on church history.

The clarifications offered by McCann refer to his statements that he, the church and Catholic Charities are racist.

"What I intended to convey is that I realize that due to my upbringing and my membership in the majority race in this country, I certainly have areas of both known and unknown bias in my heart that I need to work on, and that in my lifetime I have struggled with those biases in ways that are so subtle I may not have fully realized them," McCann wrote.

"As an individual with white privilege, I certainly have had moments where I could and should have done more to be actively anti-racist.  I am not saying that all white people are racists or that all Catholics are racist.  I am acknowledging that I need to deeply evaluate my own sin in this area every single day and that I hope others will do the same," he continued.

In his statements about the Church and Catholic Charities, McCann said he intended to convey that his experiences in his faith life and inside human organizations lead him "to know that there are areas of both known and unknown bias, as well as areas of historical missteps that should be acknowledged in order to be a positive force for change."

"In my video message I spoke only of harms done by some Catholic groups and individuals, those who enslaved people and those who damaged cultures and abused people in some Indian schools," McCann wrote.  I never intended my blanket statements to deny any of the good work that has been done by Catholics in the U.S. and abroad, from missionaries to Civil Rights leaders. This was not a balanced approach and I was wrong to omit here.  This was a missed opportunity."

The description of the Catholic faith being built on the premise that Jesus was a "white baby" has also "caused some pain," McCann said, adding that he misspoke and "was wrong to say it that way."

"Jesus, and the entire Holy Family, are consistently, artistically, beautifully represented as members of every race and culture around the globe where there are Catholic churches," McCann wrote. "Catholic Charities will work to acquire and install a more inclusive diversity of depictions of all God’s people in our buildings."

RELATED: 'There is a lot to unpack here': Spokane witness shares first-hand account of protests 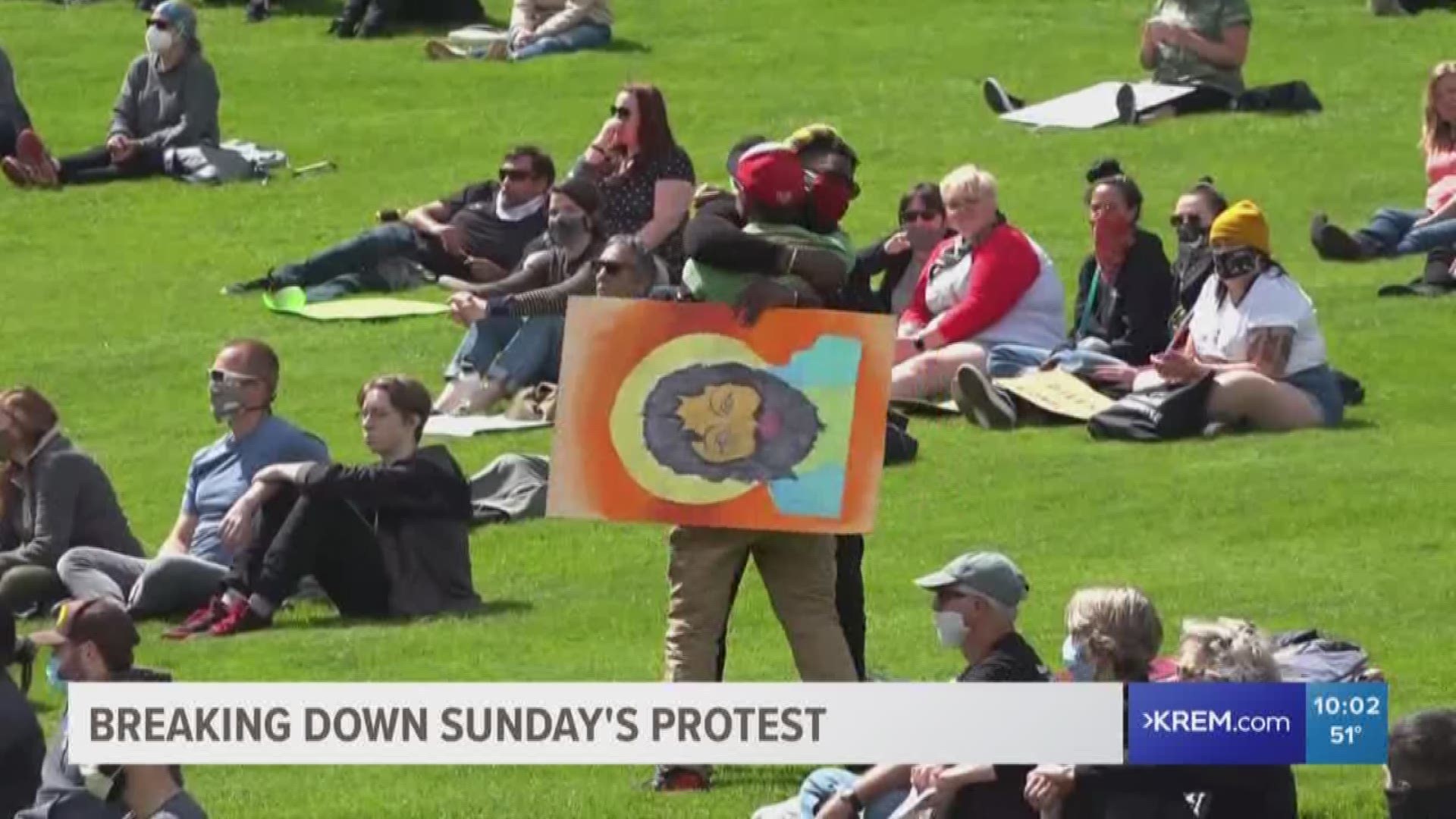