The mural honoring George Floyd was painted on the back of Shacktown Community Cycle last week by well-known artist Daniel Lopez. 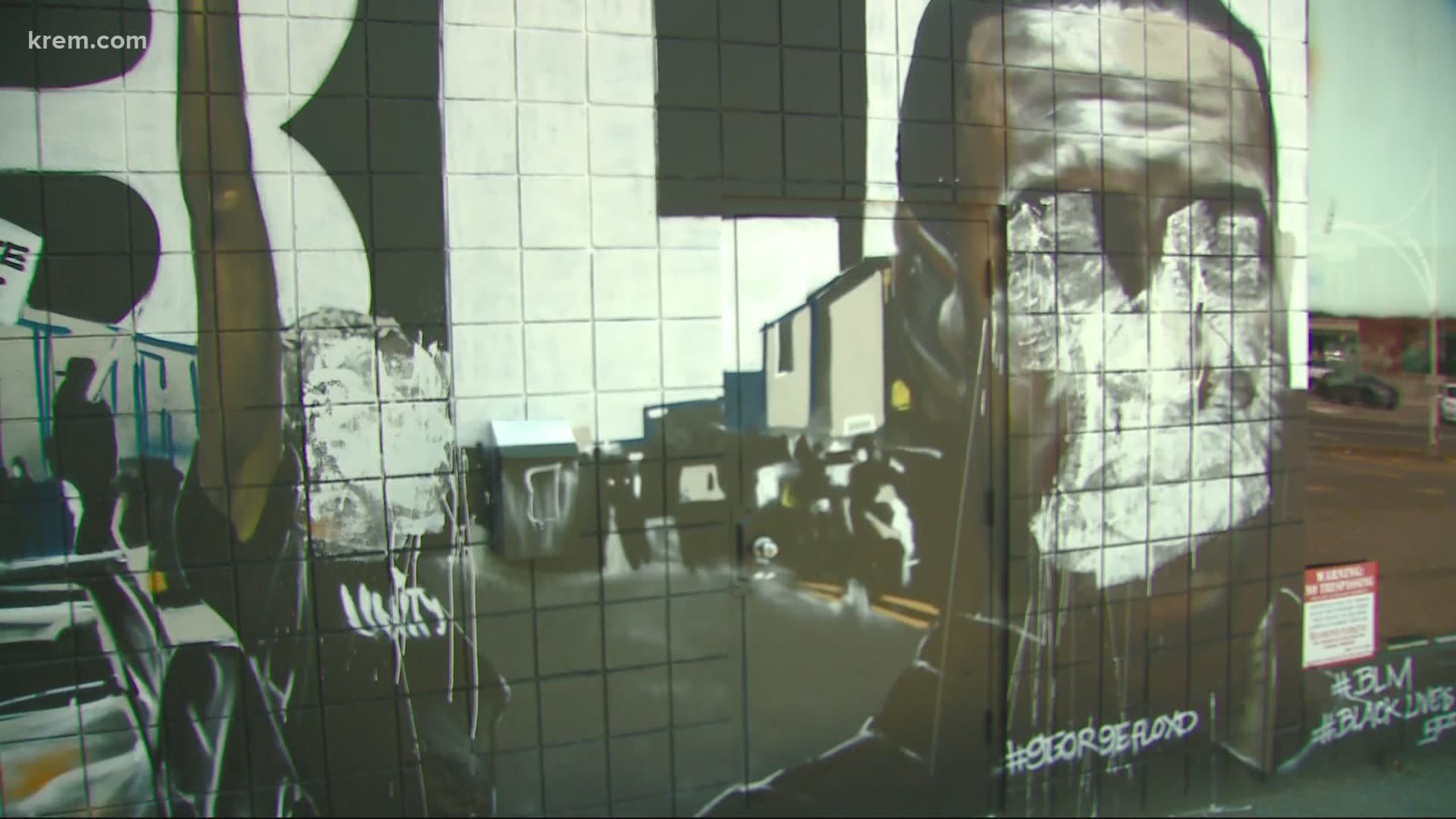 SPOKANE, Wash. — A downtown Spokane mural honoring George Floyd, a Black man who was killed during a struggle with a Minneapolis police officer in May, has been defaced.

The mural features the phrase, "No justice, no peace," a popular refrain chanted by protesters following Floyd's death. It also has the letters BLM in the background, which stand for Black Lives Matter.

KREM photojournalist Jeff Bollinger shared photos of the vandalism, which shows white paint over the face of Floyd and a Black protester depicted in the mural.

The mural was painted on the back of Shacktown Community Cycle last week by well-known artist Daniel Lopez, who is known for painting murals in alleys throughout the Spokane area.

More notably, Lopez is the artist behind the "American Jesus" mural near downtown Spokane. He designed the picture of Jesus Christ with a pixelated face in early 2018, and was then commissioned to paint one of his sketches on the side of the Spokane Dream Center near 2nd Avenue and Division Street.

Thousands of people protested the death of George Floyd in downtown Spokane on May 31, with many cars driving along the route and honking in support.

The demonstration began peacefully but later turned into a clash between protesters and police, with looting, vandalism and tear gas.

RELATED: Pictures and videos: The George Floyd protest in Spokane

Thousands in Spokane protest the death of George Floyd

1 / 5
KREM
Thousands showed up to protest the death of George Floyd who was killed by a police officer in Minneapolis.

More recently, protesters gathered outside of Spokane City Hall to hold a demonstration for Floyd that lasted eight minutes and 46 seconds. Officer Derek Chauvin knelt on Floyd's neck for about eight minutes.