Almost a week after the Coeur d'Alene police chief mentioned Washington residents being a part of the uptick crime, a downtown bar is cracking down. 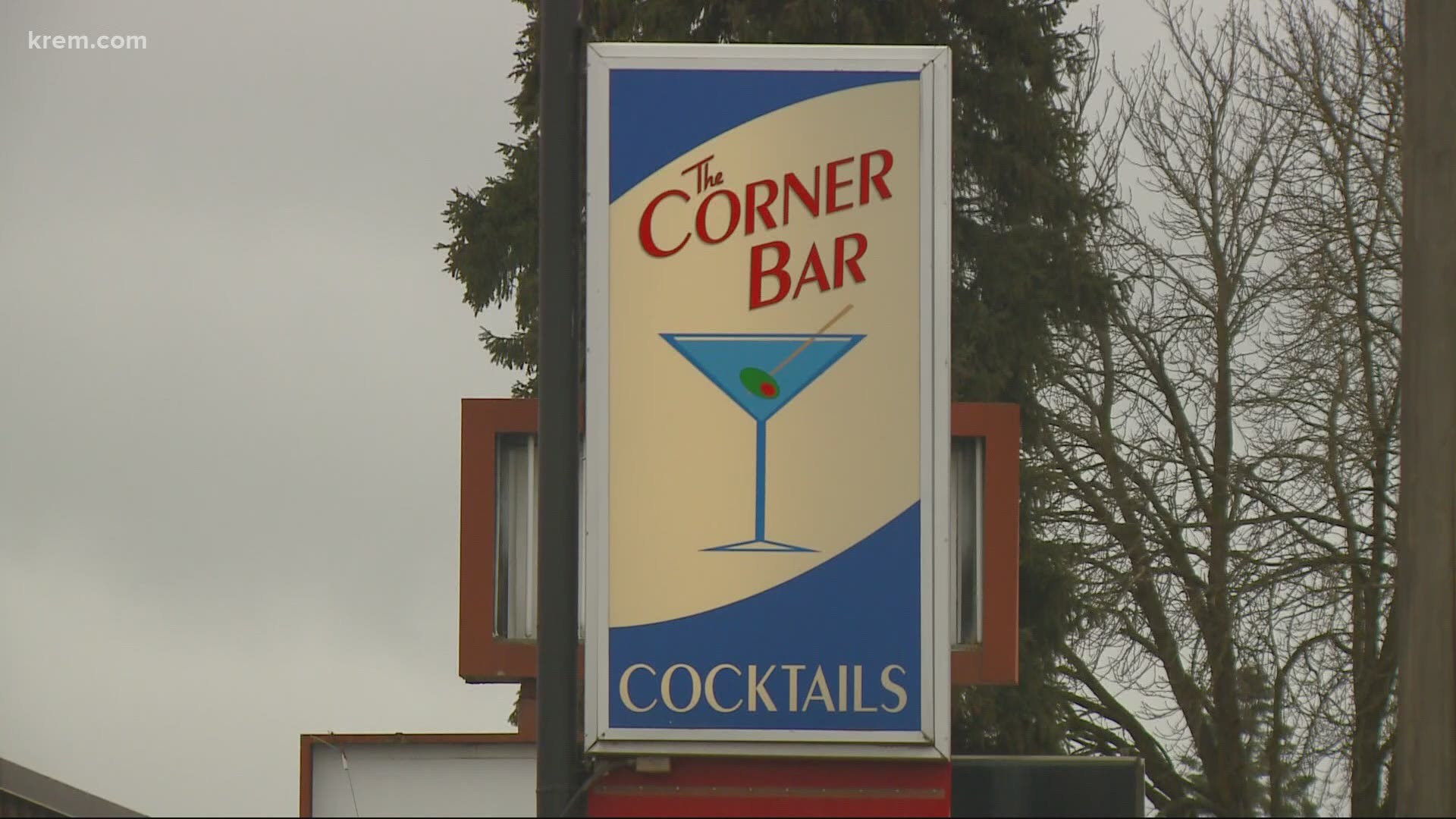 COEUR D'ALENE, Idaho — Nearly a week after the Coeur d’Alene Police Chief mentioned Spokane residents causing problems in the Downtown area to city council, a bar said in a Facebook post they would not be serving people from Washington.

“Hello Everyone and Happy Sunday! For the past few weeks Linda, Keith myself and Diane have discussed not (accepting) Washington licenses due to the inconsiderate and rudeness of people that have been through our establishment and our fellow neighbors downtown. In order to help and prevent any more crap and chaos we will not be (accepting) any Washington licenses until further notice. That is as of today Sunday February 21st. Thanks for your time and remember when you’re at everybody’s establishment keep an eye out and help people out when someone is being a dumb a**.”

KREM 2 made several attempts to speak with the owners of the bar on Monday. So far, we have not heard back.

The Corner Bar has since deleted its Facebook page. In response, some bars are posting about how everyone is welcome. The Drinkery in Spokane said it will “serve customers (21 and over) from all over… Washington, Oregon, Florida and EVEN Idaho.”

“The City of Coeur d Alene welcomes and loves our visitors from Washington. We do have laws for all citizens and the CDA Police department will be diligent in enforcing these laws. As long as businesses follow City laws and ordinances, they are free to conduct business in the manner that they choose,” Widmeyer said.

The post comes after Coeur d’Alene Police Chief Lee White told the Coeur d’Alene Press that there’s been a recent surge in alcohol-related incidents in the downtown area. White said the increase is putting a strain on the department’s resources.

During the city council meeting on Feb. 16, White said they’ve seen an influx of Spokane gang members coming over to the area. He said in sampling of 100 reports taken in 2020, half of the offenders were from Idaho, mostly in Kootenai County. Another 43 were from the Spokane area, White said.

White also referenced some bars not having these issues because if they find out a group is from Spokane, they encourage them to leave.

“There are some bars that are, I don’t know how to put this. We don’t have the same problem with all the bars because there are some bars that if they find out a crowd is from Spokane, they will strongly encourage them to leave and go elsewhere,” White said. “I’m not saying if that’s right or wrong. I’m just saying we don’t have the same sorts of problems that we do with some of the other ones.”

KREM 2 reached out the Coeur d’Alene Police Department to see if The Corner Bar has also seen an increase in police calls. Mario Rios, a spokesperson for the police department, said, “I am unaware of any increased calls to this establishment specifically.”

KREM 2 also asked if this could be considered discrimination.

“If any establishment set limitations on guests without using race, color, religion, ancestry, national origin, sex/gender, or sexual preference as the reason to keep them out, then they can do that,” Rios said.