Inmates in both county and state-run corrections centers in Spokane County have raise concerns about PPE usage, but officials say they're taking the necessary steps. 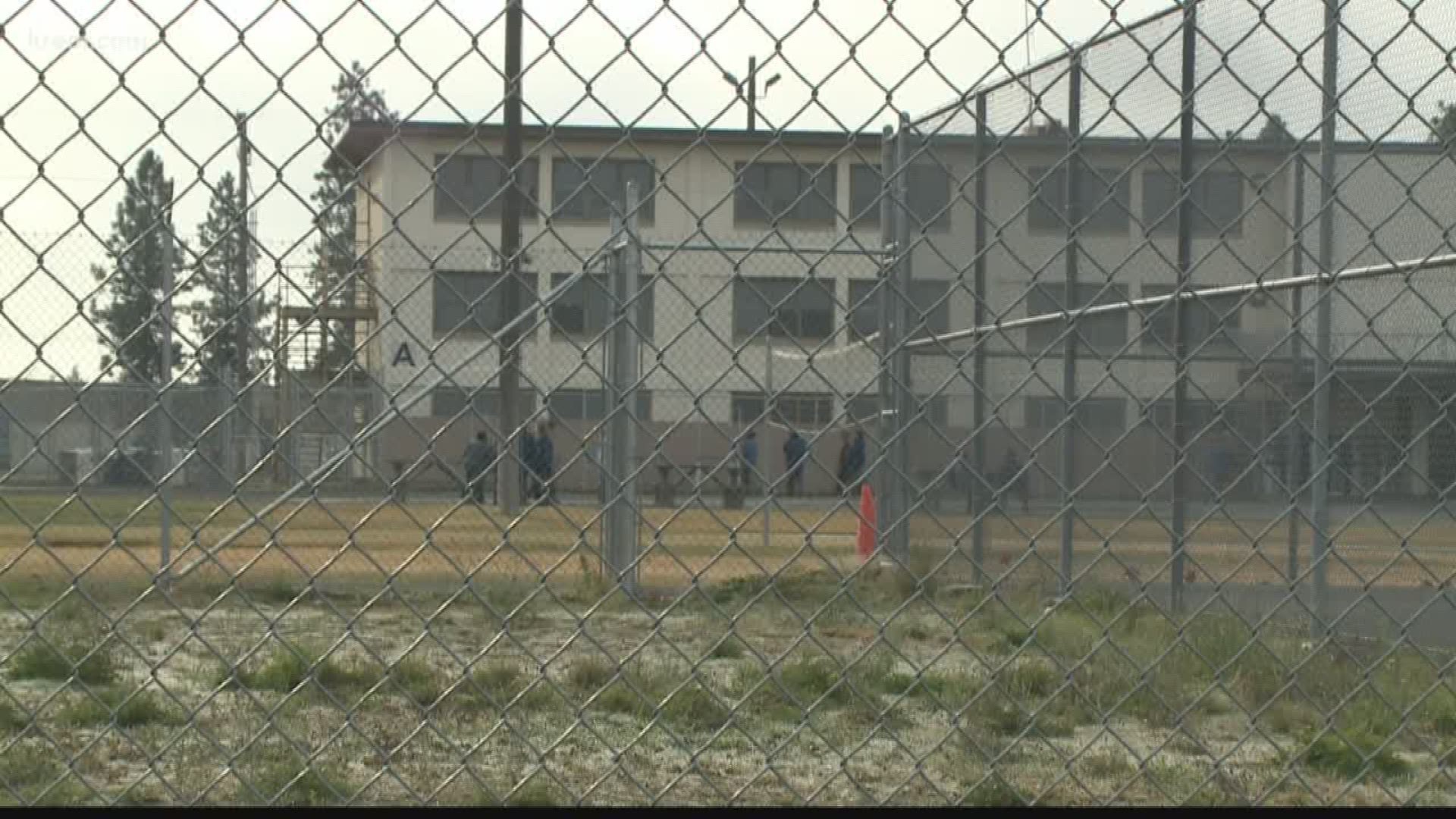 SPOKANE COUNTY, Wash. — While many people in Washington are staying home and making efforts to socially distance by staying at least six feet from other people, correctional officers, guards and inmates often still have to be in close contact with each other.

Jails and correctional facilities across the state say they have taken steps to reduce populations and increase available space, such as the Washington Department of Corrections’ move to release hundreds of mostly non-violent offenders close to the end of the sentence. But others still serving time or just entering jails and prisons can’t always avoid close contact with others.

Inmates at both Geiger Correctional and the Airway Heights Correctional Center have raised concerns that steps taken to protect their populations aren’t sufficient and are putting them at higher risk. Several jails and correctional facilities across the country have experienced widespread outbreaks, including hundreds of cases in Chicago’s Cook County Jail.

In letters sent to KREM, inmates from both facilities claim that staff are not wearing personal protection equipment (PPE) at all times when interacting with inmates. Spokane County has confirmed that guards are only required to use PPE when interacting with symptomatic inmates, while the DOC denied this claim.

Spokane County spokesman Jared Webley said that, while strict sanitation and health protocols have been in place for months and staff have been provided with some personal protective equipment (PPE), there are times where social distancing cannot take place in jail.

“Where possible, guards, correctional officers and inmates are allowed to keep distance. But again, in a confinement scenario like that, it’s not always possible and we’re focusing our efforts on other policies, like intake, to prevent the spread of COVID,” Webley said.

“None of the concerns are ignored,” Webley said. “We are conserving our limited supply of PPE based on recommendations from the [Spokane Regional] Health District.

KREM has reached out to the Spokane Regional Health District, but hasn’t heard back.

Webley said the county started taking measures to lower inmate populations starting in February and March, and that inmates have been told to practice social distancing during recreational periods.

Some examples Webley gave of times it wasn’t possible for social distancing to take place included inmate housing and transportation.

Spokane County’s focus on stopping any possible cases of coronavirus from spreading in local jails includes a mandatory 14 day isolation for any new inmates, temperature checks and the testing of any inmate who shows symptoms of the virus, according to Webley.

“We have very rigorous screening and testing measures for anybody coming into the jail, and that is really where a lot of the emphasis has been placed, in addition to sanitation and other protocols that have been put into place,” Webley said. “But a key to keeping it out of our jails is that intake process.”

Due to these efforts, Webley added that the county hasn’t had any cases of coronavirus among inmate populations, and also hasn’t seen an inmate show symptoms after initial screenings.

As for PPE such as masks, Webley said that guards are provided PPE, but only have to wear it when interacting with a symptomatic inmate or during inmate intake, even if they are within six feet of another person who isn’t symptomatic.

“The Corrections Officers are using PPE when there is a suspected case of COVID. It is not mandatory the rest of the time. This has been a decision made in conjunction with the Health District,” Webley said in an email to KREM and confirmed during a phone call.

The same inmate also claimed that inmates are not allowed to use PPE, which when combined with the claim that guards weren’t regularly using this equipment, caused concerns among inmates of potential exposure.

“We as inmates don’t have the luxury to protect ourselves,” the letter reads. The inmate later goes on to say, “We are concerned for our safety as well as our loved ones.”

Webley clarified that symptomatic inmates are given PPE while those without symptoms are not.

As for protecting guards and other staff, Webley said employees at county jails are given daily temperature checks at the start of their shift.

The inmate claims say that when concerns were raised to staff, they were ignored. Webley denied these claims, saying that concerns aren’t ignored and that staff are following guidelines set forth by the Spokane Regional Health District.

An inmate at Airway Heights Correctional Center had many of the same concerns as the inmate from Geiger, saying in a letter to KREM that staff at the facility “continue to enter and exit the prison without being required to wear any breathing protection,” before going on to clarify they mean masks or respirators.

The inmate also claimed that several formal complaints have been ignored by DOC staff.

“I am concerned about the health and safety of my friends and family in this area and believe that the usual channels available are no longer a viable option for the immediate remedies necessary to address these tenable concerns,” the inmate wrote.

The DOC responded to the claims made by the Airway Heights inmate in a statement to KREM on Tuesday, saying that it wasn’t aware of any staff at the facility failing to wear proper PPE and staffing hasn’t been increased.

“The safety of our employees, incarcerated individuals, residents and supervised population continues to be our top priority.  In an April 10, 2020 memo to all staff, any person entering a Department of Corrections location to include Prisons, Work Releases, Headquarters, Field offices, Correctional Industries and Satellite offices will be required to wear a face covering, this includes correctional officers.  Management staff meet with tier representatives at least weekly to hear concerns and clarify existing directions.  During recent exchanges they have not been hearing of these complaints as indicated by the individual that contacted you.    There are staff that as they go about their normal duties of monitoring the facility are assigned to engage with employees and strongly encourages the wearing of protective face coverings by both staff and the incarcerated individuals.