Recreational marijuana in Washington state: Are we better off?

Washington voters decided to legalize recreational marijuana in 2012. But has this decision paid off so far? 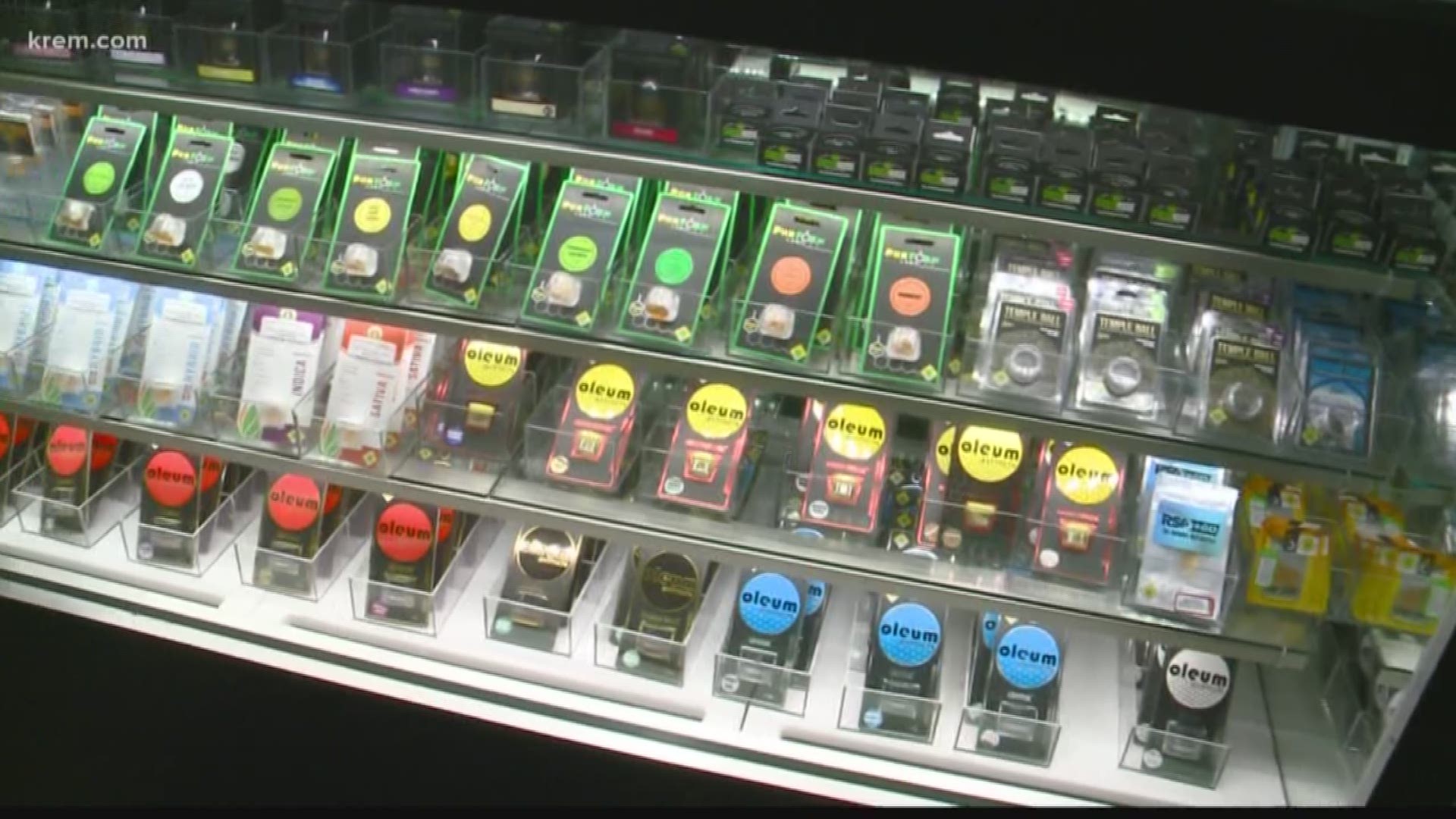 SPOKANE COUNTY, Wash. — Nearly eight years ago, the state of Washington legalized marijuana for recreational use.

Since Initiative 502 passed in 2012, weed has become more easily accessible, with stores opening across the state.

But, is the state better off since legalizing marijuana?

To determine this, we looked at three aspects: tax revenue, criminal justice impacts, and public health.

The marijuana industry is booming in Washington, as evidenced by the number of marijuana shops opening in cities across the state.

Just across from the Lovely Buds store on North Division Street and West Sinto Avenue lies Apex Cannabis, one of three stores owned by Stacey Peterson and her husband.

She said she employs a little less than 50 people between her three stores. Some groups estimate that the cannabis industry employs more than 47,000 people statewide, though not all of those jobs are in stores.

“There’s also all the farmers and all the agriculture, all the attorneys and business people,” Peterson said.

Increased tax revenue for the state was one of the major aspects that proponents of legalizing weed pushed in their efforts to get I-502 passed.

But how much tax revenue has this new industry created?

According to state tax data, recreational marijuana generated almost $400 million last year, which rises much higher than projections made in 2012.

People regularly suggest that weed revenues can be used to solve a wide range of the state’s financial issues, from school budget deficits to infrastructure projects.

But weed is far from a cure-all for the state’s financial woes. Marijuana-based revenues account for about 1.5 percent of all of the money the state collects each year, making it a drop in the bucket.

The money that does come in from marijuana is split in the following ways (percentages are rounded to the nearest tenth):

Another one of the main concerns raised during the campaign to legalize recreational marijuana was that increased drug use could lead to higher crime rates.

The problem with looking at crime statistics is that it’s hard to determine, as data that specific doesn’t really exist.

Researchers at Washington State University have tried to isolate data to determine if there is a link between marijuana legalization and crime rates.

The study they produced, which is likely the most detailed on the topic, found that weed doesn’t appear to have an effect on crime

RELATED: More Washington drivers are testing positive for THC after deadly crashes, according to AAA

But when it comes to the criminal justice system, crime rates aren’t the only factor to consider. Proponents of legalizing marijuana argue it could help criminal justice reform by reducing incarceration rates.

“The United States has roughly five percent of the world’s population and we have roughly 25 percent of the world’s incarcerated population,” said Mark Cooke of the ACLU of Washington. “And it’s not because people in the U.S. are more deviant than people other places of the world, it’s because our social and political institutions have decided to invest in punishing people versus prevention and rehabilitation.”

Cooke said that marijuana-related arrests disproportionately affected people of color in Washington, like they do across the country, before legalization.

And, as Cooke said, it can be hard for someone to get back on track once they’re in the system.

While many people hoped legalization would keep more people out of jail, Spokane County Sheriff Ozzie Knezovich said this hasn’t been the case, at least in Spokane County.

“It was always going to be the bigger crime was the reason we found the misdemeanor marijuana in your pocket,” he said.

“It’s not the case that legalizing marijuana is going to end the mass incarceration problem, but it did take away part of sort of the pipeline into the criminal justice system,” Cooke said. “So, by not arresting as many people and giving them criminal records, it’s certainly contributed to pushing back against mass incarceration.”

The data actually supports both of them, as incarceration rates seem to have no clear relationship to the legalization of marijuana. But Cooke contends it has had other impacts.

“There’s been large reduction in car searches by police officers, and that is because of marijuana no longer being criminal for adults in Washington state. So, I think there have been real impacts on law enforcement,” Cooke said.

Another promise made by marijuana advocates was that legalizing weed would free up law enforcement resources to focus on other, more serious crimes.

But this promise hasn’t set well with Knezovich, who said it was a lie.

“It was a lie told to the citizens so they could get marijuana passed. We weren’t focused on marijuana to the degree that it freed up any assets for me,” Knezovich said.

Only one thing has changed for police since legalization, he said, and that’s an increase in driving under the influence arrests.

“DUI is off the charts when it comes to marijuana now,” he said.

The final aspect we looked at to determine if Washington is better off with legal marijuana was its effect on public health metrics.

But the data suggests that driving while under the influence of marijuana might be the most harmful side effect of legalization.

It’s worth nothing that THC is detected through blood tests, and can stay in a person’s system for days or weeks after consumption, so the numbers may not accurately reflect how many crashes are caused by people under the influence of marijuana. Some of those testing positive could have been sober at the time and used marijuana at some point before the crash, the THC just hadn’t been completely processed yet.

Another concern people had about legalizing weed was youth consumption rates rising.

Knezovich said this has also been another negative aspect of recreational marijuana, as he’s seen kids start using marijuana products at younger ages.

“We started seeing marijuana show up in the junior highs and now we’re even seeing it in sixth grade,” Knezovich said. “So, message sent: well, it must be safe. You adults legalized it, so kids are trying it more, and it’s more readily available to them.”

When it comes to the data, it only partially supports the sheriff’s claims. Young people are certainly more accepting of weed than they used to be, but that hasn’t translated to usage.

One part of the initiative that legalized recreational marijuana was the creation of a survey to monitor consumption levels among different age groups.

Across all grade levels, marijuana usage rates have stayed almost exactly the same in Washington, and Spokane County’s data is almost identical to the statewide numbers.

But during the same time period, usage among adults has nearly doubled.

It’s important to note that the survey relies on people being honest, as it is self-reported.

Are we better off?

When it comes to determining whether Washington is better off after legalizing recreational marijuana, it depends on what metric is used.

When it comes to state finances through tax revenue, the answer is a pretty clear “yes.” Marijuana brings in a large amount of tax revenue, although it isn’t enough to solve every budget crisis that happens.

For public health, DUI is a real concern when it comes to marijuana, but the fears about rampant teen use are misguided. While it wasn’t mentioned, there are also medicinal benefits of weed to consider, although medicinal marijuana has been legal in Washington for much longer than recreational weed.

It may also be too early to tell if we’re better off from a long-term point-of-view, as it hasn’t even been legal for a decade. The coming years will be when people can really start looking at what the long-term effects of the decision were, and if they have put us in a better place.

Have a tip for our investigative team? Send us your tips to investigators@krem.com