A new program by the Department of Ecology is working on striking out toxic chemicals that are sitting in fire departments all across the state. 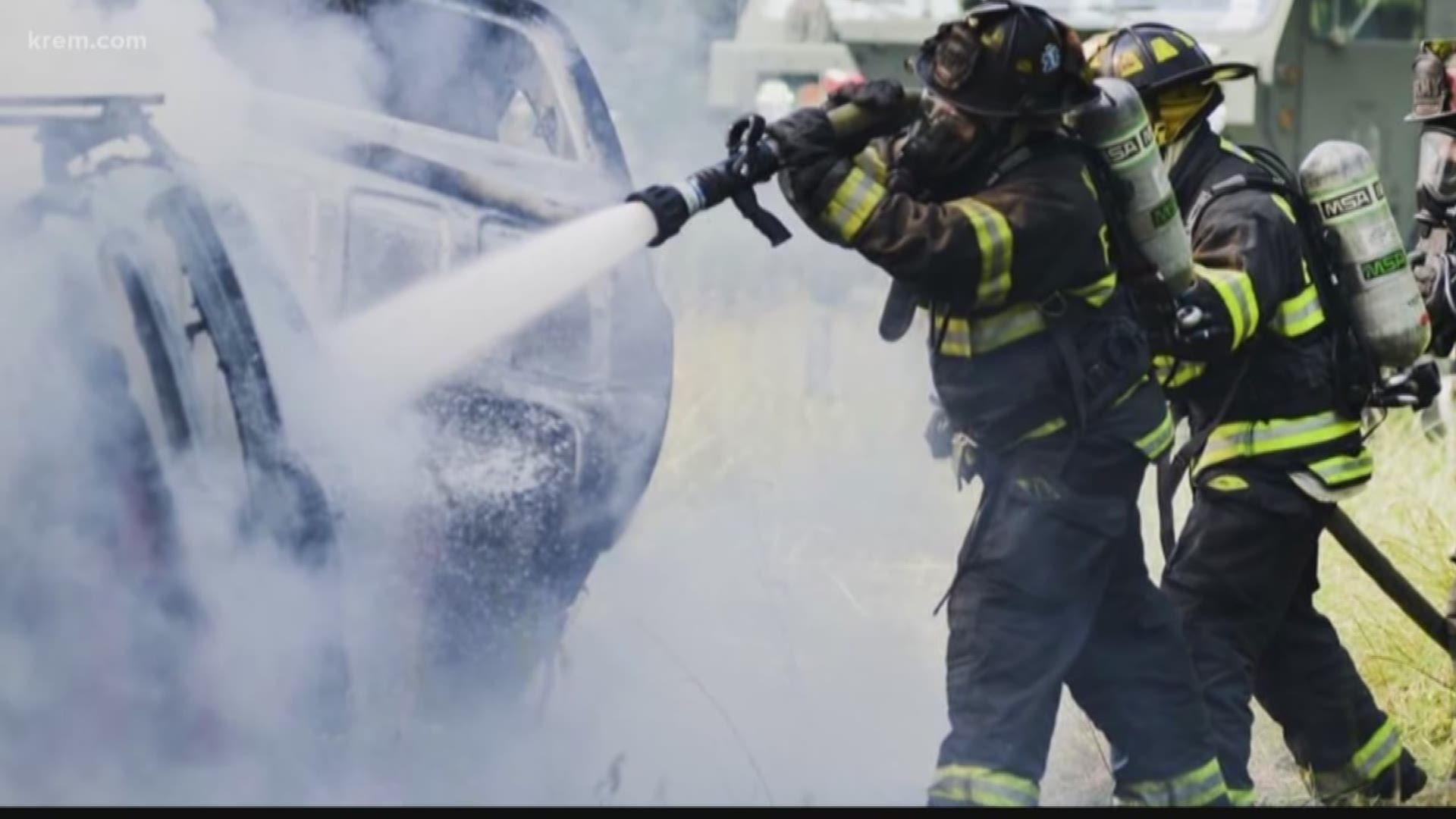 SPOKANE, Wash. — A special foam used to extinguish fires was banned from being sold in Washington because of its connection with toxic chemicals. That ban left fire departments all around the state with a supply of foam they couldn’t get rid of and that’s where the Department of Ecology steps in to help solve the problem.

The chemical inside of the foam includes per and polyfluoroalkyl substances which are known as PFAS. There’s no natural breakdown to remove it from the environment and it’s been known to contaminate drinking water.

Fire departments like Station 81 on the South Hill believe getting rid of the PFAS foam reduces some of the dangers that come with their job.

“Anytime that we as firefighters can do something to make our own workspace safer, we’re going to do that,” Captain Jeff Wainwright explained.

The plan to dispose of those toxic chemicals will go through a company called Clean Harbors. They’ll collect the foam and dispose of it at a licensed hazardous waste center in Utah, Texas, or Arkansas. Those centers will then incinerate the foam to eliminate them permanently.

“It’s what we consider a forever chemical so once it’s out there it’s very hard to get rid of,” said Elaine Snouwaert who’s the Department of Ecology Local Source Control Coordinator. “That’s part of the reason why we’re approaching this. We want to get it at its source and get it out of the environment before it gets out there.”

The department received $2.5 million from the state legislature to fund this new toxic takeback program.

There’s not an exact number of how many fire stations in Washington still house the foam, but a survey is being put out by the department that will help them target the ones that do.

“Cancer in our line of work is the number one duty-related death currently and it is something that is very near and dear to us obviously,” Wainwright said. “We’re going to do everything that we can to take ourselves out of that environment if possible.”

There are newer foams that firefighters can use without the compounds found in PFAS but the Department of Ecology is still looking into safer solutions.

RELATED: Airway Heights chosen one of 8 locations to be tested for PFOS and PFOA