The lawsuit claims the defendants knew that "PFOA and PFOS were highly soluble and mobile in water, highly likely to contaminate water supplies and other sensitive receptors, were persistent in the environment, and would bio-accumulate in humans causing serious health effects." 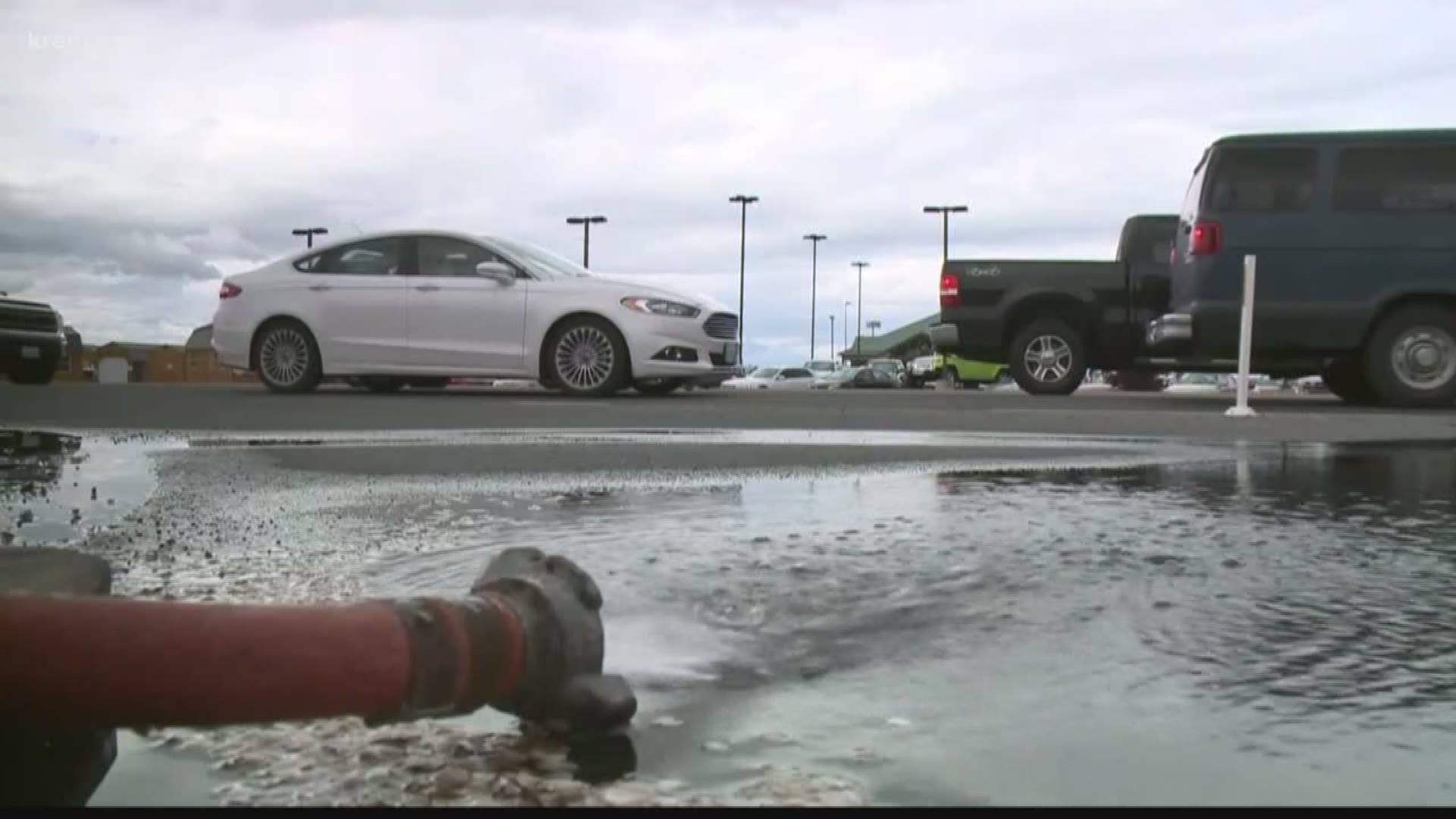 SPOKANE, Wash. — Three land owners in Airway Heights and Medical Lake are suing the United States, the Department of Defense and the Air Force over groundwater contaminated by firefighting foam pollutants since the 1970s.

Lawyers on behalf of Vincent Fiattarone, Bradley Shrum and Jan Shrum filed the suit in federal court on Nov. 2. The land owners claim they suffered financial losses from the contamination.

Fiattarone claims he suffered financial losses “when Defendants’ tortious contamination of his property and groundwater caused a contracted buyer to reverse plans to purchase the property” in Medical Lake, according to the lawsuit.

The Shrums, who live in Airway Heights, said they took a financial hit “when they were unable to sell the crops from their family farm, which had been irrigated for decades with contaminated groundwater, and when the value of a rental home on their property was reduced due to the contamination of its water well,” according to the lawsuit.

Fairchild Air Force Base officials said they began testing for contaminants called PFOS and PFOA in the spring of 2017.

The Environmental Protection Agency had just issued an official drinking water health advisory, limiting concentrations of the chemicals to 70 parts per trillion. PFOA and PFOS -- perfluorooctanoic acid and perfluorooctane sulfonate -- can cause developmental problems in fetuses and infants, cancer, liver damage, and other health problems.

The EPA's advisory sparked the Air Force to test groundwater around each of its bases.

Testing at Fairchild began in April 2017. By May, the results were in. Some wells bordering the base contained at least 15 times more contamination than the EPA considered safe.

It is believed the contamination started at an old, former fire training site at Fairchild in what is called the ‘burn pit.’ The location is no longer being used for firefighter training and it has not been used for years.

The lawsuit claims the defendants knew that “PFOA and PFOS were highly soluble and mobile in water, highly likely to contaminate water supplies and other sensitive receptors, were persistent in the environment, and would bio-accumulate in humans causing serious health effects.”

According to the lawsuit, Fiattarone was in a 36-month lease with the option to purchase the property with a leaser. The lawsuit claims the leaser dropped out of the agreement once she learned about the “widespread water contamination.”

Fiattarone had his well water tested twice for PFOS/PFOA, according to the lawsuit. Both times the test showed levels higher than what is declared safe by the EPA, the lawsuit claims.

Fiattarone claims in the lawsuit that he lost an additional $14,823 due to the well contamination, which includes legal fees, loss of rental income, realtor commission and water testing.

The Shrums have owned 16.82 acres of land in Airway Heights since 1982 and they farm various types of hay and wheat for human consumption, the lawsuit said.

According to the lawsuit, the well that supplies their home and vegetable garden was tested and was “found to be contaminated with levels of PFOS/PFOA far in excess of those declared safe by the EPA.”

Another well on the farm used to irrigate crops was also found to be contaminated, the lawsuit said.

The lawsuit said the Air Force contracted with the Shrums to provide a filtration system for the domestic well on the property. As of Oct. 2018, it is unclear if the water is still contaminated and the family still cannot drink the water, the lawsuit claims.

If the filtration system doesn’t work, the Air Force intends to hook the property up to the Airway Heights municipal water supply, the lawsuit explains. If this happens, the Shrums, and any future owner of the property, “will pay in perpetuity a minimum of $100 per month for water, rather than the $30 per month it currently costs to maintain the well and pump,” the lawsuit claims.

The lawsuit said the Shrums experienced a massive crop failure in 2017 and in 2018 they didn’t plant a crop “due to the likelihood that the crop would fail again due to the contaminated soil.”

The Shrums also couldn’t plant the crop in 2018 because their Federal Crop Insurance carrier would not insure crops if they are irrigated with contaminated water.

The US government has not responded to the suit.