The City of Spokane used to secure seasonal shelter contracts for warming and cooling centers. But this approach was only a temporary fix. 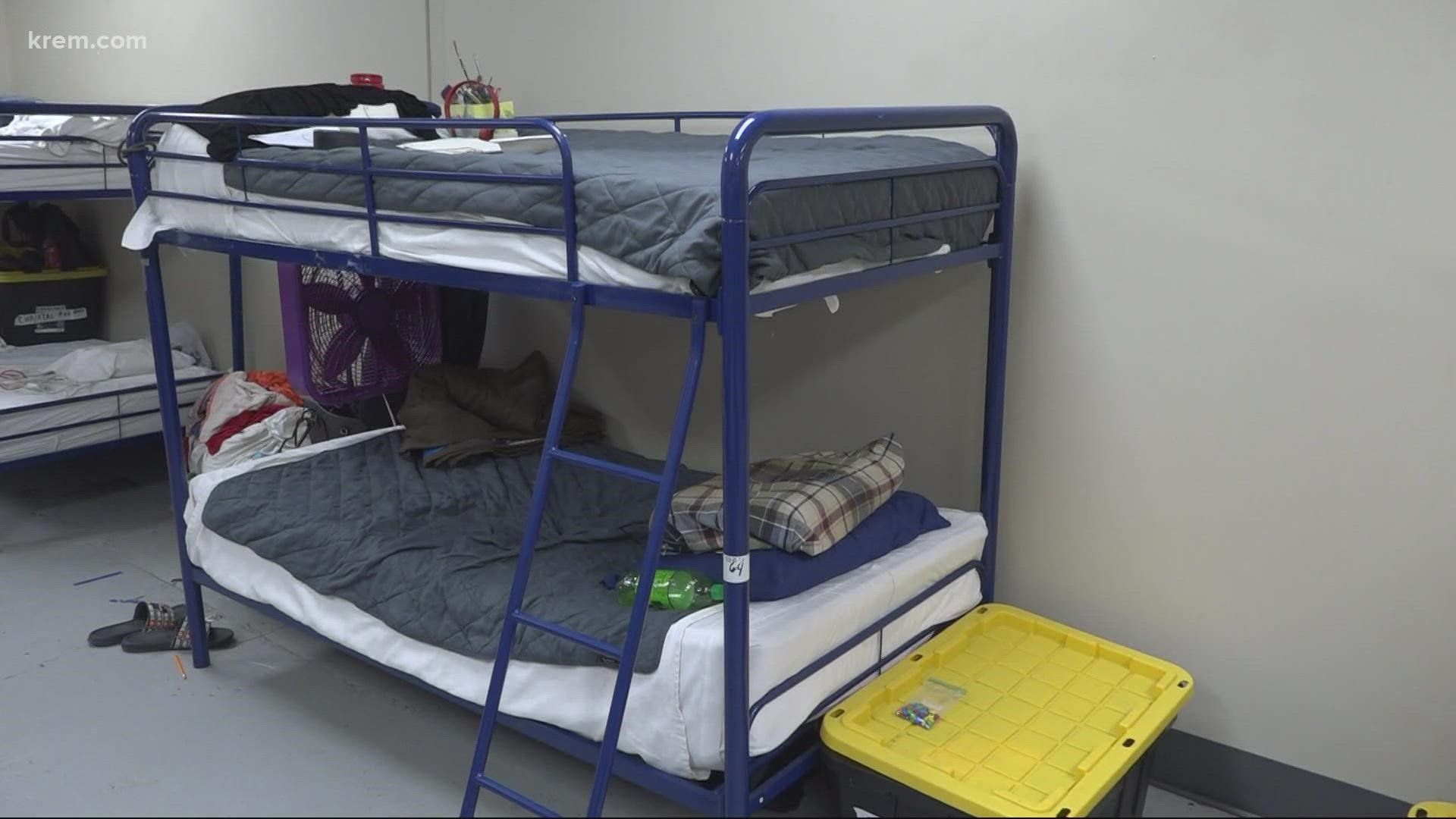 SPOKANE, Wash. — A new statewide poll shows that Washingtonians agree homelessness is the top issue facing the state legislature. We investigated this issue in Spokane and share what steps the city is taking to address it.

Addressing homelessness is a work in progress. That's according to Spokane city mayor Nadine Woodward's office. But her office said it has seen significant gains in the last year and a half to making the system more efficient and addressing the needs in the community.

The City of Spokane used to secure seasonal shelter contracts for warming and cooling centers. But this approach was only a temporary fix.

It's now transitioned into securing year-round contracts with multiple organizations.

Truth Ministries and the Guardians Foundation each entered a year-round contract with the city to provide night by night and day use shelter services. The Salvation Army is also expected to open the Way Out Center in mid-December. It will offer a service intensive referral program, working with 60 people at a time.

"This program really is designed to help folks exit homelessness permanently," Major Ken Perin, with Spokane Salvation Army said. "It's not a drop-in center where they can come and go as they please. It's really a program designed to be that safe space where they know they're going to have a bed every night. And if they continue to work their program. We're going to continue to work with them."

"We are doing more than we ever have," Beggs said. "But the problem is getting so much worse that we are not getting ahead of it. And that's the challenge. We have so many of our community members who are from here, who don't have shelter. They're either living outside, they're sleeping in their cars, and it's really a travesty."

As we head into the winter months, though, Beggs is concerned the city still doesn't have enough cold weather shelters available.

Something he hopes the city can address soon.

The Mayor's office did confirm the 2022 proposed budget includes building an additional large shelter outside the downtown core.