The spike in cases for Whitman County comes as WSU students return to Pullman for the fall semester, though instruction is online only. 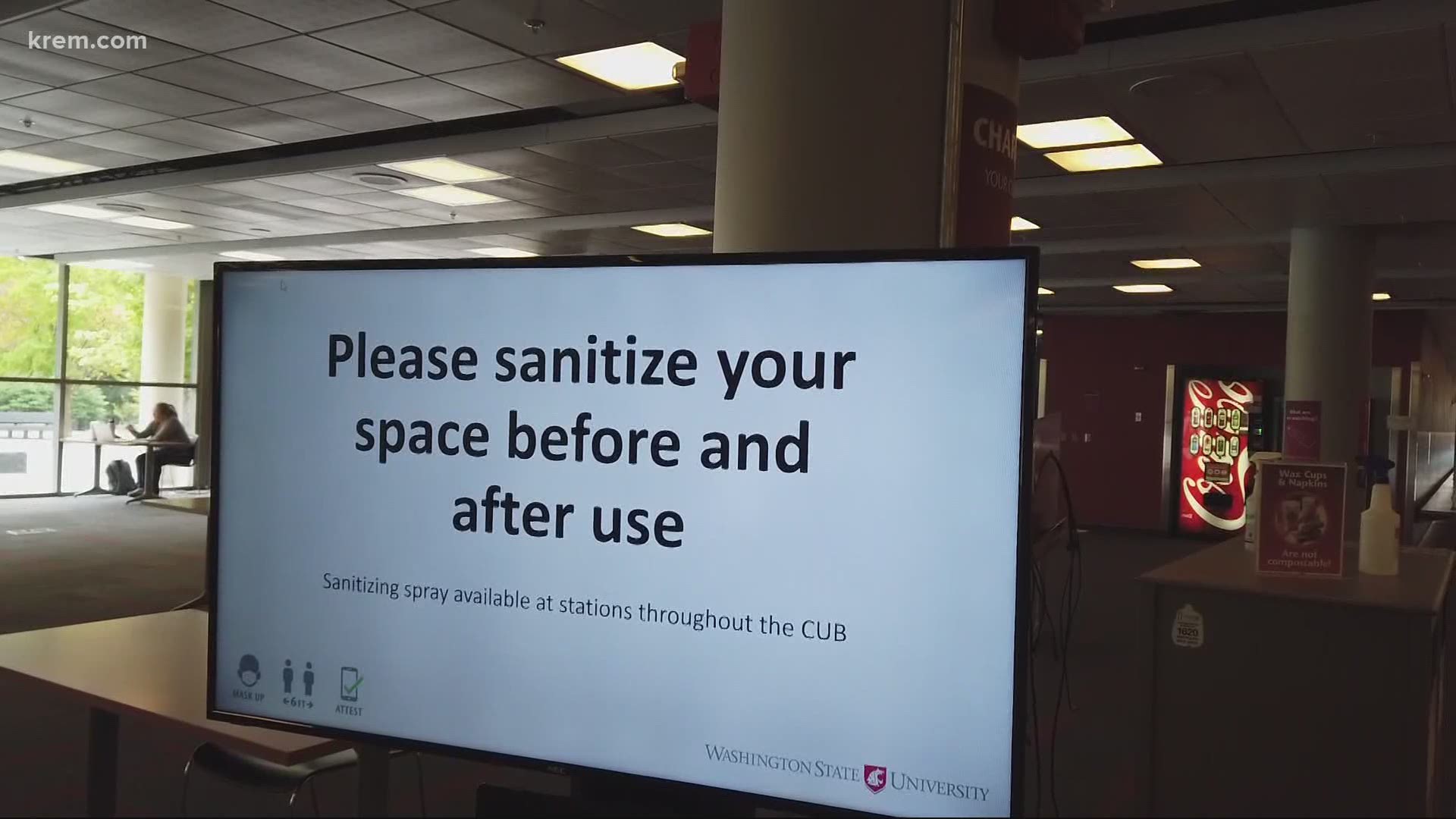 Whitman County health officials said current air quality concerns have hampered COVID-19 testing efforts. The recent decrease in positive test results should not be assumed to be a result of an associated decrease in viral activity.

Four of the new cases were among people under the age of 20, and another seven people were between the ages of 20 to 39, according to a news release from Whitman County. All are stable and self-isolating.

In total, Whitman County has seen 1,065 positive cases since the COVID-19 outbreak began.

The county had very low rates of coronavirus until late August.

WSU suspended COVID-19 testing due to poor air quality. According to WSU Spokesperson Phil Weiler, the school was forced to suspend testing at the Cougar Health Services Center and at the National Guard location at noon last Friday.

The Washington National Guard resumed coronavirus testing at the Washington State University campus on Tuesday after the temporary stoppage.

The increase in COVID-19 cases began as some WSU students returned to Pullman for the fall semester, though instruction began online only on Monday, Aug. 24. The school had urged students not to return to campus due to the increase in coronavirus cases in Whitman County.

The university said they traced many new cases to parties in Pullman held in private homes or apartments.

Whitman County is experiencing a delay in receiving lab results. Whitman county Public Health said this has artificially reduced local numbers and they are working to resolve the issue.

Troy Henderson, Whitman County Director of Public Health, has not said specifically how many of the new cases are among students, but he said it's safe to assume that many, if not all, of the new cases in young people are WSU students based on Pullman's population.

The Pullman Police Department is working to educate the public on the city’s mask mandate. Officers will participate in community outreach, patrolling different areas to speak with residents. They are focusing mainly on education by giving warnings.

If someone is not wearing a mask, they could technically be fined up to $5,000 or spend up to 365 days in jail. No one has been arrested so far.

RELATED: Pullman police respond to a dozen of party complaints despite COVID-19 warnings