Educators and licensed childcare workers can schedule with providers right away, the state announced. 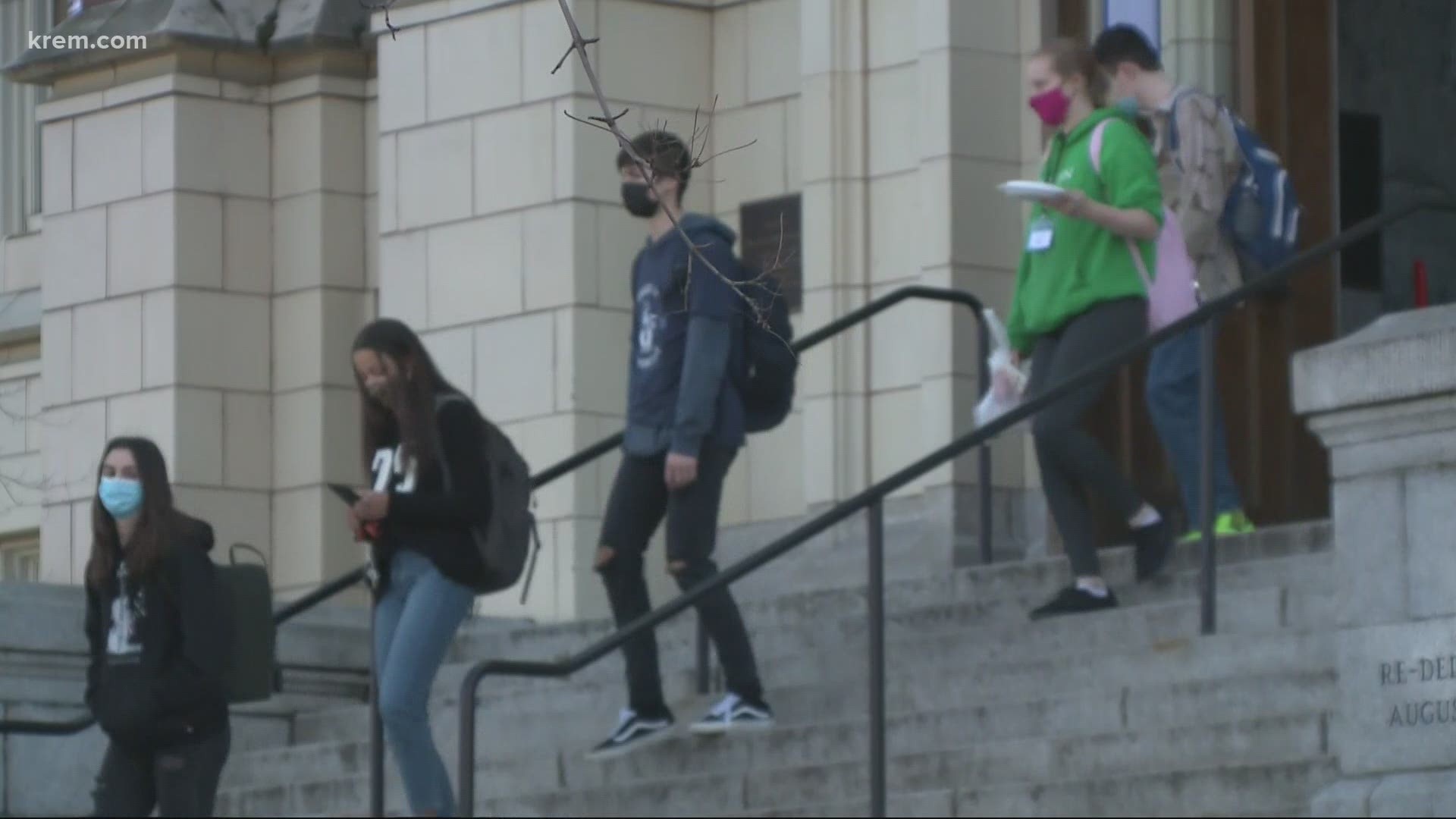 Washington state teachers and childcare workers are now among those who are eligible for a COVID-19 vaccine, Gov. Jay Inslee announced.

While teachers and educators can start making appointments right away, the state's Phase Finder tool may take time to update.

Before Tuesday's announcement, Inslee had been promoting a reopening of classrooms with several visits to schools with in-person learning, while teachers' unions have been calling for districts to pause school classroom reopenings, with teacher access to the vaccine as a major health and safety issue.

Inslee previously resisted moving teachers up in priority, saying that the state needed to focus on ensuring enough vaccines for health care workers and people over 65, who have been more susceptible to serious illness or death from COVID-19. More than 20 other states, including Oregon, have already allowed teachers to get vaccinated.

That changed Tuesday when President Joe Biden called for states to put teachers on the vaccine priority list and to get every educator and child care worker at least one shot of a vaccine by the end of March. Biden also announced that by May, the U.S. will have enough vaccine available to any adult who chooses to get the shot.

The Washington Education Association thanked Biden for the change in guidance.

"This should bring a huge sense of relief for educators who have been working in-person for weeks or months," said union president Larry Delaney.

“This should give educators more confidence to return to in-person learning and that it can be done with the safety protocols that are being used by 1,400 other schools in our state right now," Inslee said in a prepared statement.

"We expect this priority on vaccinations for school employees will speed up the timeline for many districts who are working to begin or expand in-person learning," he said in a prepared statement.

"We continue to work with Kaiser Permanente and we are pleased our ‘Get Ready’ plan will be ready to move forward. Local partnerships in other areas of the state have already been established. Between Kaiser Permanente, local partnerships, and the Biden Administration’s push for vaccines through the Federal Pharmacy Program, school employees in every region of the state will have access to at least one dose of the vaccine this month."

According to the Office of the Superintendent of Public Instruction, there are about 160,000 public and private K–12 school employees in Washington state.

Seattle schools Superintendent Denise Juneau, whose district has been bargaining with teachers on the return to in-person learning, released a statement supporting the change.

"While this is very good news for Seattle Public Schools educators, as well as educators across the state, this is excellent news for students," said Juneau, in a prepared statement. "Vaccinations for educators has been a hot issue as our district, and other districts, move as quickly as possible to resume in-person instruction."

About a third of students throughout the state already are participating in some form of in-person learning. Reykdal and Inslee have previously said that districts had demonstrated that it was possible to open in-person classrooms safely.

However, Reykdal said Tuesday that the change in state and federal policy was welcome.

"The data and research show that if schools follow all health and safety requirements, they can safely reopen without widespread vaccination within the school community. However, like President Biden, we know vaccination of school employees is an additional layer of protection that will provide comfort to staff, students, and families," Reykdal said.

The state Department of Health said that it is working on a plan to support the addition of teachers to Phase 1B, Tier 1.

"School staff and childcare workers were already in the next group to become eligible for vaccines, and our state was moving to vaccinate them in a matter of weeks. This announcement represents a faster timeline than originally planned, and the department is engaging partners on a robust plan to support this directive," the department's statement read.

On Wednesday, Washington state Secretary of Health Dr. Umair Shah said along with the announcement that teachers were being prioritized for the vaccine, it also appeared the Biden administration was laying the groundwork for how to accomplish this. Biden announced qualifying individuals will soon be able to sign up to be vaccinated at a pharmacy near them.

This is "welcome news," Shah said.

Others in Phase 1B, Tier 1 include those over 65 years old and older and all people 50 and older who also live in a multigenerational household.

RELATED: How to use Washington's Phase Finder tool to determine your COVID-19 vaccine eligibility

Those covered by Phase 1A also are still eligible: health care workers at high risk for COVID-19 infection, first responders, people who live or work in long-term care facilities, and all other workers in health settings who are at risk of COVID-19.

The Department of Health said the state remains committed to vaccinating older and vulnerable populations.

Inslee also said his office plans an announcement soon on when other critical workgroups — including grocery stores, farmworkers, food processors, bus drivers, corrections workers and others — would have access to the vaccine. 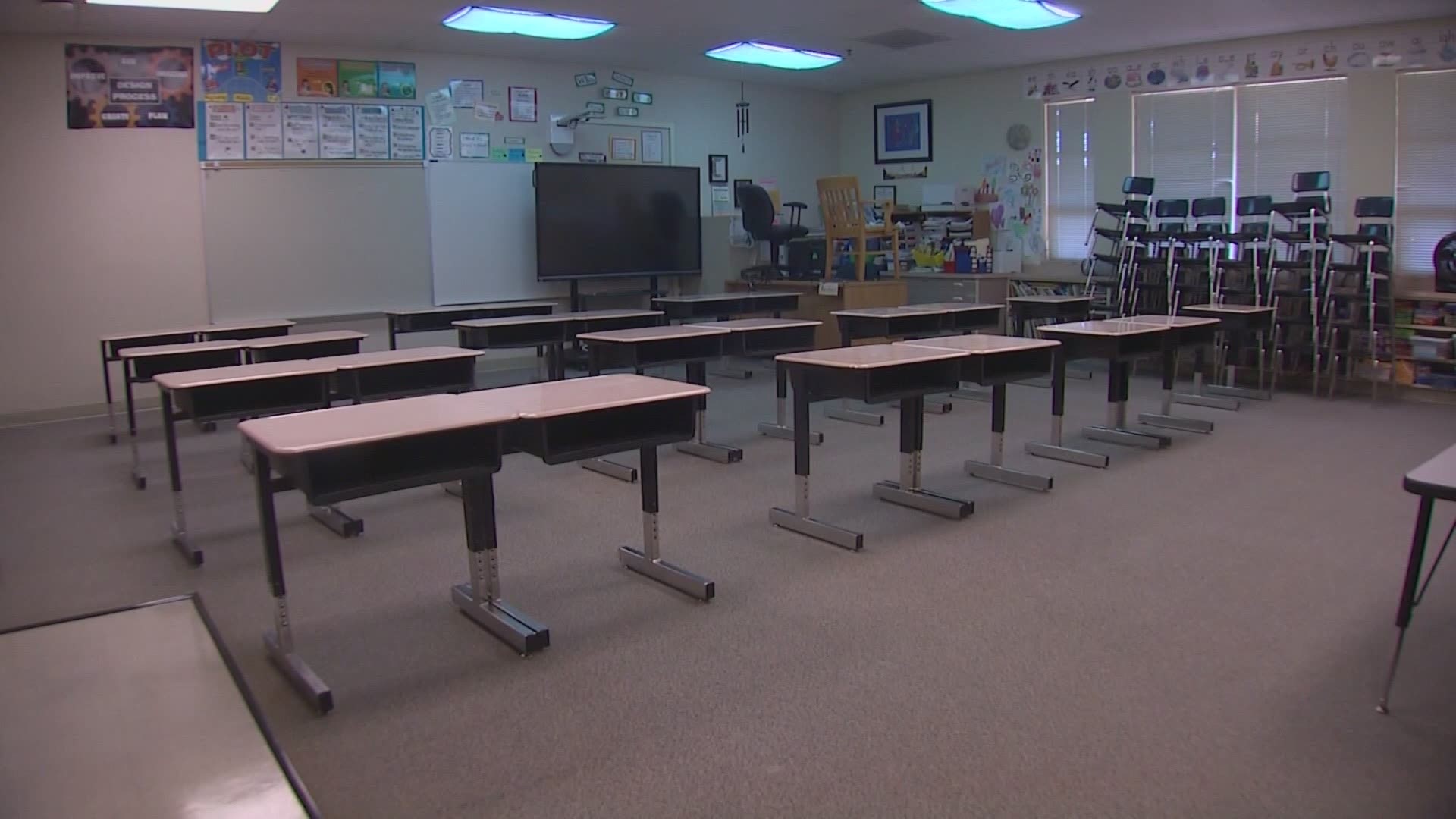