'She was just starting her life': Spokane mom loses 25-year-old daughter to COVID-19

Alli Marsh died suddenly about one week after she was diagnosed with COVID-19. Her mother said she did not have underlying health conditions. 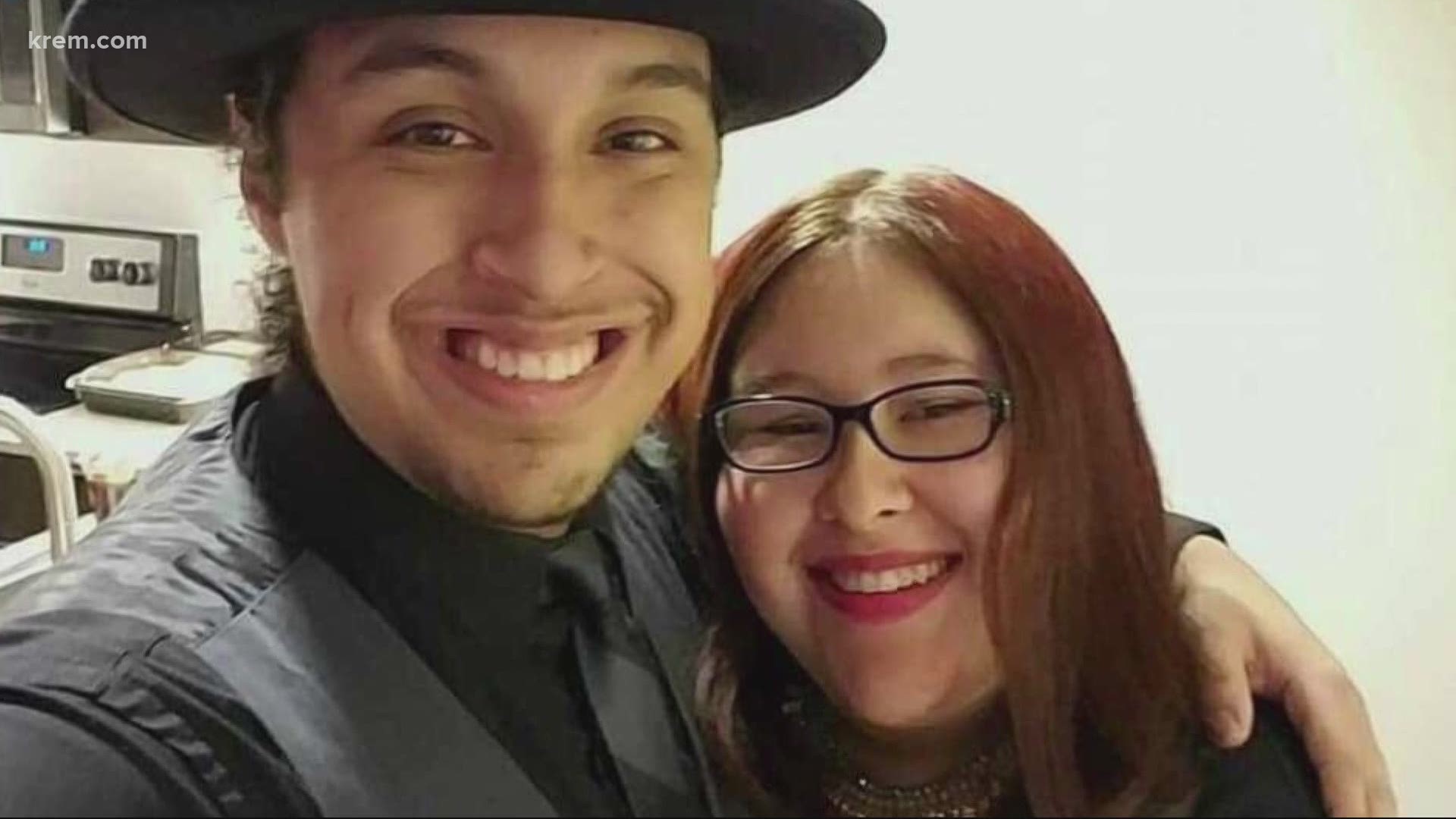 SPOKANE, Wash. — Jacqueline Porter Martone's 25-year-old daughter, Alli Marsh, was about to embark on one of the most exciting journeys of her life. She was engaged to her longtime boyfriend and planning her wedding day for June 2021.

Then, tragedy struck after a COVID-19 diagnosis.

On the night of Tuesday, July 21, Marsh told her fiancé, Adam Chavez, that she was having difficulty breathing. The next day, Chavez asked Porter Martone to take Marsh to a doctor since he was also diagnosed with COVID-19.

While Porter Martone was on her way over, her daughter suddenly fainted and stopped breathing. Chavez called 911 but Marsh passed away soon after.

"I swore I was going to see the ambulance coming down Division [Street]," Porter Martone said. "I could not understand what was taking them so long to get her in an ambulance and get her to a hospital. But...she was deceased when they arrived."

Both Marsh and Chavez heard that COVID-19 was going around their apartment complex, Porter Martone said. They began experiencing mild symptoms and tested positive for the virus about one week before Marsh's death.

Porter Martone said Marsh's loved ones were not aware of any underlying health conditions that her daughter may have had before the diagnosis.

"She never said that their symptoms got any worse," Porter Martone said. "I mean, I kept in touch with her by text while they were quarantining. She just didn't give any indication that she was anything other than just...tired."

Marsh, a 2013 graduate of Mt. Spokane High School, had been engaged to Chavez for several years and was living with him in North Spokane.

"She was just starting her life," Porter Martone said.

Marsh loved both people and animals. Porter Martone said her daughter enjoyed being a "homemaker," doting on her father and Chavez, along with her dog. Her main concern when she was diagnosed with COVID-19 was that her dog would contract the virus, Porter Martone said.

"I think everyone that's ever met her has loved her. She was just a lovable person," she added.

The last time Porter Martone saw her daughter in person was the Fourth of July, when she talked with her and Chavez about their ranch wedding plans. She already had her dress and veil, and was planning to wear a camouflage dress for the reception.

"I'm grateful for those [memories]. But it's easier to think that maybe I didn't do something right in the last week, that maybe I should have...checked on her more," Martone said.

Porter Martone shared several fond memories of Chavez, including one where he wore a suit, tie and fedora when she met him for the first time.

"He called her dear. He spoiled her. I thought he spoiled her too much," she said with a laugh.

Marsh told her mother that she would marry Chavez since the day she met him.

"Together they were just like a unit that was meant to be," Porter Martone said. "They were both entirely just themselves together. And they loved each other and enjoyed each other, and I'm just so thankful that she had that."

Porter Martone saw her daughter's wedding dress for the first time when Chavez brought it to her to send with the funeral director.

When the family is finished self-isolating after their exposure to COVID-19, they will hold a viewing with Marsh in her wedding dress. Porter Martone said both Chavez and Marsh's father deserve to see her in it.

Though Porter Martone wants to honor her daughter's life, she won't encourage other people to attend the viewing for safety reasons.

Porter Martone's message for loved ones of those who have been diagnosed with COVID-19 is to be vigilant and know that the situation can change very quickly. She also urged people to call 911 if someone is experiencing difficulty breathing.

"I'm not someone that didn't believe in [coronavirus]. I've been someone that wears a mask," Porter Martone said. "But I was not the least bit concerned about catching it and I was not concerned when Alli was diagnosed with it and her fiancé. I was not worried at all."

"Now that we know...the choices we make have to be made now knowing that this is happening to people that we love," she said.