“Just wear the mask. It’s easy. Is it uncomfortable? Yeah. Do I like it? No," said Julian's mom, Tessa Woodworth. 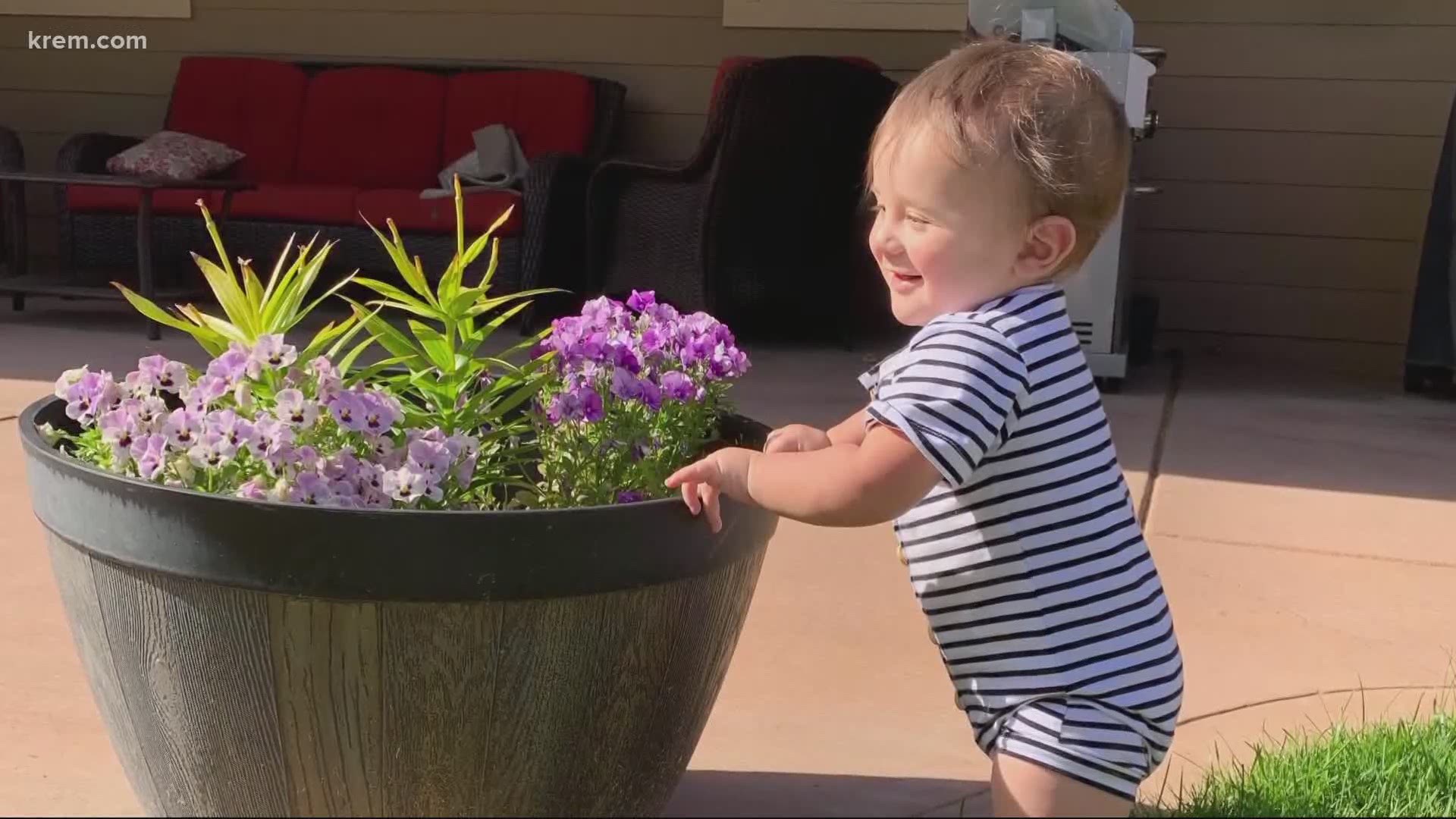 SPOKANE, Wash. — Tessa Woodworth's son is a normal, 10-month-old baby boy: curious and happy. That's why the Spokane Valley mom knew something was off when Julian was barely moving while lying in her arms.

Woodworth began to notice symptoms on the night of Wednsday, July 15, when Julian began acting agitated and wouldn't eat. By Thursday, July 16, his temperature rose to 99 degrees and then 101.

"He just wanted to be in my arms and held. He wouldn't eat," Woodworth said, adding that Julian had thrown up in the middle of the night.

The situation went downhill from there, Woodworth told KREM. She described her baby as "completely lethargic."

"So I called his dad, crying, 'Get home now. We've got to take him in.' He started to shake in my arms," she said.

The family took Julian to the emergency room at Providence Sacred Heart Medical Center in Spokane, where he was tested for COVID-19 as part of the hospital's procedure during the pandemic.

They left the ER before they got the coronavirus test results, but the virus wasn't at the forefront of Woodworth's mind as doctors hadn't mentioned it as a possibility. Before they left the hospital, Julian had been diagnosed with a bladder infection.

"The bacteria that was in his urine was so different and weird, that they weren't even exactly sure 100% that it was a bladder infection but that's how they were going to treat him."

When the family returned home, Woodoworth received an online notification that Julian had tested positive for COVID-19.

Though doctors aren't sure what caused Julian's symptoms, one doctor told Woodworth that she thinks his high fever was "definitely related to COVID" rather than the possible bladder infection, she said.

The syndrome bears a resemblance to a rare illness called Kawasaki disease.

Woodworth said doctors did not mention MIS-C as a possibility in Julian's case.

"It was just incredibly scary and it was really frustrating to not get a straightforward answer of what was causing such a high fever," Woodworth added.

The new mom described the experience of seeing her baby so sick as "terrifying."

"We’re so lucky to have a healthy baby, and when that’s ripped from you and you have no control, it’s the scariest feeling in the world," she said.

1 / 9
Courtesy
Julian and his mom, Tessa

For now, Woodworth and Julian's father are self-isolating and acting as if they have tested positive, though they do not have COVID-19 symptoms. They have also told their close contacts about Julian's diagnosis.

Woodworth wants people to know that this can happen to anyone — even those who are taking precautions. She is working from home and the family has avoided going out to eat at restaurants, she said.

Though some of Julian's symptoms have improved, Woodworth said he is still throwing up, won't eat and can't keep his medication down. His fever breaks often but will sometimes climb back up to 101 degrees.

Woodworth said she didn't feel strongly about masks before her son's positive test result, but now she is urging people to wear one to help protect others from the virus.

“Just wear the mask. It’s easy. Is it uncomfortable? Yeah. Do I like it? No. But to prevent anyone from going through something like this, I think it’s easy to just put on a mask," she said.

RELATED: What science says about masks

Woodworth said she feels frustrated as the family is stuck in limbo. Julian's doctor told them to watch for several symptoms, including a fever above 101 degrees, a lack of wet diapers, or refusal to eat or drink. If Julian develops a cough or runny nose, doctors told the family he should be seen again.

“That was part of our frustration is, ‘What is next? What do we do next?’” Woodworth said.

RELATED: Can a pregnant woman spread the coronavirus to her fetus?