D. Lish’s Hamburgers in Spokane recently closed its lobby because they do not have enough staff to meet the demand. 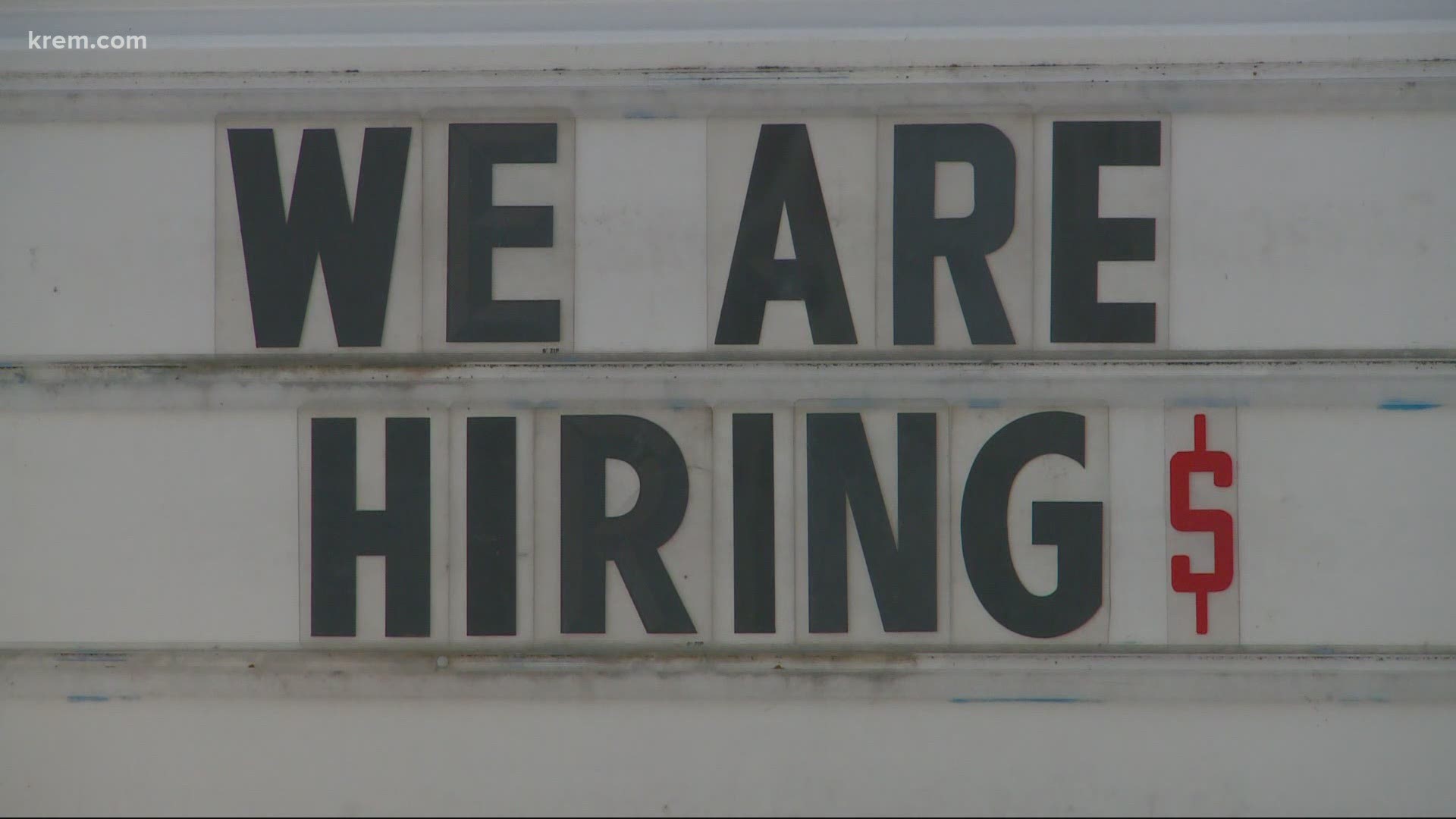 Spokane business owners are desperate for employees, but they are struggling to find anyone who is interested in taking the job. D. Lish’s Hamburgers recently closed its lobby because they do not have enough staff to meet the demand.

“I’ve got about five positions I need filled right now," Michael Lish, owner of D. Lish’s Hamburgers said. "I'm having a hard time finding people to work day shifts, Monday through Friday. And in the restaurant business, that's always been the easiest one to find.”

Lish said he’s scheduled 150 interviews since January. Of those prospective hires, only 10 people showed for their interviews.

SPOKANE JOBS: There are so many “we are hiring!” signs posted around Spokane. In fact, businesses are struggling to find employees who are willing to take the jobs. Find out why in my story at 5! @KREM2 @SpokaneCity @washrestaurants #WAjobs #unemployment #pandemic pic.twitter.com/mhNjE7KPAW

“I'm completely perplexed why somebody would do the work, and then not actually show up for the interview," Lish said. "Last week, we had a gentleman who had called a few times and really wanted a job. I said all right, be here on Friday at 11 o'clock. He obviously wanted this job because he was calling. He never showed up.”

Trailbreaker Cider in Liberty Lake is also looking for people to hire. On Sunday, Trailbreaker posted it is hiring kitchen staff.

“It remains to be seen just how challenging this will be," Owner Trent Maier said. "But I'm anticipating it to be a little bit of a challenge."

Last year, Trailbreaker also had its fair share of interview no-shows. But only a day after posting the job, they have already received a few resumes.

"It looks as if it will be promising, but we'll have to see if they even show up for the interviews," Maier said.

The Washington State Employment Security Department (ESD) has paid more than $17 billion in benefits to over one million Washingtonians since March 2020.

Both business owners could not say exactly why it’s so difficult to find people to hire. But they suspect some people are earning more on unemployment or many are not yet comfortable with coming back to work yet.

"One of the unintended consequences here is when the unemployment from COVID starts running out, a lot of people will find that a lot of the jobs that were there before, aren't there now," Lish said.

“I have heard from operators around the state that the uncertainty of the phases makes hiring difficult. People understand that if their county rolls back to Phase 2, they could lose their job," he said.