A group of physicians reached out to KREM 2 saying they were concerned about how the vaccine was being distributed. 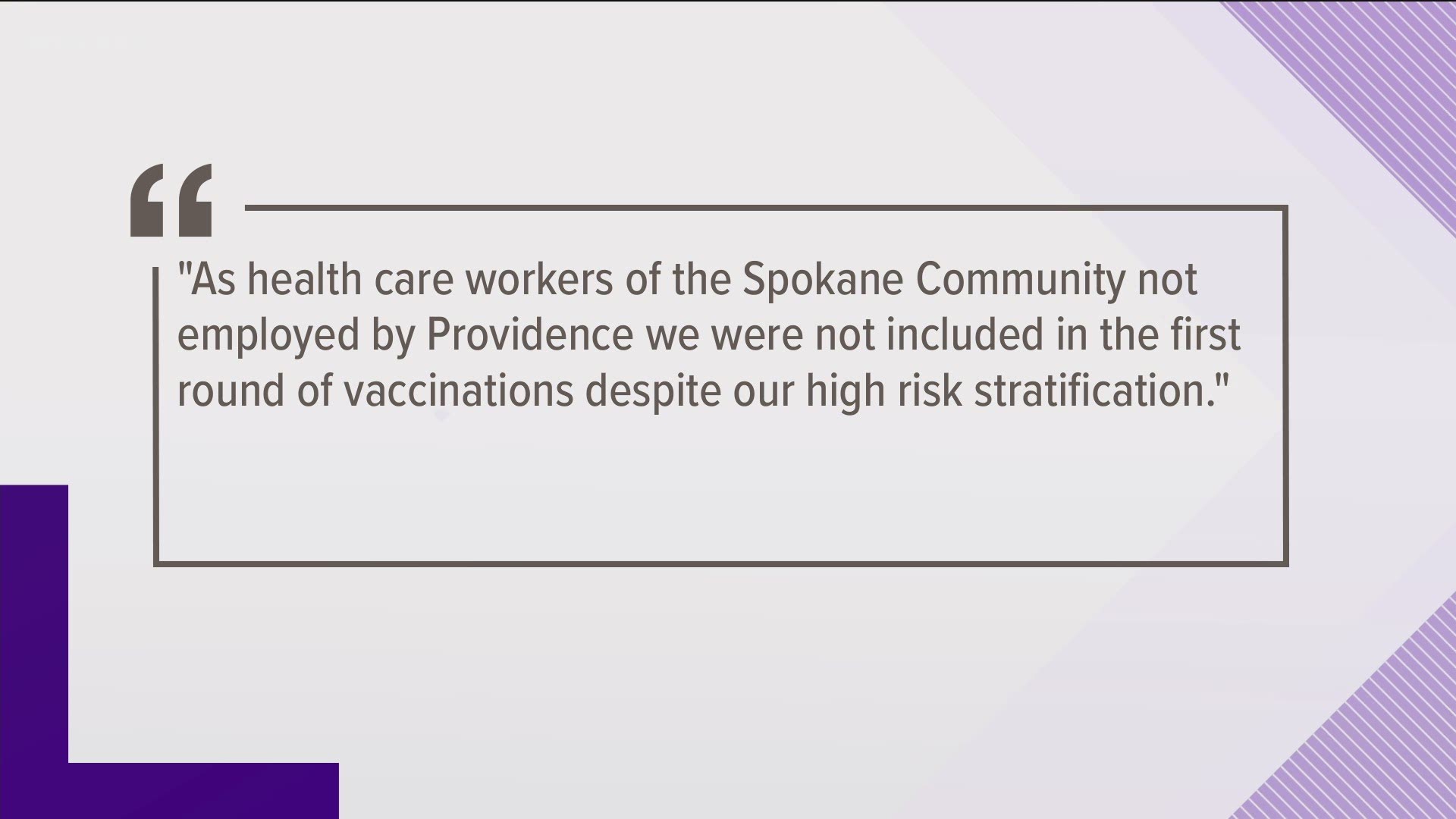 SPOKANE, Wash — A group of independent Spokane physicians are raising concerns about how the first round of the coronavirus vaccine is being distributed.

Several of them, who wished to remain anonymous, sent a statement to KREM 2’s Whitney Ward.

"As healthcare workers of the Spokane community, not employed by Providence, we were not included in the first round of vaccinations despite our high-risk stratification," they said in the statement.

They said some colleagues not deemed at a high-risk, including some who work from home, have been offered the vaccine, while they have been given no answers about when they will receive the vaccine.

KREM 2 reached out to Providence for comment on the issue.

Chief Medical Officer Dr. Dan Getz said they had a few software issues that excluded some providers, at first. He said they are now manually going over the list of those who are scheduled to get the vaccine to make sure it is distributed properly.

“We knew we were going to hit a few small snags,” said Getz. “This is the first time ever, in a matter of days, that we've received a vaccine that received emergency use authorization. and now we're distributing it.  So I think we're well on our way to having a smooth process.”

“Everybody received an invite, however our non-Providence physicians, there was a little bit of a glitch in the software that made it more challenging for them to register for vaccinations without a providence specific email,” Getz went on to say. “So we've got a workaround that we implemented today. and all of those providers that we've identified have now received an alternative route.”

Getz said he feesl “very confident” that the tool is going to work.

“I feel very confident that what we've done today will remedy some of those issues we've experienced early on in the distribution,” he said.

Providence also told KREM it is actively scheduling providers who were not included in the initial list of providers to receive a vaccine. They hope to have all 3,900 vaccines distributed in the next three weeks.